October 25, 2017
Last night, Kathy and I joined our van Gogh traveling partners, Dan and Darlene Harshberger, down in Scottsdale to go and see a screening of "Loving Vincent," the quasi-animated story of the death of the notorious Dutch painter who cut off his ear and gained immortality.

It was two years ago that Kathy treated me to an extended tour of Vincent's travels, starting with his home town in Holland—Nuenen—then by train on to Brussels, Paris, Arles, San Remi, and finally Auvers Sur Oise (pronounced Aw-ver Say Was), where Vincent van Gogh died of a self-inflicted gunshot. Or did he?

You can get a taste of our adventures as we tracked Vincent's last days, to his death, right here.

As with my recent quest to portray Wild Bill, I left quite a few unfinished van Gogh related paintings in my discard pile, like this one, which I recently found and finished this morning: 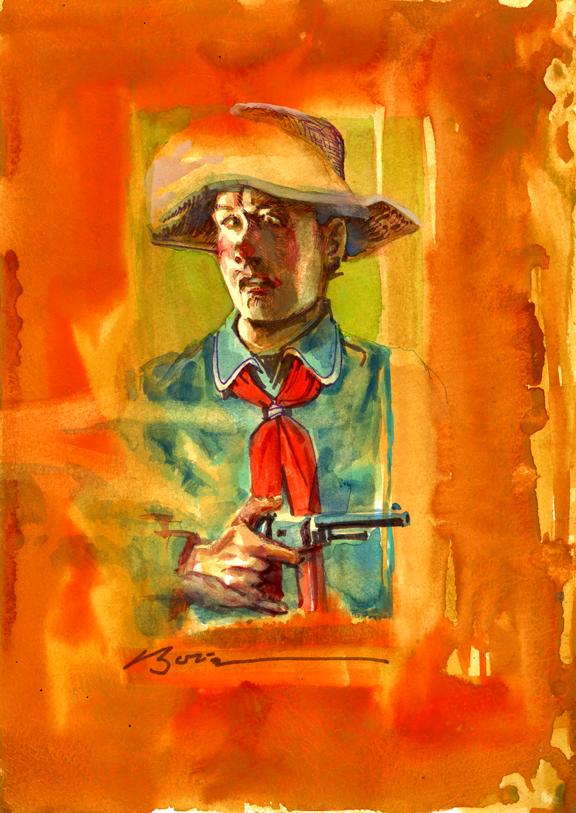 Daily Whip Out: "The Assassin?"


Back to the new movie: the overall result is uneven and my biggest complaint is you really don't get to know Vincent until the last scene when they replicate the self-portrait with the swirls and then freeze frame it. Wow! THAT is the real Vincent, to me, but somehow, maybe because most of the scenes with Vincent are in black and white flashback, he comes off a little wooden, to me. However, there a few sequences that are breathtaking in their accurate portrayal of van Gogh paintings coming to life, and then, more than a few where the second unit, or worse, seems to have colorized live action film to approximate animating (think of the uneven and flat rotoscoping in "Fritz The Cat"). Still, you need to see and support this film. It is a worthy effort and very creative. 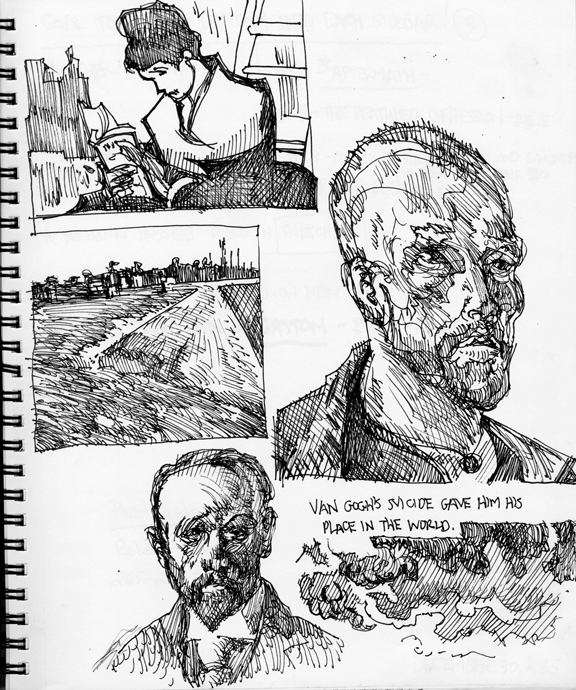 "You must set it down all down at once. Paint in one rush, as much as possible in one rush."
—Vincent van Gogh