October 7, 2017
Second day of the Lone Pine Film Festival. Just did a great panel on "The Image of The American Cowboy: John Wayne and John Ford." The panel was moderated by Ben Mankiewicz, the Turner Classic Movies host (his grandfather wrote "Citizen Kane"!); and, Scott Eyman, who has written excellent biographies on John Wayne and John Ford; Western film historian Ed Hulse; and actor Ed Faulkner, who starred with John Wayne in "McClintock". We hit the ground running and although most of us had never met, we played off each other like seasoned pros. When I referenced being a fan of AC/DC, Mankiewicz asked the audience (average age, 62) if anyone present has ever been to an AC/DC concert, and three people raised their hands and I stood up and gave them a shout out. Ben quipped that he would have "bet the under" on that premise before the vote. Hulse is second to none with his knowledge of early B-Westerns—who was in them, how they were made, who got stiffed and who got laid. Ed Faulkner had funny stories from the set, including playing chess with the Duke:

"You just made your first mistake, Pilgrim."

"That was your first mistake."

I, of course, sang the theme song to "The Life & Legend of Wyatt Earp," and when the entire crowd helped me finish it with loud bravado, and to great applause, Mankiewicz quipped, "When I signed up for this gig I was told there would be no singing."

It was a rare panel where everyone knew their place, took their shots and then lobbed watermelons to the next guy.

Afterwards, I went over to the Lone Pine Film Museum for a book signing. Sat next to William Wellman who has 180 movies and television credits, 17 stage productions and 200 commercials and is the son of the legendary directory, "Wild Bill" Wellman. Bought his book and had it autographed, met some great folks and sold everything I brought with me and I had a ton of people ask me how to subscribe to True West (the main reason I am here).

Also got to hang out and chat a bit with these two lovebirds: 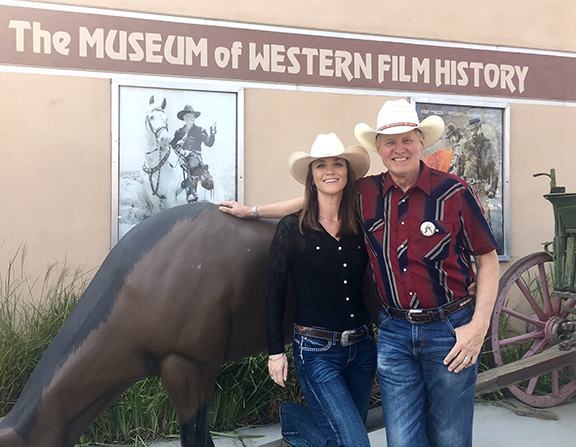 Linda and Bruce Boxleitner celebrating their one-year anniversary this week.

The museum has some of the best lobby cards I have ever seen. Many of them brand new from my visit at last year's festival: 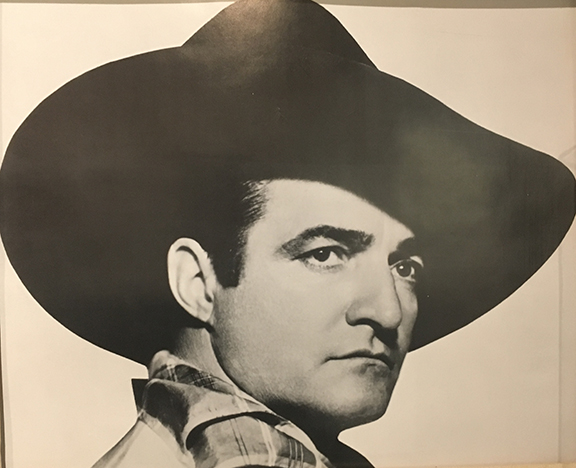 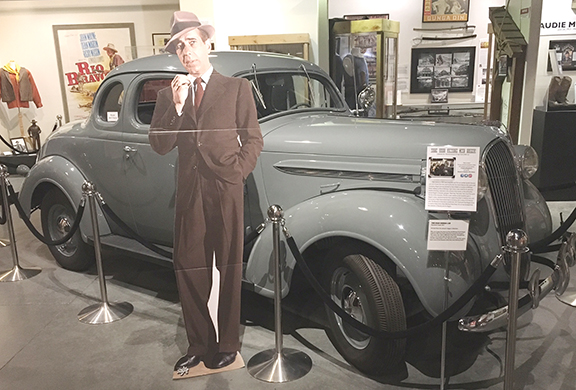 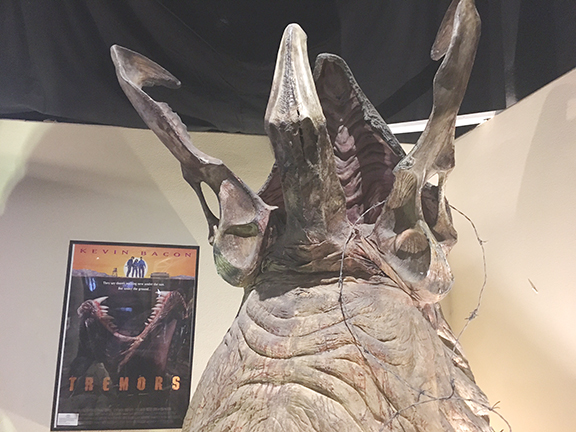 This is a display that celebrates the cult film that is known world-wide. When I was up in the Alabama Hills last year gawking at the sites of countless classic Westerns, a rental car pulled up and one of the two Euro trash kids inside rolled down the window and said, "Is this the canyon where 'Tremors' was filmed?" 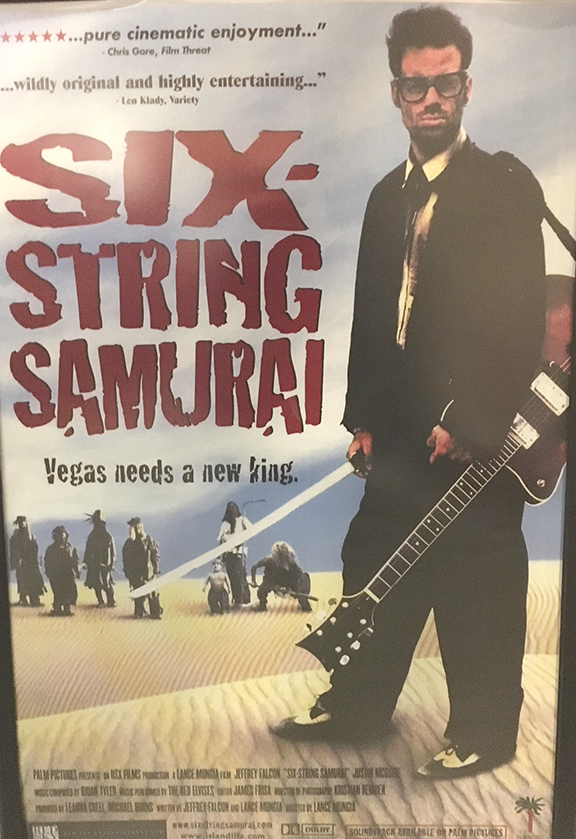 "John Ford is our Homer and the Western is our Illiad."
—Scott Eyman