Zabriskie Has A Point

October 6, 2017
Didn't get a chance to lollygag in Death Valley on Wednesday but I did buy four books and a poster: 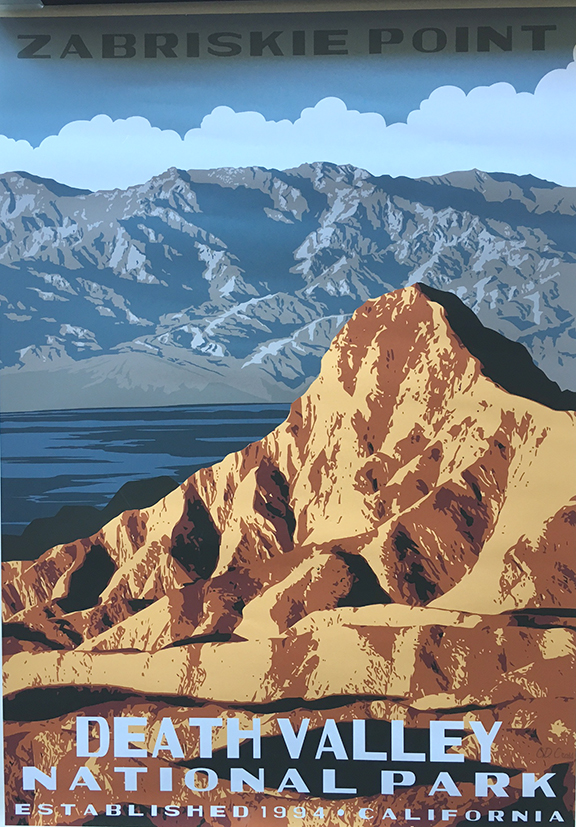 Zabriskie Point poster
Zabriskie Has A Point
A tireless worker for Borax, starting in 1885, Christian Brevoort Zabriskie worked his way up to vice president and general manager of Borax and was instrumental in taking the Borax company into the hospitality industry. In gratitude, the company named a prominent landmark in Death Valley after the loyal producer. The landmark with the exotic ethnic name has gone on to star in a surprisingly broad range of the popular culture. It is the name of the 1970 movie by Italian director Michelangelo Antonioni, with music by Pink Floyd and Jerry Garcia, and, allegedly, the cover of U2's album The Joshua Tree was shot at the location. The 1959 movie "Spartacus" used the location, showing Gladiator school master dude, Peter Ustinov, on a mule trekking to an Egyptian mine to buy slaves. Oh, and the philosopher Michel Foucault went on an acid trip at the Point in 1975 and said it was the greatest experience of his entire life.

Death Valley By The Book
"Nothing prepares you for the scope of the landscape. With 96 percent of Death Valley designated as wilderness, this terrain remains fierce and untamed. Sudden mountains are bracketed by the sultry curves of alluvial fans. A sea of spindly creosote washes up against slanted cliffs with swirls of strata like the grains of exotic woods. Soft gnawed badlands slouch across the valley floor and desert winds etch intricate patterns into shifting sand dunes."
—Roger Naylor, "Death Valley: Hottest Place On Earth" 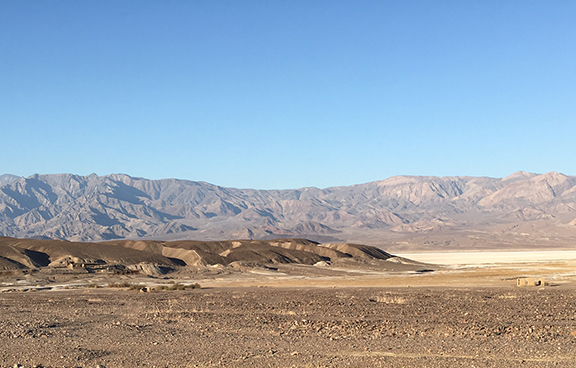 A view of the original Borax loading docks where they hauled out the materials
from the dry Furnace Creek lake bed, seen at right.

"It was an ashen gray through a leaden haze. Iron walled and sun blasted. . .as hateful and horrible as the portal of hell. . . Death Valley will never be popular with men, and is fatal to women."
—Zane Grey, 1918