There Is No Other Charlie Utter

October 13, 2017
Obstacles often lead to creative solutions. My production manager, Robert Ray, took a bad xerox of an old litho down to JC Printing and had them print it out on thick art stock ($4 a sheet) and then I painted over each one, which creates a pretty authentic looking art print, although each one is slightly different. 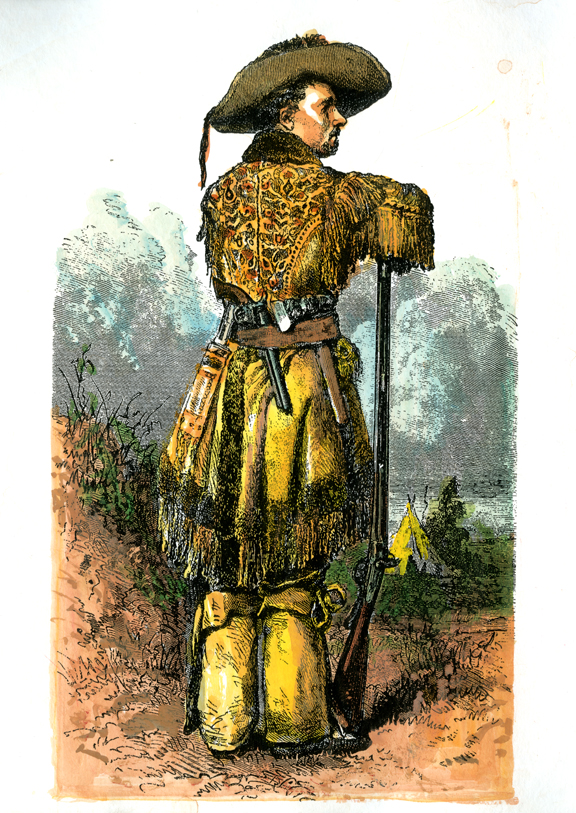 Daily Whip Out: "Charlie Utter, There Is No Other"

Okay, I lied. There is another one, with slightly different coloring: 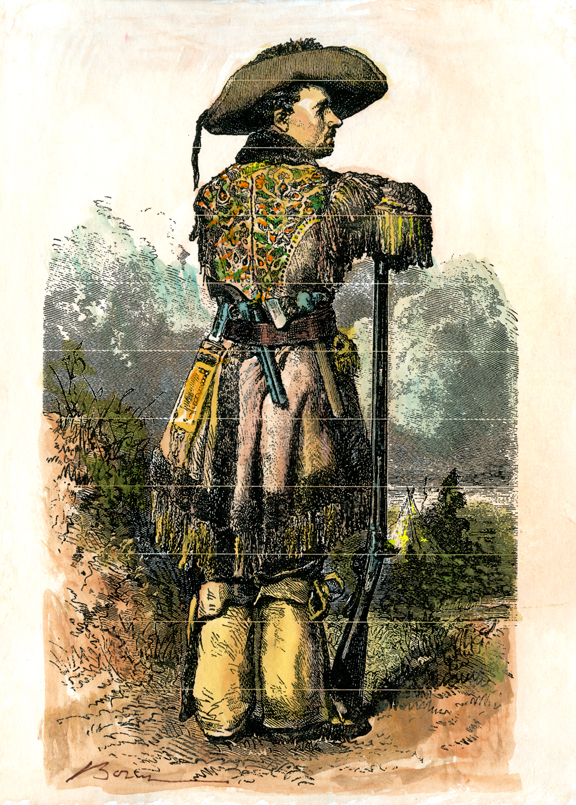 This all stemmed from a funky copyright deal where the original art print had a French publication ownership warning on it and I decided to take matters into my own hands and create my own version of the image. This was my test of the tester, below, on regular typing paper (note paper rippling at top): 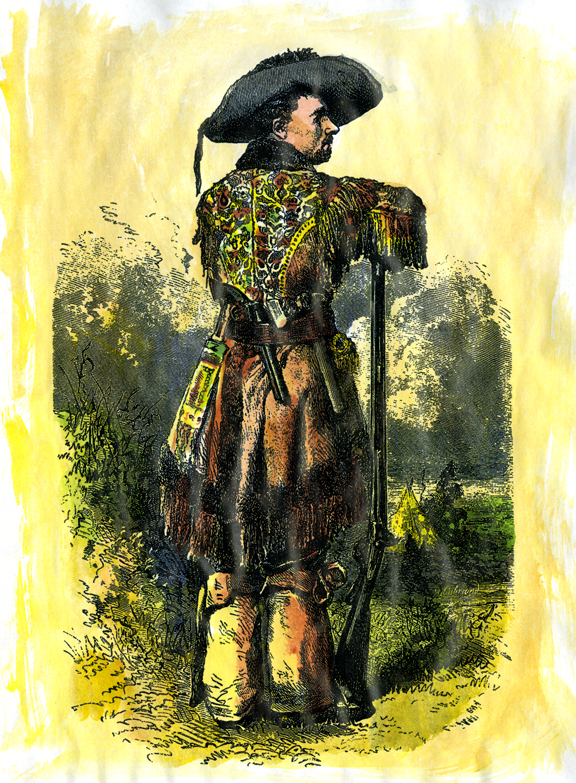 I think I made it mine. It's a full page in the Wild Bill book, since it's Charlie who hand letters Wild Bill's tombstone headboard in a famous photo:

"Colorado" Charlie Utter
According to Wild Bill expert and author, Joseph Rosa, we have to take this drawing of Charlie (also styled as Charley) Utter "with reservation." He doesn't explain, but I assume there is some doubt about it actually being our boy. It was drawn by Janet Lange and published in 1869 in the French magazine Le Tour du Monde (Tour of The World?). This is really early—1869—and predates Buffalo Bill Cody's European tours by a dozen years, or so. Utter evidently grew up in Illinois but moved to Colorado to become a trapper and guide. He was known to be a fastidious dresser and insisted on bathing every day (almost unheard of in the trapper-scout fraternity). He was also a close friend of Hickok's and it was Charlie who arranged for Wild Bill's funeral and paid for the plot.

"If it's true that legend is truth exaggerated to make a better story, then one of the things we historians do best is to ruin a good story."
—BBB