October 19, 2017
Just as you should never say never, a book is not completely done until the press starts rolling, and even then, I have been known to add another 76 pages and multiple new photos and artwork (see Billy the Kid, Book One vs. Book Two). 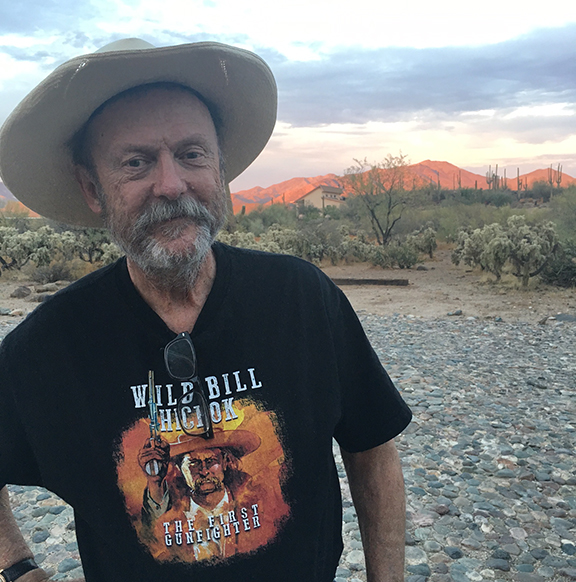 Kathy took this photo of me last night when I finally got home after finishing the Wild Bill book. I even added the wearing of this T-shirt as an added "ritual,"  making a vow to wear it until the book was done (much to the disgust of any staff member at True West who can still smell).

This morning I woke up early and got ready to shave off my book ritual beard when I suddenly had an inspiration. The second to last page in the book needs a couple more images, like this: 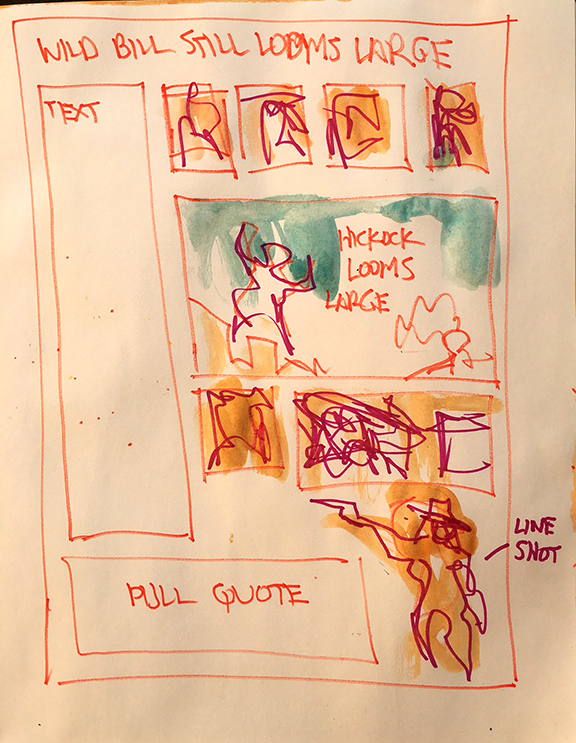 Whipped this out and sent it via my phone to Robert Ray.


And, by the way, here's the man who did all the heavy lifting on this project. 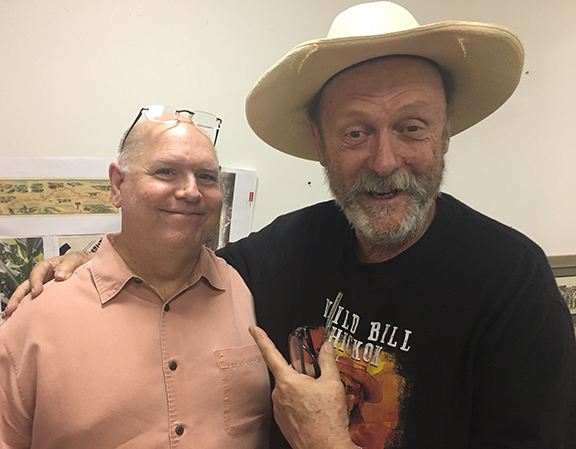 Robert Ray, my extraordinarily talented production manager who carried this project on his back, even as he juggles a full load on the January issue of True West, going out the door in two weeks. Look at how tired I look and how resilient he looks. Amazing. Can't say enough about this long time partner. He has been with me for 18 years!

Oh, and here's one last sketch I did this morning to add to the final page mix: 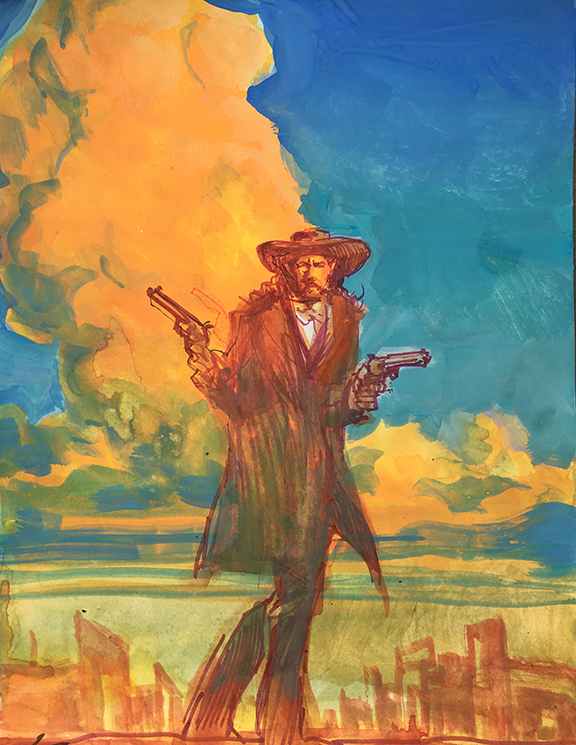 "To get something done, a committee should consist of no more than three people, two of whom are absent."
—Old Vaquero Saying