The History of Classic Gunfights

October 18, 2017
Next year marks True West magazine's 65th Anniversary and when our editor, Meghan Saar, was looking back through our archives, she found some interesting tidbits: 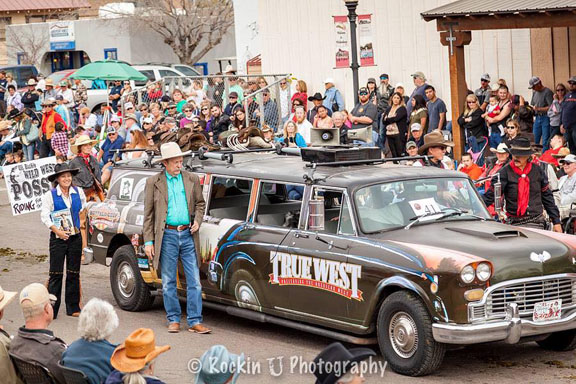 We are often mobbed just trying to drive through town and sometimes we are forced
to get out and walk.

Meghan also found a few items on my blog that track the beginnings of Classic Gunfights, which runs parallel to my scattered and long exasperating efforts to do a book on Wild Bill Hickok (I actually started the book back in 1996).

The History of Classic Gunfights

March 7, 2000
I came up with the idea of Classic Gunfights and featuring a gunfight every issue. Will start with Wyatt Earp at Mescal Springs in next issue.

June 2, 2000
I worked one of the longest days of my life yesterday. Did three paintings and a scratchboard for Hickok Classic Gunfights piece, plus the usual publisher/radio madness. Finished at 10 last night. 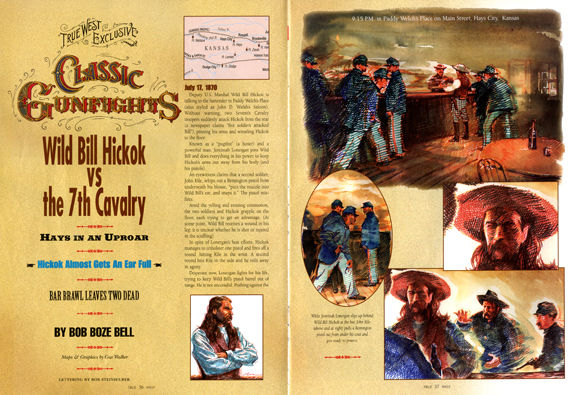 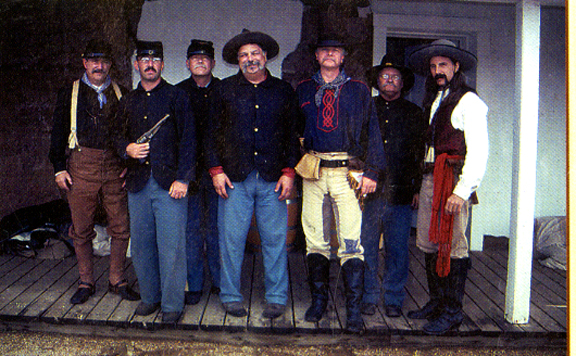 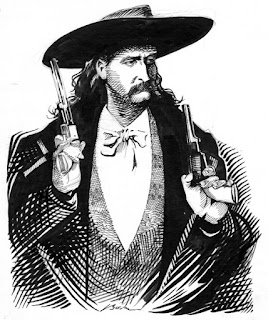 One of the Wild Bill Daily Whip Outs

End of Blog archives. On a related note, I just finished the Wild Bill book this afternoon at 4:57. Lots of production left for Robert Ray and Meghan Saar, but I finished all the art and the last caption. Whew! Long strange, trip! Goes to printer on Monday.

"Progress might have been all right once but it has gone on too long"
—Odgen Nash
Posted by Bob Boze Bell at 4:49 PM