May 13, 2018
Got back from Santa Fe yesterday afternoon and bailed right back into the final sketches and sidebars for our big Power Brothers Classic Gunfight package that goes to press tomorrow.

Long Strange Trip
One of the sidebars I want to include in the package is to track the distance and rough terrain the four-man posse encountered just trying to get to the Power cabin. This is not a stroll to a nearby corral. 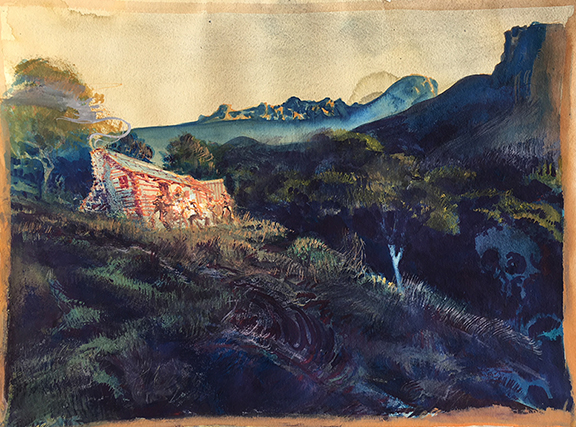 I emailed author Heidi Osselaer, this morning asking her if she could add any light to the following questions:

• So, the four-man posse drove from Safford to Klondyke in Sheriff Frank McBride's Model T. It's about 30 miles, or a forty-five minute drive today. How long do you think it took them in 1918? 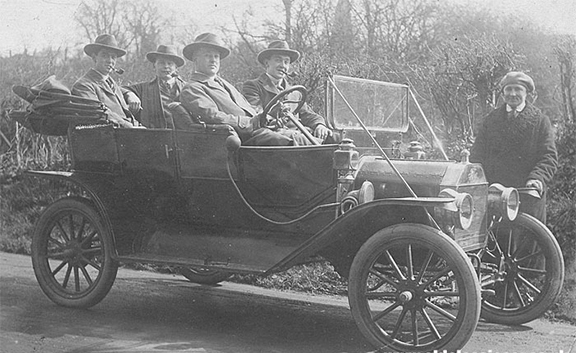 The Power Posse barreled down the road to Klondyke in a ride like this.

• When they arrived in Klondyke they were provided horses and weapons by a Mr. Upchurch. Who was he and what time did they leave his ranch for the trek to the Power cabin?

• Since they approached the cabin to attempt the arrest at 7:30 the next morning, I assume they basically rode all night?

• I noticed there is no photograph of U.S. Marshal Frank Haynes in your book. Why is that? And where can I find a photo of him?

Here for your behind-the-scenes-history-reading-pleasure are the deep details from a consummate, meticulous researcher:

"Travel time: roads were poor and Model Ts slow (max speed 45 mph).  The drive from Safford to Klondyke was 2 to 3 hours depending on conditions (and how many tires you had to change). Also, in 1918, the old Aravaipa road wasn't finished. To go from Klondyke to the Gila Valley back then, one had to drive south around the mountains and through Bonita [Yes, the spot where Billy the Kid killed his first man, Windy Cahill]. The trip was probably around 50 miles, rather than the 30 miles it is today.  When I went to Klondyke from Safford a few months ago on the direct route, it was about a 45 minute drive—much of it is unpaved and slow going.

"They had supper at the Upchurch ranch, owned by Wootan's brother-in-law.  He provided them with the four mounts and provided Haynes and Wootan with rifles only.  There is speculation that Wootan's gun had a hair trigger, causing him to fire prematurely.  They all had their own pistols and Kempton and McBride had their own rifles.  Haynes said they left when it was "good and dark."  I'm thinking they left around 10 or 11 p.m.  Seems like Wootan led the way, but McBride had been up to Power Garden and Gold Mountain as well.

"They rode 3 or 4 hours up the trail to Power Garden, where the Powers had lived from 1911 to 1915, found it was empty, built a fire, and left between 4 and 4:30 am.   I'm not sure which trail they took in, because there are many and they change depending on the toll floods take.  The one I took was 8 or 9 miles, with a lot of elevation changes. It is no longer accessible. The grade at Power Hill is 35%, so it is slow going.

"They headed to Gold Mountain, an abandoned mining town where the Powers had lived after Granny Jane's death and the sale of Power Garden.  It's about 2 1/2 miles from Power Garden, half way to the mine.  It is where the stamp mill was and the only consistent source of water in the canyon.  That's where the Power men and Sisson had lived in an abandoned saloon before Ola died.  No one home, so they followed the trail, with Kane Wootan leading, to the Power Mine, another 2 1/2 miles.  They killed about a half hour at the top of the ridge somewhere.  I speculate in the book it was because state law required them to serve misdemeanor warrants in daylight (failing to register for the draft), but who knows why they waited.

"I made the trip on horseback in 2014 with experienced riders who knew the trail, in daylight.  I'd say it is 5-6 hours in the saddle, about 12 or 13 miles. It sounds like they took longer because they didn't know exactly where the Powers were, made frequent stops at places they thought they might be, all at night on extremely rough trails. I suspect none of the posse members had ever been to the Power Mine, and it isn't an easy trip in the dark.  One of our crew had to do it because of a horse accident. He brought equipment up the cabin so the documentary crew could do a night shoot, and he came back to Power Garden in the dark and said it was really frightening.

One of the stellar shots the documentary crew
got of the Power cabin at night. for, "Power's War: Arizona's Deadliest Shootout."

Many folks suggested the Power posse members were drinking, because liquor bottles were found on the trail. But that's rumor.

"I've attached a newspaper photo of Frank Haynes that has been given to me recently.  Couldn't find a good quality one for the book.  His own granddaughter doesn't even have a good photo of him."

Here is my take on the photograph Heidi enclosed: 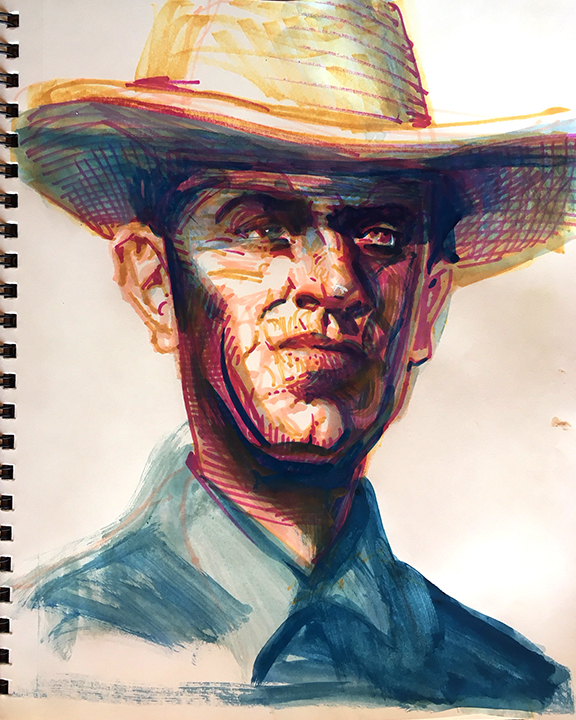 Frank Haynes, from a photograph

"It was dark down in the canyon, awful dark."
—Frank Haynes, testifying at the coroner's inquest
Posted by Bob Boze Bell at 5:18 PM