May 29, 2018
Often when we are studying Old West history we come upon anomalies that seem too modern for the times. For example, when the U.S. army wife, Martha Summerhayes, arrived at Fort Apache in 1874 she reported seeing an army officer's wife playing tennis, one presumes on the remote garrison's tennis court.

The other day I got this from The Top Secret Writer:

"Was reading 'A Quaker Forty-Niner,' a great memoir by Charles Pancoast, and came across this little tidbit from their journey west on the Santa Fe Trail:

"The long continuous dusty Travel over flat glaring Plains began to affect the eyes of our men, and those that had had the foresight to bring Colored Glasses were using them." 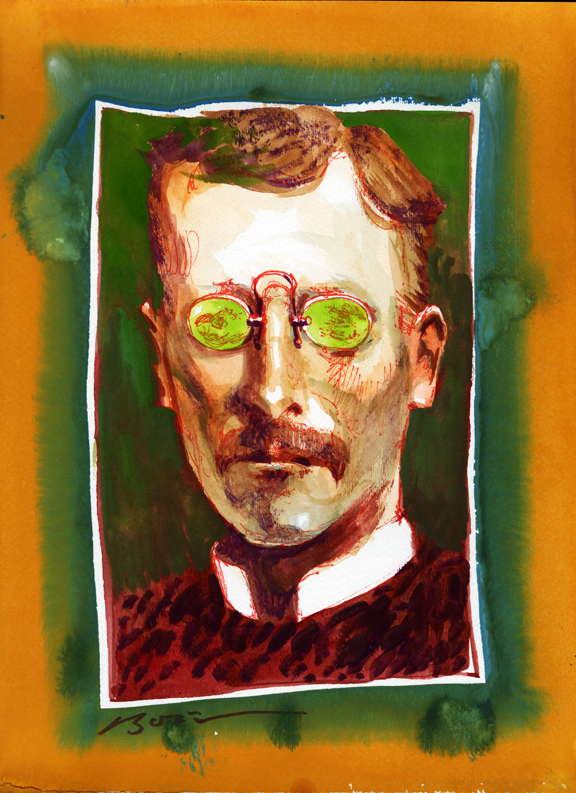 "If you put guys with sunglasses in a wagon train the movie people would think you were crazy."
—The Top Secret Writer

And, how about this ancient Jackrattler skate boarder: 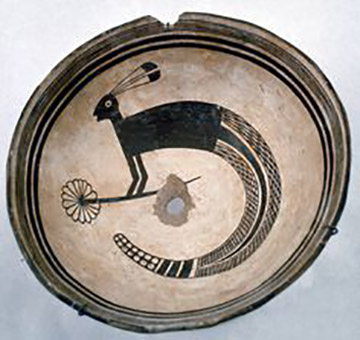 Well, not quite. It's actually an In-din jackrabbit with a lizard's tale and cascabeles, holding a flower. Lynda Sanchez explains:

The ancient Mimbres culture of southern New Mexico (a branch of the Mogollon) enjoyed creating  design motifs on their now famous ceramic ware to express humor for many centuries. Some designs are really comical while others show predicaments in which man finds himself.   Creations of half animal, half man are common and combination renditions such as this jack rabbit that has a lizard tail and a rattlesnake’s cascabeles (rattlers) at the end are amusing to say the least.  That same sense of  creativity has been passed on through a thousand years after their departure from the valleys surrounding Silver City, New Mexico to the Pueblo peoples of today.

And, one final parting shot on all the White Eyes claiming to be part Cherokee:

"Just because you were conceived in the back seat of a Jeep doesn't make you Cherokee."
—Ken Skutt