The Power Cabin And the Mysterious Wind Break

May 9, 2018
People ask me all the time, how do you research your Classic Gunfights and the simple truth is I try and find the author-researcher who has spent the most amount of quality time with the original records. In the case of the Power Shootout that would be author Heidi J. Osselaer who has done a masterful take on the deadliest gunfight in the history of Arizona. She has done her homework, and then some, AND she has hiked out to the site of the remote cabin and looked at the lay of the land. For the past three weeks I have been trading emails with her and she has answered every one of my many questions. In order to illustrate the scenes I need to know important details like the weather. Here is my artist's interpretation of what it looked like on that fateful day: 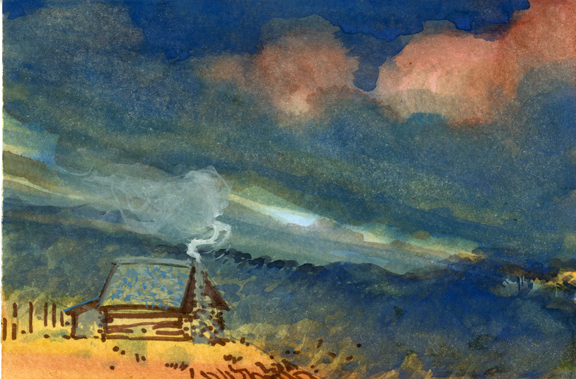 It was a cold and cloudy day, with snow in the air. Four riders, coming south from Klondyke, Arizona, rein up on a ridge overlooking Rattlesnake Canyon and peer down upon a miner's cabin. They dismount and hide their horses. 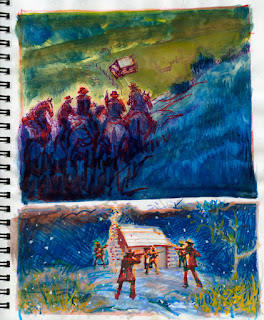 It's still dark at 7:10 a.m. (in fact it's cloudy all day and it started to snow after the fight) and they use the cover of darkness to make their way down the hill, where they discard their heavy overcoats and get ready to surround the cabin and arrest the four occupants. Things do not go as planned. 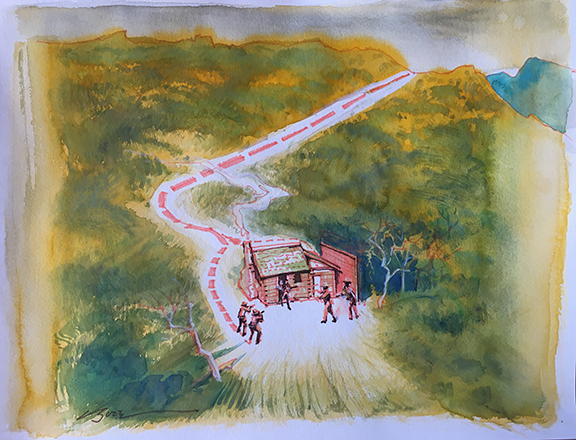 The Moment of Truth

I painted this today based on several photos Heidi provided me, including a photograph of the murder site that was taken in as evidence at the trial and used as an exhibit. Heidi questions the height of my wind break, above, at the right end of the cabin, but I based it on this photo: 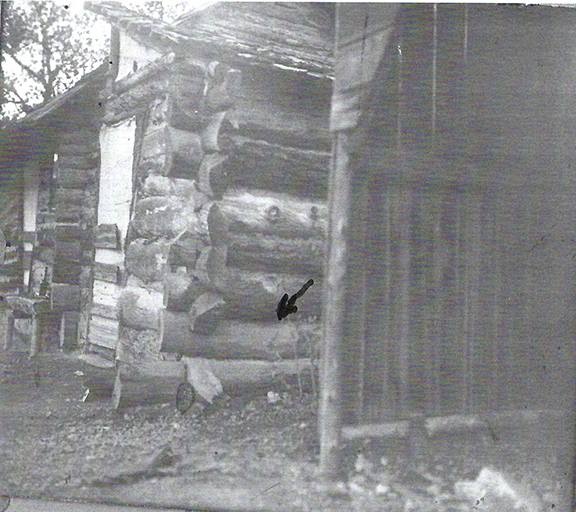 Crime Scene Photo, Exhibit #4, showing the crack
between the logs where one of the party inside
(believed to be Stisson) shot through the chinking,
hitting Sheriff McBride in the knee.

Just to the right of the black arrow is the wind break in question, and as you can see, it's taller than the roof line on the cabin. Given the primitive nature of the main house and shed, this "wind break" appears to be quite a significant structure, at least in this photograph. The problem is, we can't see it in the front photo which was taken in March of 1918: 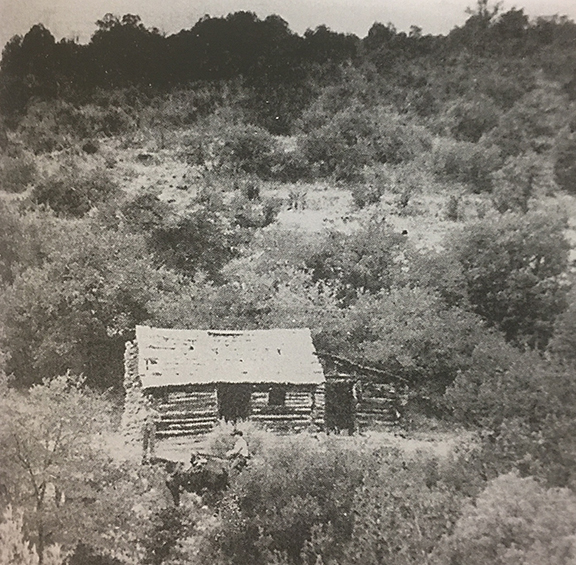 Okay, Heidi showed up and brought us this crime scene photo going the other way: 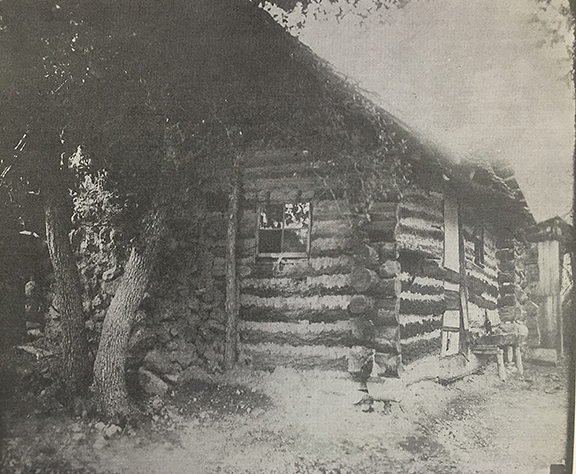 The windbreak, looking from the other way.

So, it's hard to make out, actually, but the windbreak is still substantial and perhaps my version is a tad too high. Also, notice there is a twin oaks (?) by the fireplace, which I didn't know was there.

"After all is said and done, more is said than done."
—Old Vaquero Saying