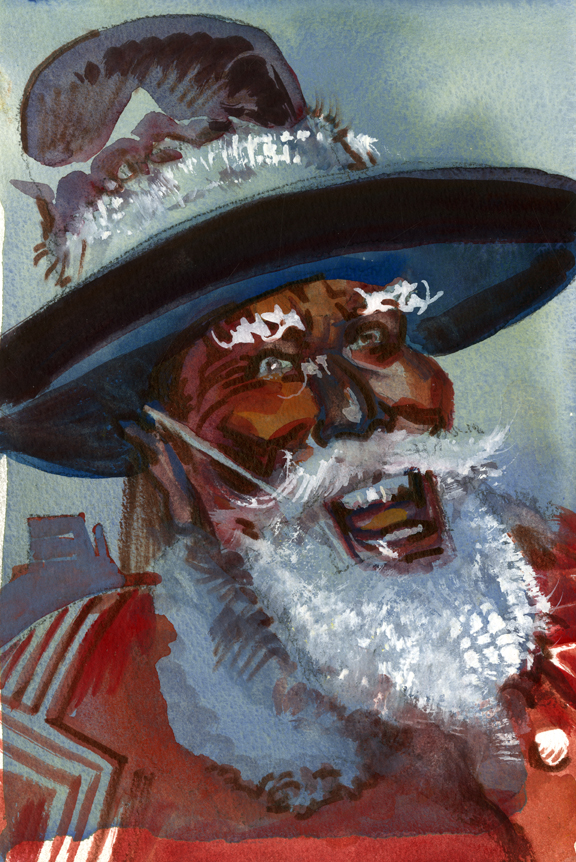 
He don't wear White Man boots. No, he wears moccasins made out of Dasher. He don't need no reins, he navigates his sled by pointing his lips. All his elves are Hopis from Second Mesa and he sometimes doesn't show up with his gift bag until February.
—Distilled from a humor piece by Arnold Richardson

The Master Laughers
When I interviewed Wes Studi last week he talked about the different ways In-din women laugh. Sometimes it's gentle, sometimes it can be very cutting and sometimes when they hit a high pitch together they can almost break glass. 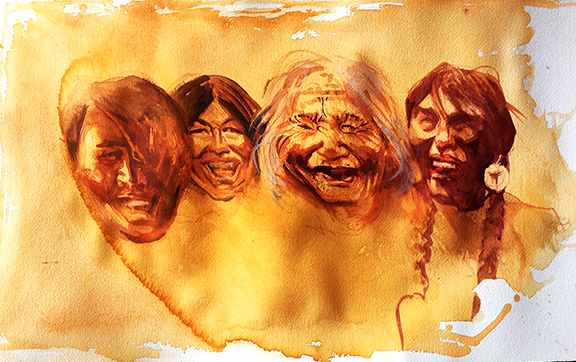 Daily Whip Out: "The Master Laughers"

And speaking of White People who claim to have a "Cherokee Princess" in their lineage:

"Every time my old, late friend, Floyd Red Crow Westerman, was introduced to someone who claimed a Cherokee grandmother he would turn them around and look at their butt and say, 'I can usually tell by the high cheekbones.'"
—Bobby Bridger