October 12, 2019
Out to proof, still in for filling holes. Took another crack at Geronimo is a Cowboy: 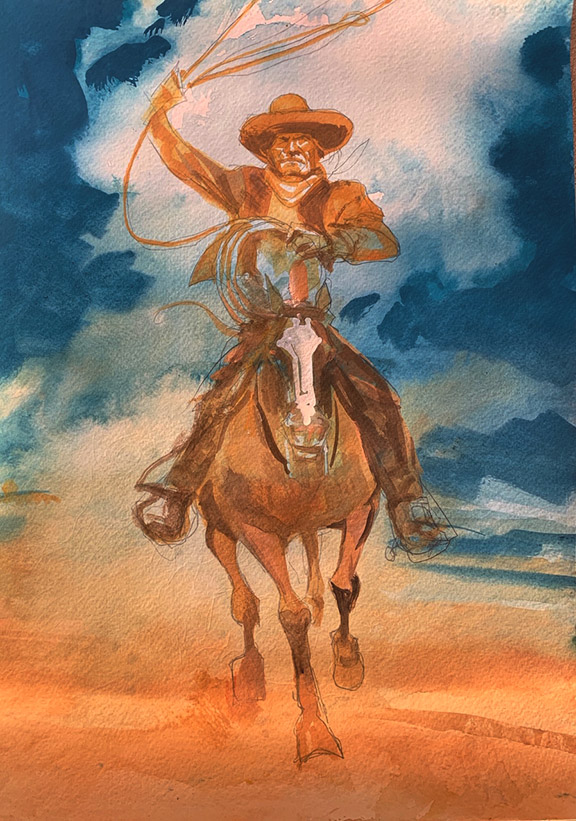 Daily Whip Out: "Geronimo Is A Cowboy"

Daily Whip Out:
"He Sold The Buttons Off His Coat"

Good Ol' Chief Toggy Snoggy
It's hard to beat the old time Apache nicknames. For example, for Alchesay, one of his Apache nicknames was tsajn ("swollen one"). Reading between the lines, could it be that someone thought he was "full of himself"? Another chief's name, tcilki ane, translates literally as "Rectum." Another nickname translates to "Angry He Waves Something Long Back And Forth." Not going to touch that one with a ten-foot, well, you know. But, my personal favorite is Hacki-nay, also known as Toggy Snoggy ("Big Nose"). 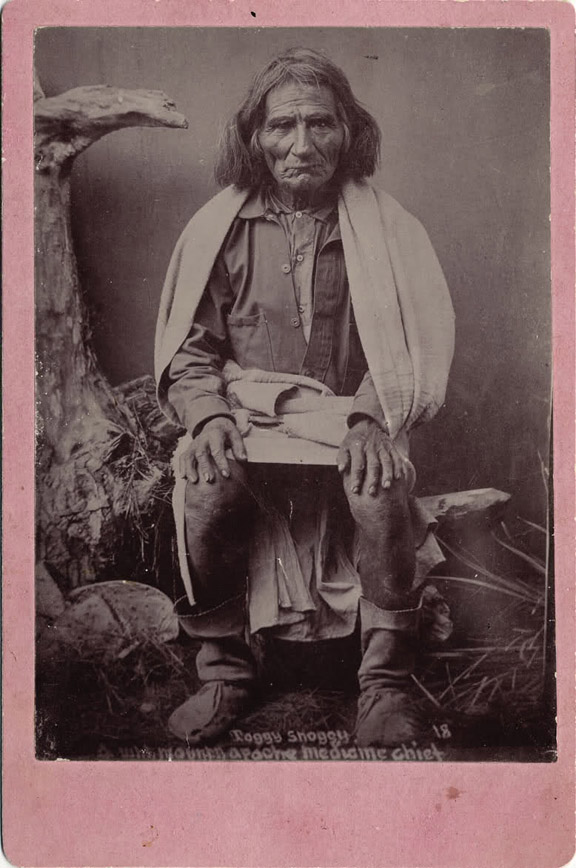 Wrote half the missing cutlines today, sent out half the layouts to historians who are quoted and studied the remaining documents, looking for last minutes additions and subtractions. There is a reason it says "Book One," on the title page and I have Kathy Radina to thank for that.

"In victory you deserve it, in defeat you need it."
—Napoleon, on champagne
Posted by Bob Boze Bell at 4:16 PM