When Pussy Became Wussy By Way of Woosie

October 19, 2019
Back in the late seventies, I was rooming with two babes. I was sleeping with one and entertaining the notion with the other. Hey, it was the seventies!

I was also doing a weekly comic strip for the Phoenix New Times and it was late on a Sunday night (and the newspaper was going to press on Monday) and I was stuck on a word. "Pussy" to be exact. I wanted to use it in this context: two cowboys are in a bar and a wild cowgirl calls one of them a "pussy," as in, the ultimate male put down. Neither one of my roommates liked the word and informed me they thought it was "sexist, gratuitous" and "over-the-line ugly." Like I said, it was the seventies.

One of them, a Texan, suggested "wussy," which I had never heard before. Use it in a sentence, I asked, scratching my head. She told me I would be a total wussy if I didn't take her advice. So, I went for it, but changed the spelling, and the strip and the word in question, ended up here: 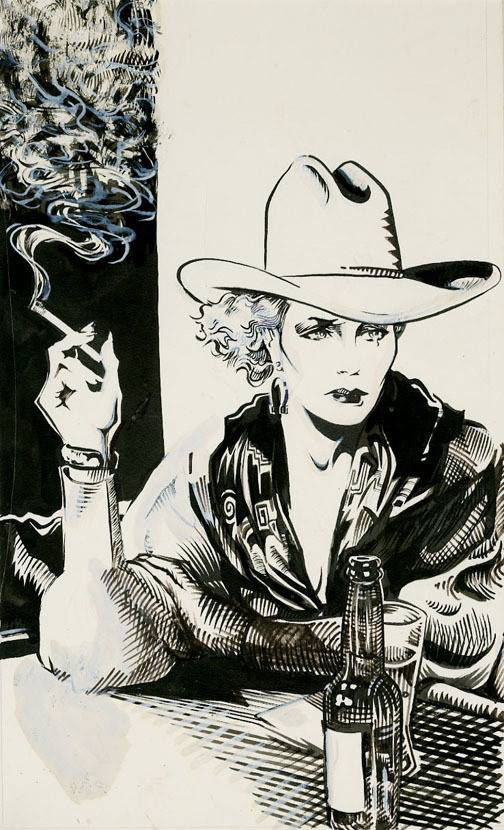 The Cowgirl In Question,
Honkytonk Sue

And the word in question? 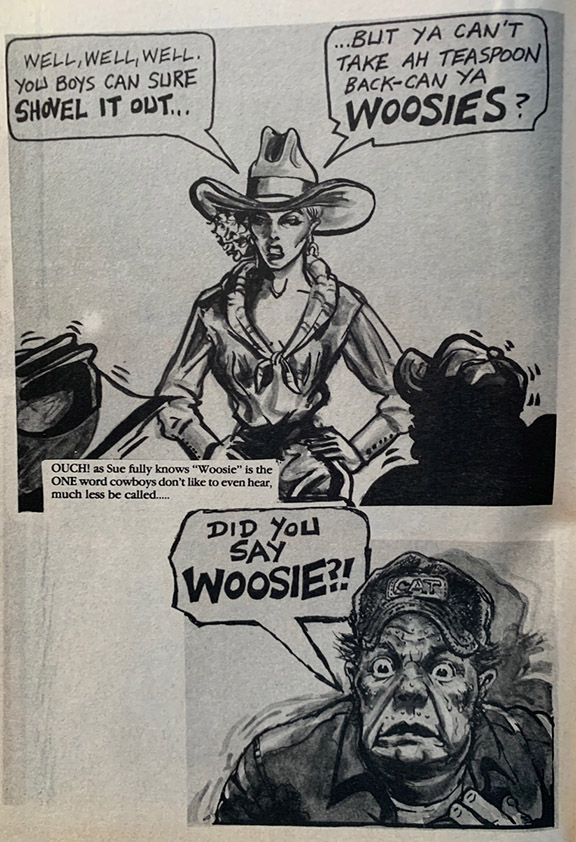 Would A Wussy By Any Other Spelling
Smell So Rank?

Yep. The word caught on and soon entered the national electorate vernacular where it has remained ever since.


“I’m gonna de-wussify Texas if I’ve gotta do it one wuss at a time.”
—Kinky Freedman's campaign slogan when he ran for Governor of Texas in 2006 and won 12 percent of the vote
Posted by Bob Boze Bell at 6:55 AM