October 11, 2019
Four days to press. This is the stage when I start to hear these words in my head: "What the hell was I thinking?! I can't finish this! This is so stupid! I want to run away and never come back!"

So far, I have not done this, but it doesn't stop the words from ricocheting around my brain.

We have four spreads hanging out and they are in the last section. I am also fighting a major disconnect which appears at the time of Geronimo's death. I need a transition. Something like this:


Deathbed Request
Ace Daklugie and Eugene Chihuahua took turns being with Geronimo on his deathbed. For many years they were tightlipped about what Geronimo actually talked about in his final moments. It would take a New Mexico school teacher to unlock that door and find out what Geronimo's last request was.

Here's another transition that needs work:

When The Apaches Became Cowboys
While a prisoner of war at Fort Still, Oklahoma, Geronimo and the Chiricahuas received a gift when the U.S. Congress bought them 10,000 head of Texas cattle and encouraged them to become ranchers. They, of course, become cowboys with style and panache and thanks to Ace Daklugie (who had studied animal husbandry at Carlisle in Pennsylvania) developed one of the best herds in the Southwest. 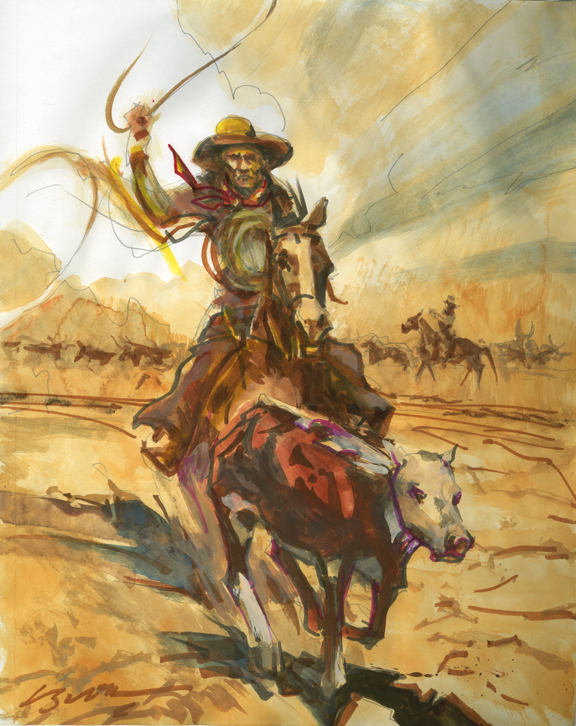 If these elements fall together this afternoon, I can finish the hangout artwork this weekend and we will do proofs and final cutlines on Monday and then Professor John Langellier is coming up from Tucson on Tuesday to proof the entire book looking for historical boo boos and errors.

If all those things happen, THEN I will run away and hide for several days. Probably Ed's cabin, or somewhere with waves, but you get the idea.

"If it wasn't for the last minute, nothing would ever get done."
—Old Vaquero Saying