October 17, 2019
Okay, we officially closed the Geronimo book yesterday at 12:47 P.M. which is technically 24 hours later than the October 15 deadline. We took this photo to commemorate it: 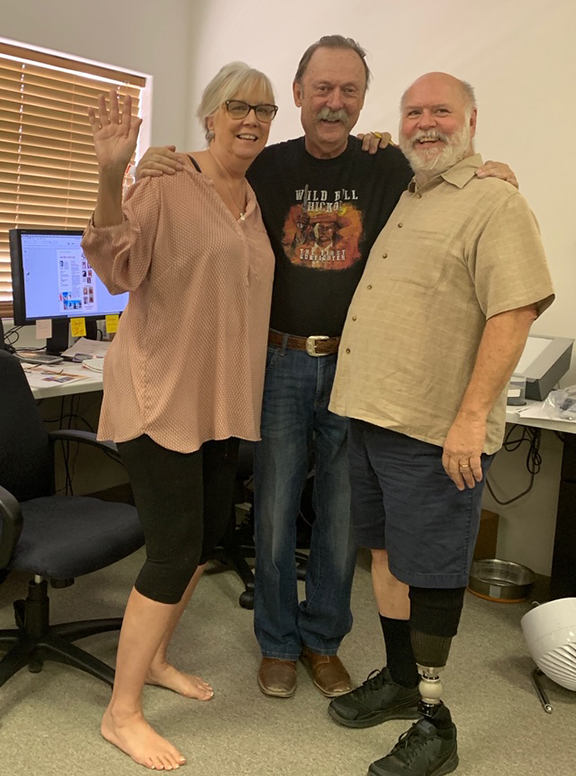 Rebecca Edwards, myself and Robert Ray celebrate the last change in Geronimo book.

Notice on the screen in the background is the final page with the final correction on it.

Well, that proved to be premature as we were catching more corrections all afternoon. In fact, I went home last night with the printouts and discovered three more corrections, which Robert fixed this morning.
One of the last corrections was what was the name of the creek where Geronimo fell off his horse on the way home from Lawton, Oklahoma? I knew it has been cited as being Cache Creek, but I wanted to double check.

Got this reply from Michael Farmer:

"Geronimo’s village was on Cache Creek just above where it runs into Medicine Bluff Creek at Fort Sill. The records I’ve seen don’t name the creek, but if his intention was to work down to the Red River and then follow it west, the maps show the creek was most likely Crater Creek, which he crossed about a 1.5 miles from Star House. Hope this helps."
—Michael Farmer

So, I went with Crater Creek. And we put a lock on the book. At some point, you just have to let it go.

So, this morning I was cleaning out from the hurricane of a mess I had made in my studio with all my Geronimo notes and photo reference and as I was refiling everything I found this: 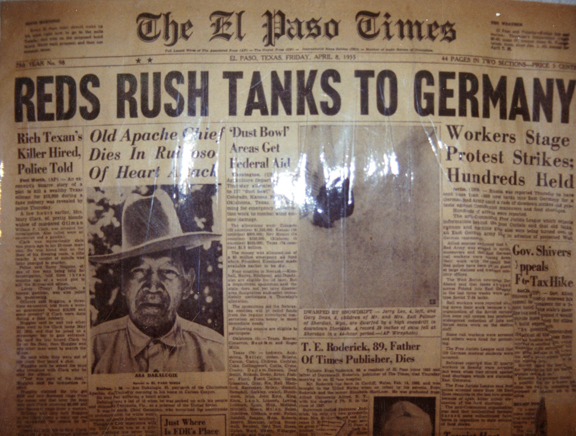 This will be in Book Two. I think it's interesting that by the 1950s Ace  is a full-fledged cowboy. Check out that great hat and brim!

"I'm not interested in writing short stories. Anything that doesn't take years of your life and drive you to suicide hardly seems worth doing."
—Cormac McCarthy