October 31, 2019
Charlie Russell is famous for his illustrated letters, and rightfully so. Speaking of which, this morning we were digging around in the True West archives and Carole Glenn pulled out a box full of mailed masterpieces addressed, mostly, to her. Check these out: 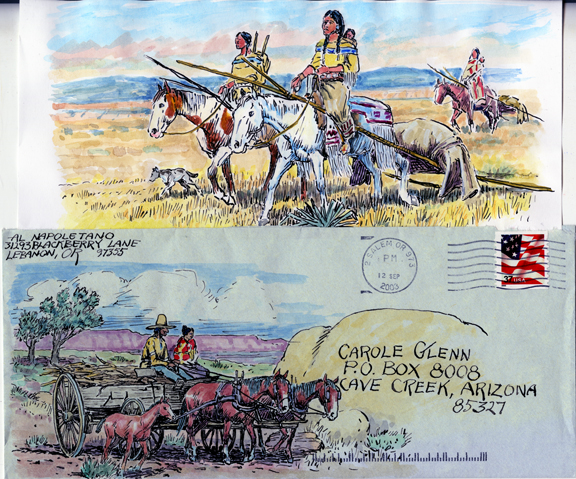 Yes, that is the outside envelope at bottom, and another painting inside atop a letter! Wow! It must have taken him half a day to do these. 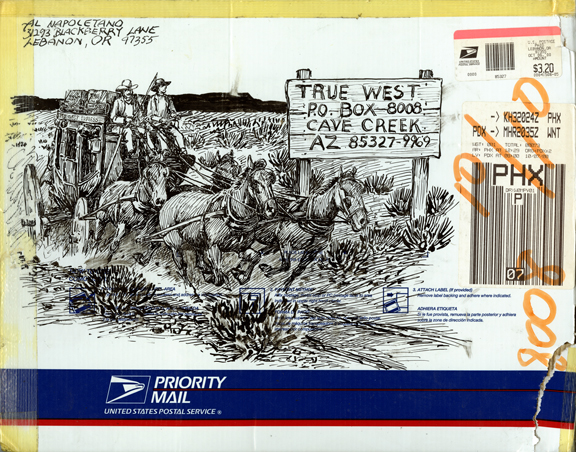 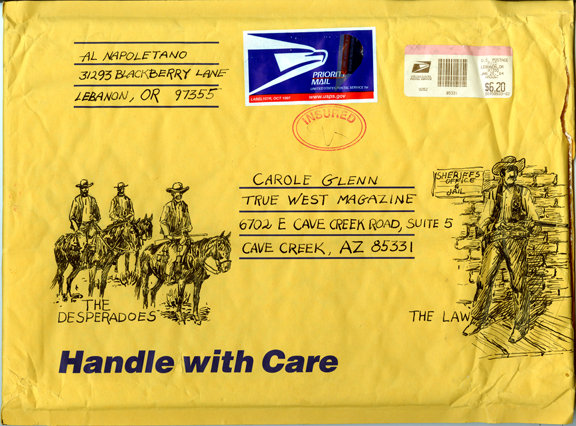 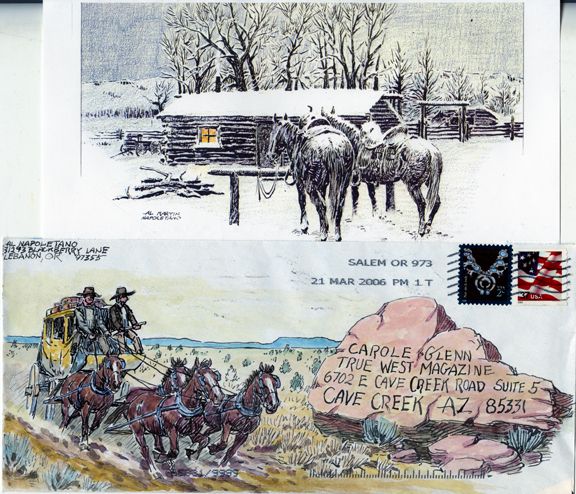 Al Napoletano illustrated many, many articles for True West magazine over the years. Starting this coming January, we are going back through those 66 years of archives and rerunning some of them in the magazine. In fact, one of the very first Classic True West features has an opening illustration by Al: 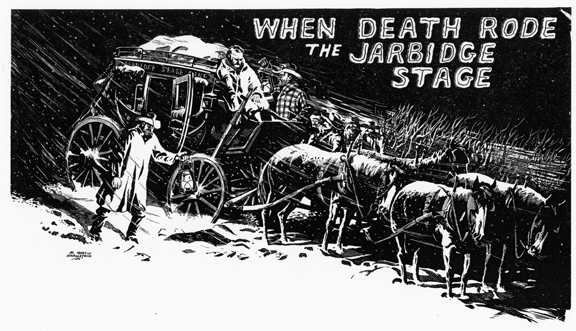 One of the illustrated letters says that "there will be an exhibition of the drawings on June 2 through July 15, 2006 at Benton County Historical Museum in Philomath, Oregon."

Thanks to the intrepid, Gay Mathis, here is the obit for Al:

Albany Democrat-Herald Newspaper--Albany, Oregon--Al Fuzzy Napoletano --February 4, 2012
Al 'Fuzzy' Napoletano, 91, formerly of Lebanon, passed away Wednesday at Wiley Creek Community in Sweet Home. At his request, no services will be held. Contributions in his memory may be made to the Samaritan Lebanon Community Hospital Foundation, Samaritan Evergreen Hospice, or the Wiley Creek Community Activity Fund sent in care of Huston-Jost Funeral Home, 86 W. Grant St., Lebanon, OR 97355. 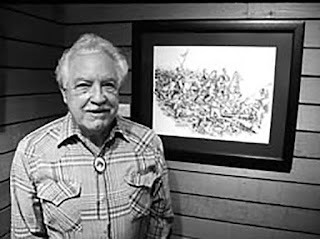 "My mother used to say that I would crawl out of my buggy if I saw a horse anywhere near."
—Al Martin "Fuzzy" Napoletano