Scenes From Our 20th Anniversary And An Extra Bit On Estrogen

October 27, 2019
Okay, several of my friends and family have expressed concern about my well being, as it relates to the last couple of blog posts. One of them remarked that I seem "depressed." Another mentioned "a troubling sadness" and a third is very concerned about his "paycheck."

To all of you I have this to say: "Buck up, Buckaroos, Buck up!"

And, of course, I need to say this to myself, as well. I'll deal with my inevitable and impending demise, but first a celebratory comment, or two:

Our party at the Desert Foothills Library yesterday was a roaring success with free Bryan's BBQ and free wine and beer and free mags and books. And a free history talk from two very talented speakers and a third who didn't know when to shut up: 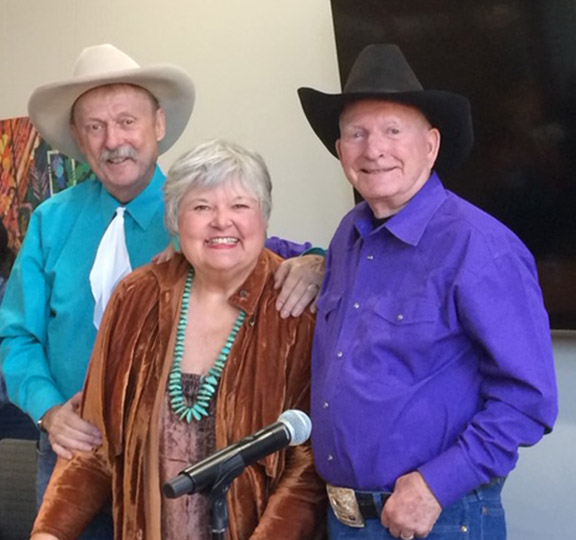 We had a ton of fun, but there is one problem, which relates to the first paragraph, above.

Buck Up Boze, Buck Up!
The real problem is I have too much damn estrogen coursing through my veins. I remember, as a kid, every summer when we visited the family farm in Iowa, and we would get ready to leave, my grandfather would start weeping. It was so embarrassing to me and I remember thinking, "I'll never be that way when I'm old." 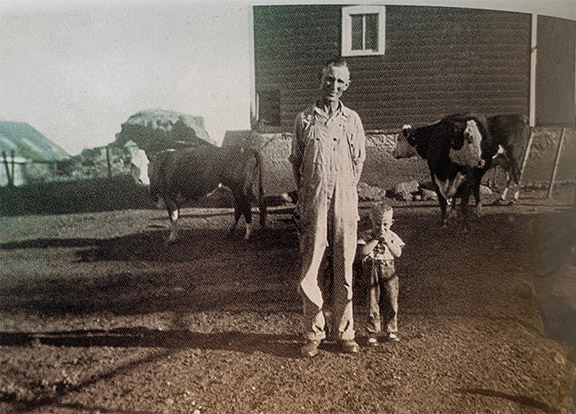 My grandfather, Carl M. Bell, and me

I recently wept through the play "Hamilton," tears running down my face for the entire goddamn play. I was just so touched and stunned that people of color were saying lines from the Founding Fathers that were never intended for them and here they were saying those very same words, with conviction and ownership, and they were loud and they were proud. And there I was, an old white guy, weeping just like my grandfather before me, only in the dark and without overalls on.

Like I said, like most men my age, I've got a tad too much estrogen. But even the extra estrogen did not put a damper on our party. After the talk and the BBQ we congregated on the patio for a group photo.

Buck Up Boze, Buck Up, Part II
Yesterday at our wonderful 20th year anniversary party for True West magazine, I said to a woman my age, as she was leaving, "See you at the forty." She looked at me with some concern and said very seriously, "I don't think I'll be here for the forty." It was a joke, I told her, laughing. I wanted to say, "Get a grip lady. None of us will be here for the forty!" Well, except for, perhaps, these three: 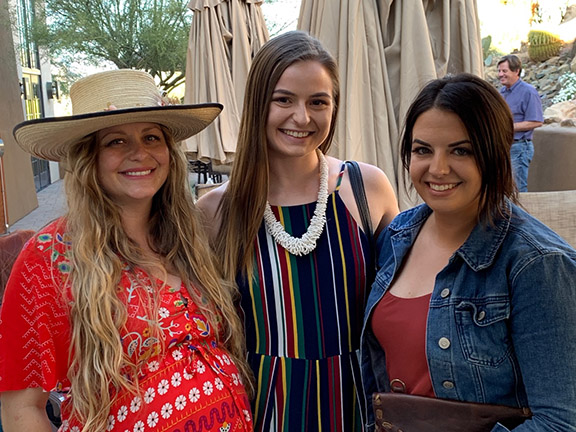 The Future Face of True West magazine
(or, four counting the baby girl in the belly):

Let's get one thing clear: I am quite happy with what we've accomplished with True West magazine. But, let's face it, I'm still closer to the finish line than to the starting line and I simply need, and want, to act like it.

Oh, and Mark Boardman, your next paycheck should clear.