October 7, 2019
My old studio mate, Edmundo Segundo (Ed Mell), reminded me recently of our wild trip into the "Mother Mountains" of Mexico, when we stumbled across the grandson of Victorio.

At that time, March of 1996, I was hot on the trail of Geronimo and intended to publish my book on him that same year. Edmundo even took a photograph of me at Divisidero (The Divide), which is on the edge of Copper Canyon. 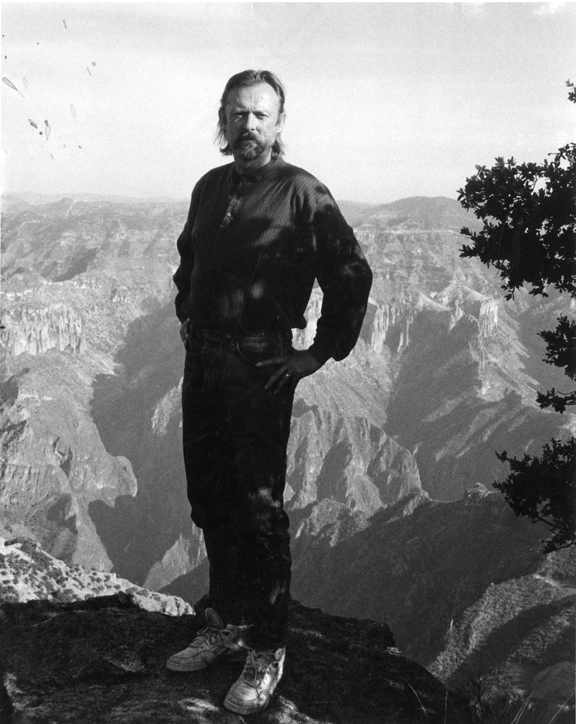 
I planned on using this for the author photo on the book jacket cover. Can't use it now because, well, that's me as a baby boy. Ha.

One of my goals on the trip was to see what the Apaches saw on their many raids into the Sierra Madres and man, did I get a glimpse of that expanse. Just one comparison: Copper Canyon is six times larger than the Grand Canyon!

On the way back to the United States, our guide, Paul Northrop, took us out of the country via Janos, the village that starts the Geronimo story. It was here, in 1851, that he lost his family and began his years of raiding hatred against the Mexicans of both Sonora and Chihuahua.

When we got to Janos, I was struck with how forlorn it was. It still had a look of doom, as if the Apaches had left mere minutes before we got there.

We stopped in the center of the village, at the tumbling down, ancient church, where a local assured us it was, in fact, the same church, Geronimo had besieged "back in the day." I took a peek inside. 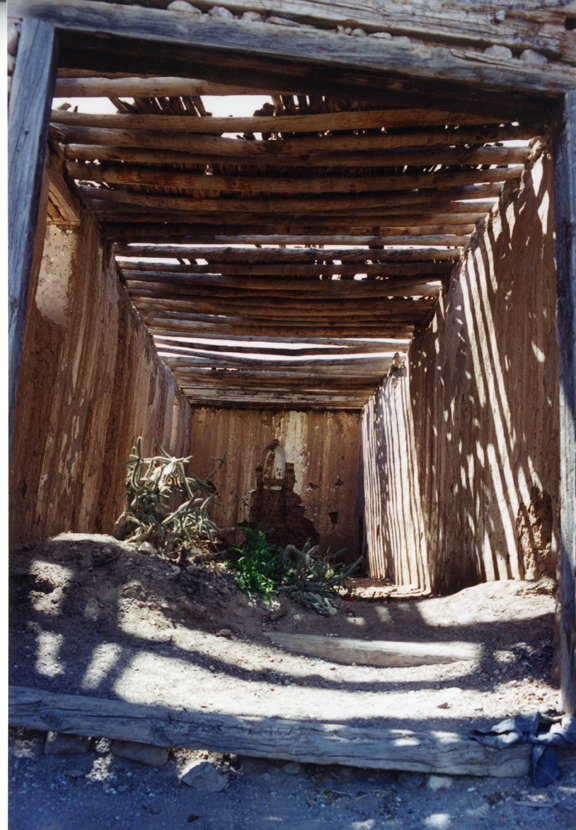 The interior of the church at Janos

I imagined the entire village taking refuge in this enclosure, fearful of the high piercing yells outside in the dark.

After I took the above photo, I went outside to see if I could perhaps take a few more photos in the back of the church. As I came around the corner, I saw this rider coming up the road. 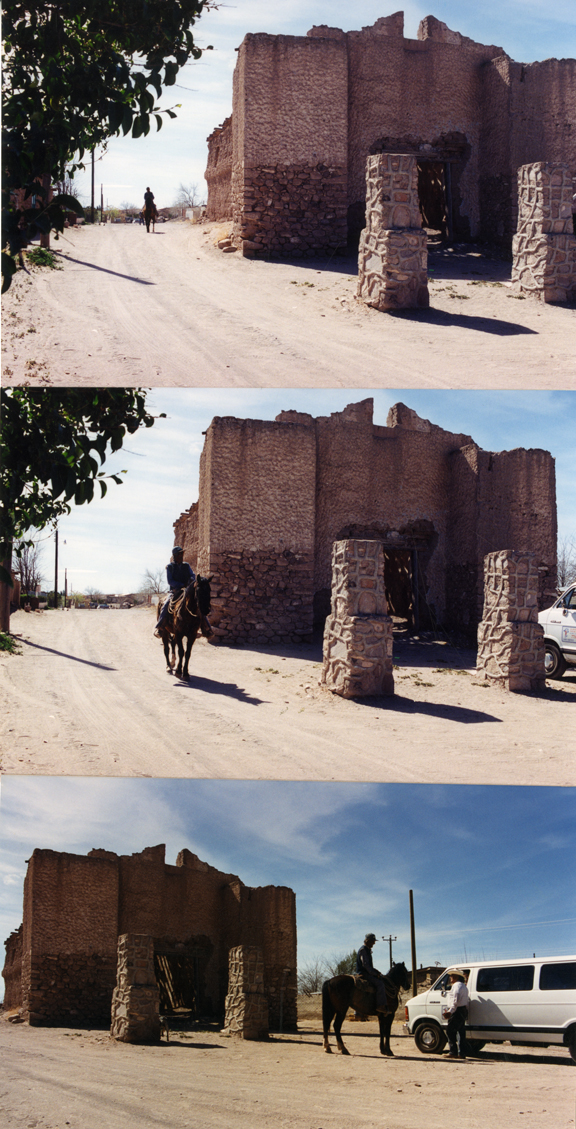 Turns out the rider was named Victorio and he claimed to be the grandson of the legendary Apache Victorio. Here he is in all his horseback riding glory (83 and still riding a horse!) 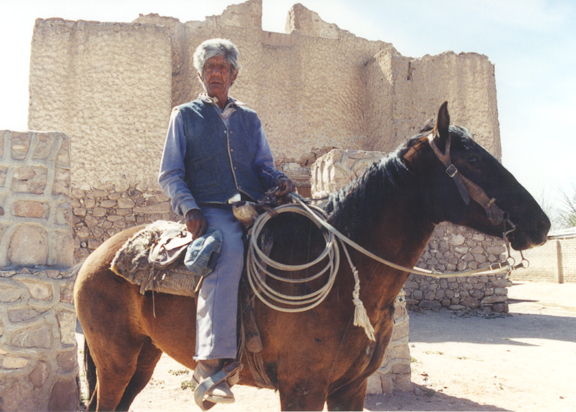 Victorio III in front of the Janos Church 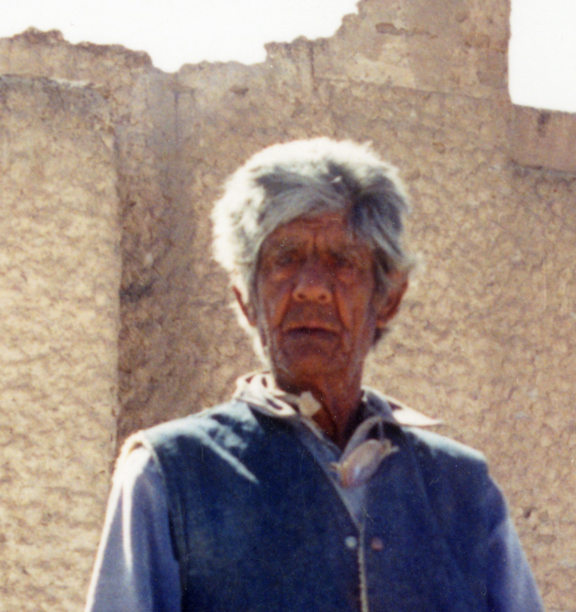 Look at that hairline!

Thanks to Kristi Jacobs for finding this photo in my morgue. Here is Ed's memory of the event.

"Many moons ago I was on a Geronimo research trip in Mexico with Bob when the wildest looking old man came riding up from behind the ruins of the historic church in Janos, where Geronimo's first family was wiped out. The rider, who we later found out was 83, said he was the grandson of Victorio. It was a surreal scene with two nearby men trying to restore an injured, cockfighting bird. That experience alone made me a believer in all the crazy stories in this book."