Southwest Scratchboards Revisited And The Remains On The Cutting Room Floor

October 21, 2019
This has been my first weekend without a book deadline hanging over my head for at least three months, and, man, oh, man did I enjoy myself. 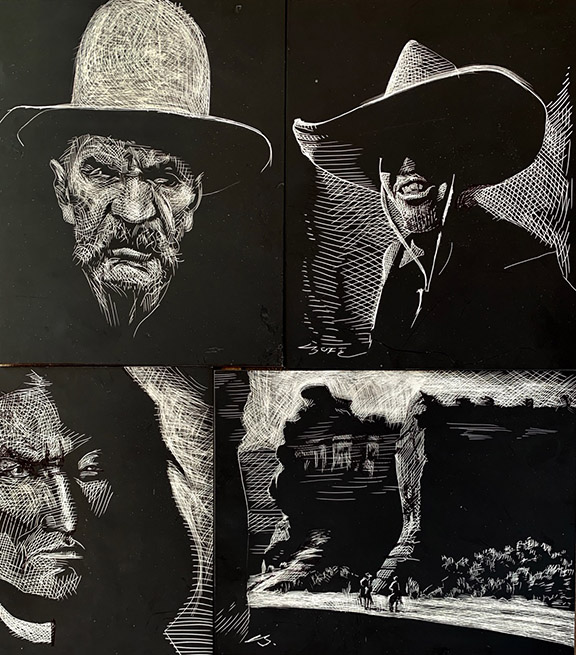 And coincidently, I finished my current Geronimo sketchbook and took note of all the scenes that ended up on the cutting room floor: 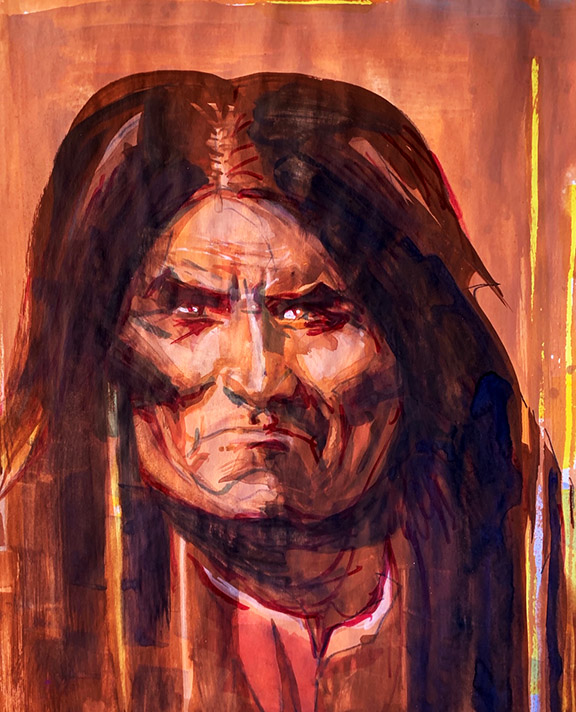 Daily Whip Out: "The Geronimo Smirk"

Not a bad likeness but I couldn't find a place for it. Perhaps in Book II.

Random Notes:
"How do you paint a smile? Start with a frown."

"The road of life is paved with flat squirrels who couldn't make a decision." 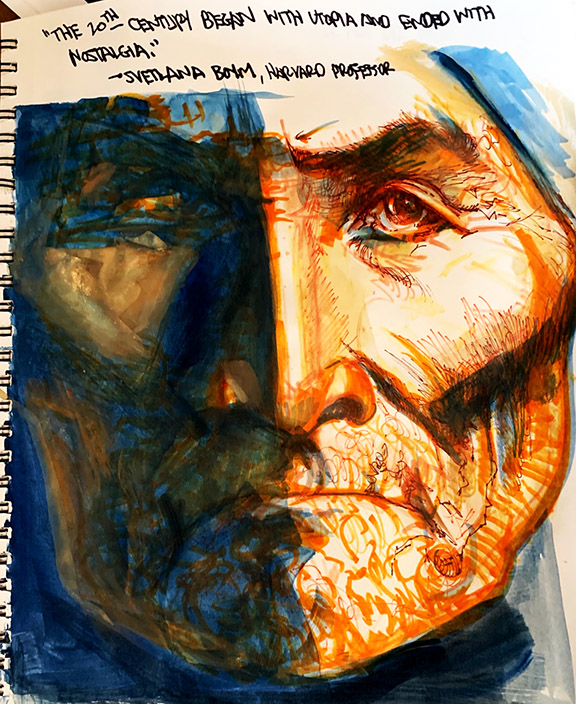 Daily Whip Out:
"Geronimo Up Close And Personal"

Random Notes:
"We live in a perpetually burning building, and what we must save from it, all the time, is love."
—Tennessee Williams

"Is this what we want? To sit back and play with our phones as the darkness falls?"
—Carole Cadwalladr

"Do not regret growing older. It is a privilege denied to many."
—Old Vaquero Saying 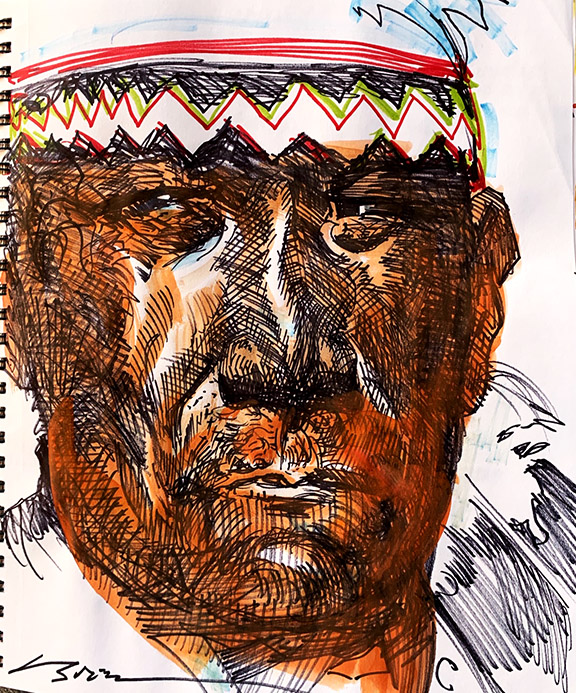 "If I see one more person texting and driving I'm going to roll my window down and throw my beer at them."
—Old Zonie Observation

"The difference between sex and love is that sex relieves tension and love causes it."
—Woody Allen

"We have art so that we shall not die of reality."
—Friedrich Nietzsche 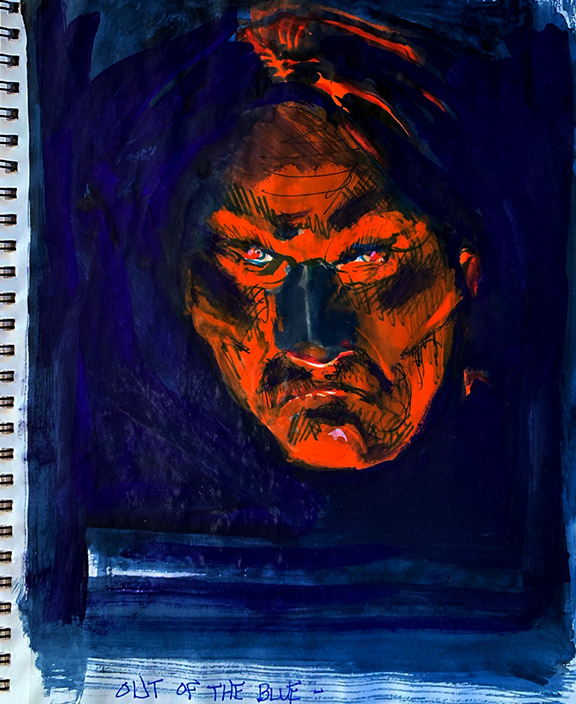 Daily Whip Out: "Out of The Blue"

Random Notes:
"Painting is easy when you don't know how, but very difficult when you do."
—Degas

"Simple is not easy."
—Wayne Kramer

"Everyone agrees reality has gone too far."
—Madeleine Schwartz 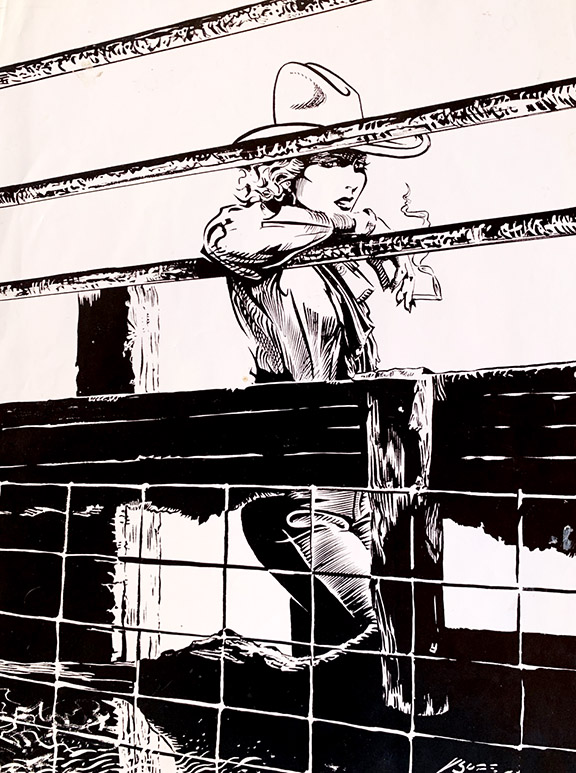 "Unless he's wearing a diaper,
you can't change him."
—Honkytonk Sue
Posted by Bob Boze Bell at 11:18 AM