October 28, 2019
After six months of Apaches and Geronimo, it's kind of fun to go in the opposite direction. 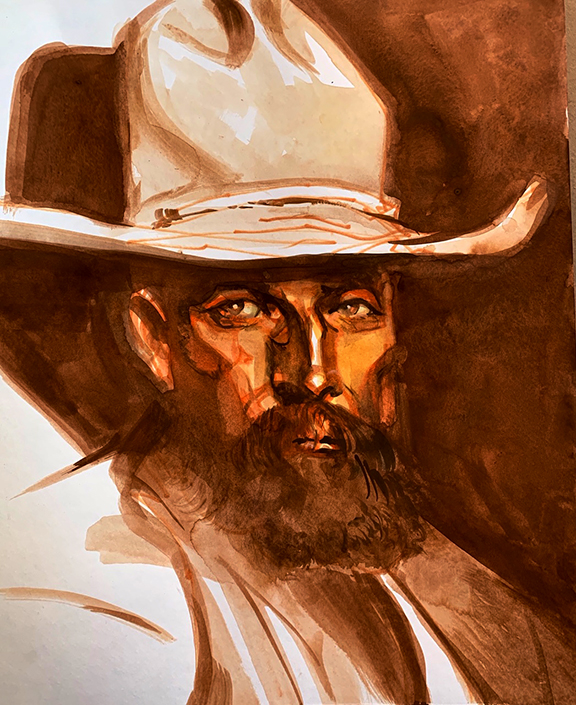 This is based on, or, rather is inspired by, his death photo, where he is shown propped up against a wall. 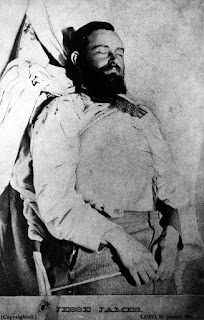 Jesse James Bearded Out, is kind of evocative to me in a Hiding-In-Plain-Sight disguise kind of way. And, by the way, this photo is barely one step removed from him being a freshly shot deer strapped across the running fender of a car as a trophy specimen.

Expect other anomalies as the days go on. 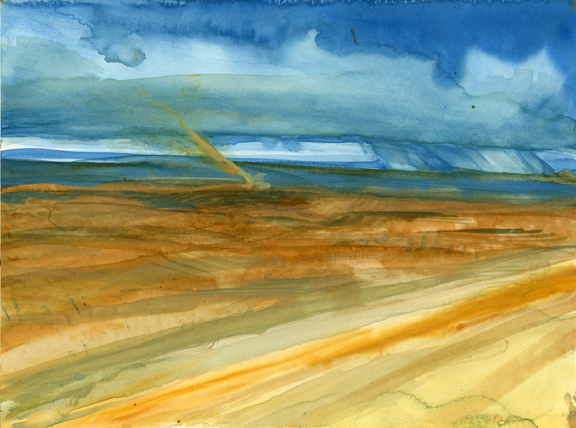 "Art is a never-ending dance of illusions."
—Bob Dylan