Crazy Cool Images And The Stories We Need Right Now

Having too much fun, but I'm not real sure how to stop it. I guess you could chalk it up to Long Haul Covid. 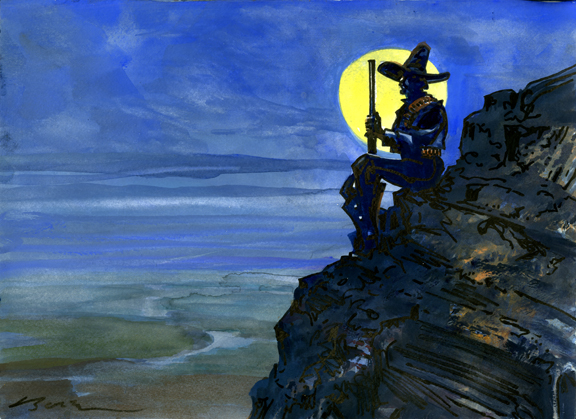 Daily Whip Out: "The Lone Sentry"

This is a commission for a well known historian who somehow, some way, came up with enough cash (don't ask). I hope he's happy with it. Went out special delivery today to Albuquerque.

Also I am enjoying getting back into scratchboard mode. 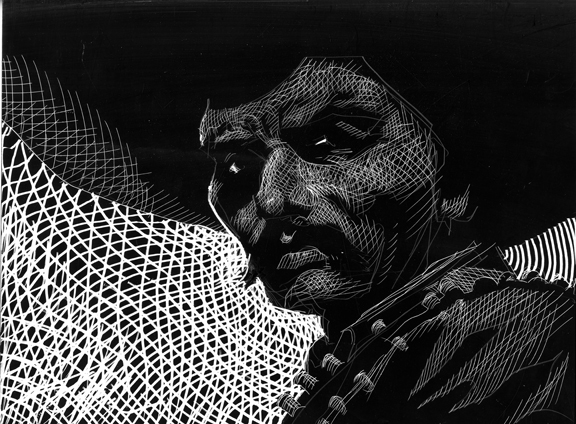 I'm experimenting with those bold, checkerboard scrapings, almost a van Gogh swirl to it to emulate neutral spaces. Perhaps I went a bit too far on the facial features. Wanted those wary eyes to pop and they did more so before I added too many highlights to the face. As the late, great, fellow artist, Walter Henn always told me, "Every artist needs another artist to stand behind him with a hammer and when the time is right, start hitting the artist over the head, while yelling, 'It's finished. Stop! For God's Sake, Don't ruin it!'"

My Swedish cowboy compadre, Rasmus Holmberg, is at it again. Here is his colorization of the legendary Marlow brothers, George and Charley. 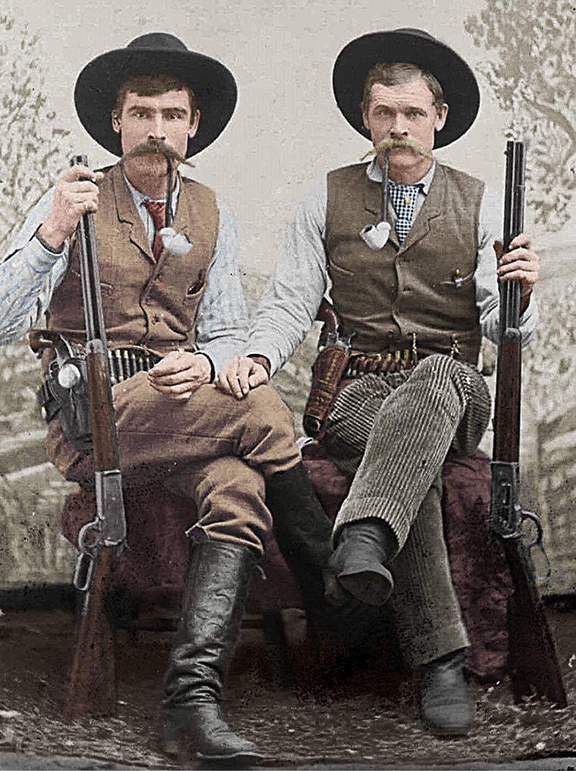 Check out that concho on George's holster and the corduroy pants on Charley! Crazy cool. What I love about Rasmus's work is he is very subtle, he doesn't overdue the color.

Sometimes you can discover something cool by trying to do the opposite. Lifting is a valuable tool in watercolor painting and here is an example that went off the rails, but I kind of ended up with a cool effect: 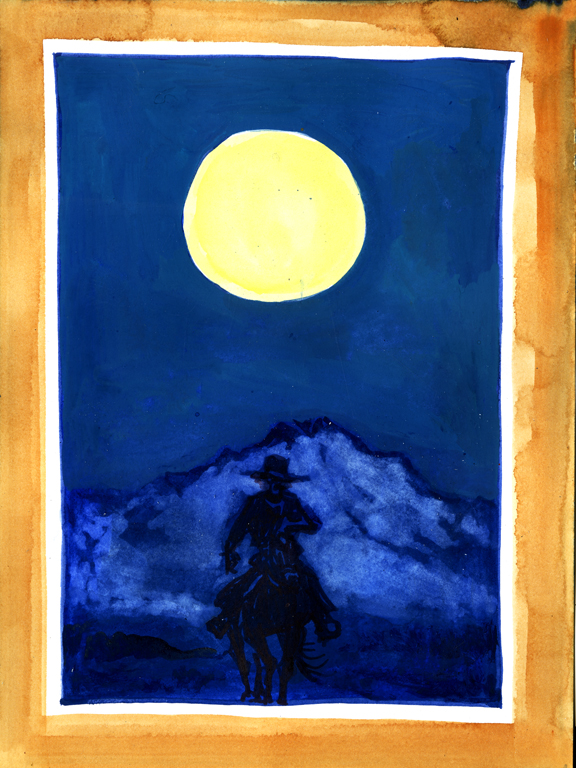 This was supposed to be the background for my initial run at "The Lone Sentry" (see, at top) but it was too centered and when I got the sky laid in I wondered if there was a different scene to work on and I ended up here.