To avoid the heat of the day (it was 87 degrees at midnight), I walked down at six this morning for a haircut from our neighbor, Bev, and took the dog. On the way back I had to stop and take this photo. Look at those green doors on the Triple B Bunkhouse! 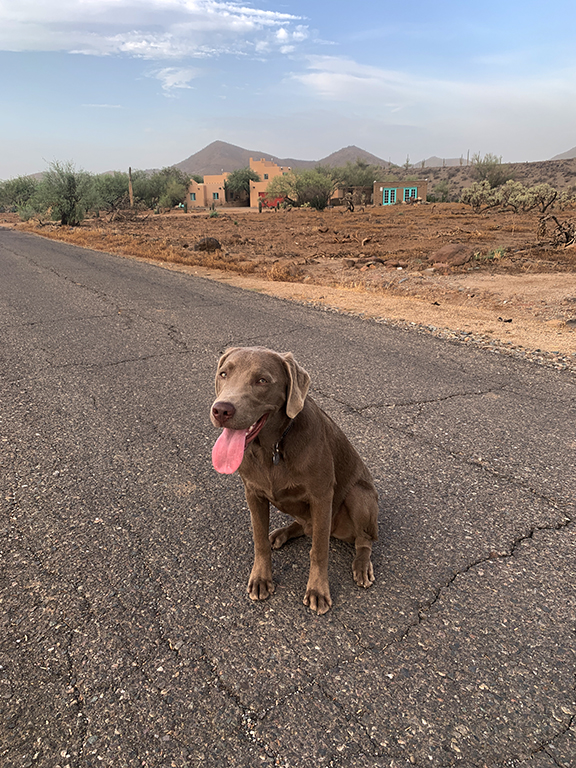 Meanwhile, Uno has that look that says,
"You look, I'm not all that interested."

More Women of The Wild West

Gave myself the goal of doing a whole gaggle of black and white scratchboards of Western Women for my book project with Jana. Here's a taste of that effort. 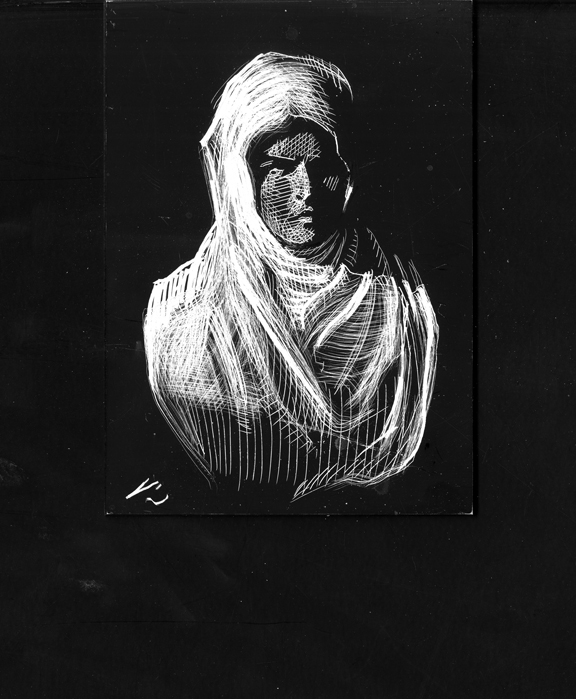 Daily Scratchboard Whip Out:
"Ticked Off Tewa Maiden"
I'm aiming for a checkerboard look, like this. 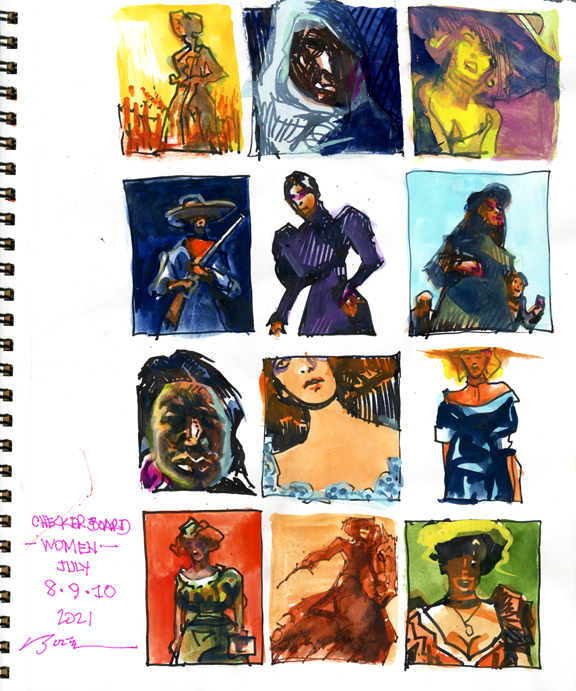 Daily Whip Outs:
"Checkerboard Women of the Wild West"
I am reading a big, fat book on The Cold War and what came out of it: Drip paintings, Andy Warhol, The Beatles, censorship wars over Tropic of Cancer, etc. and now I just read in the current New Yorker (July 5) a very cool piece by the same Cold War author, Louis Menand, on the King of the Short Story. Check out Menand's brilliant lead:
"The story of the writer who called himself O. Henry could almost be an O. Henry story. The writer—his real name was William Sidney Porter—had a secret, and he spent most of his adult life trying to conceal it."
Isn't that just the best? Menand then proceeds to spill the beans on Porter's secret about a third of the way in. (It's a three page article.) The lesson, at least for me, is to sometimes avoid the first line temptation of having this bio piece read like an O. Henry short story and save the secret to the very end. But NO. That in itself is unexpected and a nice insight into staying ahead of the reader. Don't give them what they expect when they expect it. Check.
Another crazy little gem, at least for me, is that Porter "was also a talented cartoonist and. . .started up a weekly, called The Rolling Stone." I kid you not. This is a half century before Jann Wenner launched that other title of the same name. Then, "it did not prove to be a financially sustainable proposition." Ditto, dude.
Of course, as most of you probably already know, Porter created this guy. 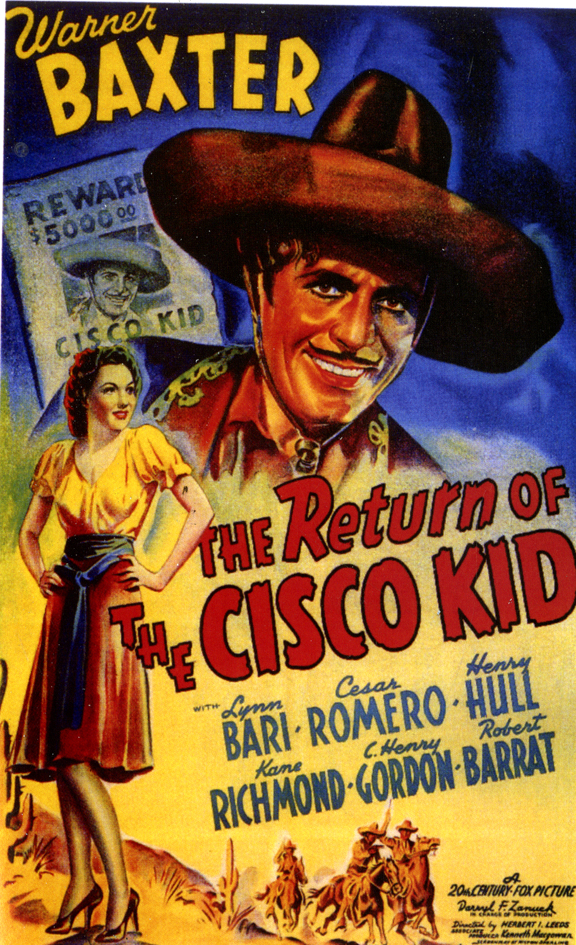 The Cisco Kid returned time and time again but Porter was long gone and never made a dime from any of it.
The long running character of The Cisco Kid is from an O. Henry short story, "The Caballero's Way," published in 1917. Here's the lead to that classic tale: "The Cisco Kid killed six men in more or less fair scrimmages, had murdered twice as many (mostly Mexicans), and had winged a larger number whom he modestly forbore to count. Therefore a woman loved him."
Couldn't get published today, but still funny.
So, it's no suprise then, that Menand compares O. Henry short stories to "the model of the comic strip." Basically, "you always read it, because you know what you're going to get." Check.
"The plot to nearly all the good stories in the world is concerned with shorts who were unable to cover," declared Porter, meaning people who have borrowed money, bet on something and then come up short and can't cover the bet. One of his tricks is to take probable situations and give them improbable outcomes. Check.
From there, Menand goes off to compare the O. Henry model to other literary genres and giants, like Saki, Kipling, Hemmingway and Poe. And what they have in common in terms of storytelling. I won't spoil the rest, but suffice to say, if you enjoy writing, I predict you will also learn something. Check.
Members of My Tribe 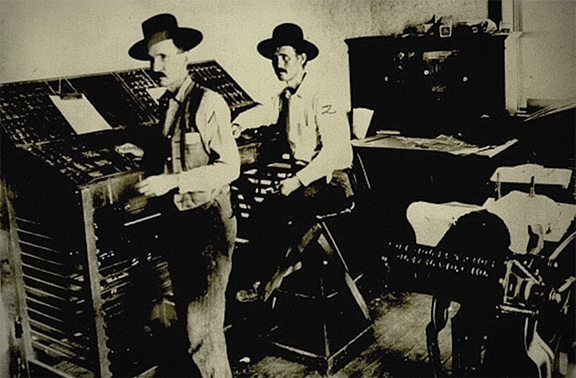 This photo of Cale Starr (left) and
Watie Freeman typesetting in the
Cherokee Advocate printing office
I've spent many a late evening and early morning in the company of this tribe: typesetters and press men. I always thought they were a strange breed of cat, but they all, no doubt, looked at me the same way.
"I once asked this literary agent what kind of writing paid the best. He said, 'Ransom notes.'"
—Elmore Leonard, Get Shorty
Posted by Bob Boze Bell at 10:52 AM