The History of My History With A Certain Pimp

"Wyatt Earp is now relegated to the trash heap of history." So pronounced two prominent historians who had uncovered evidence in the mid-sixties that Wyatt Earp's second wife—who he had abandoned—had turned to prostitution and commited suicide with an overdose of laudinum. Oh, and on her deathbed she is quoted as saying: "Wyatt Earp ruined my life."

And then it got worse. But let's go back to the beginning of the myth-making process.

Thanks to authors, Walter Noble Burns and Stuart Lake, Wyatt Earp basically came out of nowhere in the 1930s and after this initial discovery period he then had a huge resurgance when Stuart Lake sold the Earp as Super Lawman idea to TV and we get the Hugh O'Brian TV show in the mid-fifties. This image held solid, until researchers (like the two historians noted above) started turning up murky, and even more shady aspects of his life, full of scandalous and sordid, edgy and violent aspects, writ large for the consumption of a very unwoke audience. 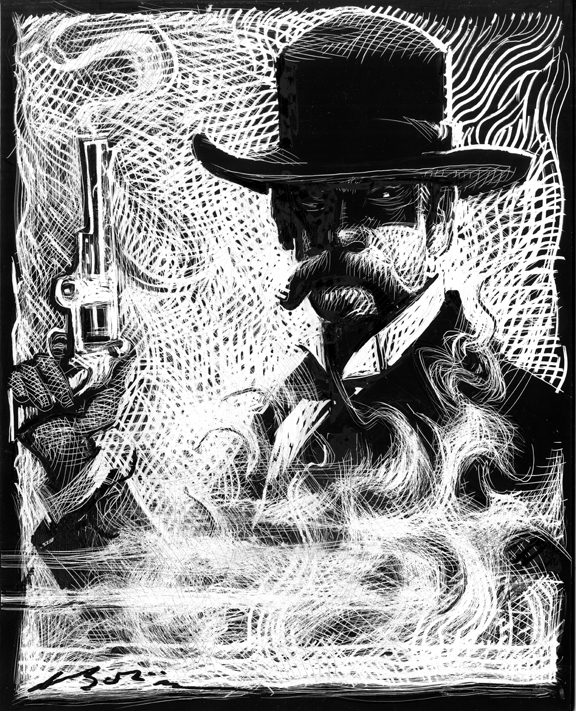 "When The Smoke Cleared

We Could Finally See The Man"

Then came even more damning evidence when it was discovered that Wyatt Earp had been a bouncer on a floating bagnio (whorehouse) in Peoria, Illinois at the time he claimed he was hunting buffalo on the plains and that the census for 1872 appears to show him living in a whore house. Of course we already knew that later in Dodge City several soiled doves went by the name Earp, but this really put Wyatt in the camp of the procurers. Not a nice place for a legendary "flawless" lawmen. 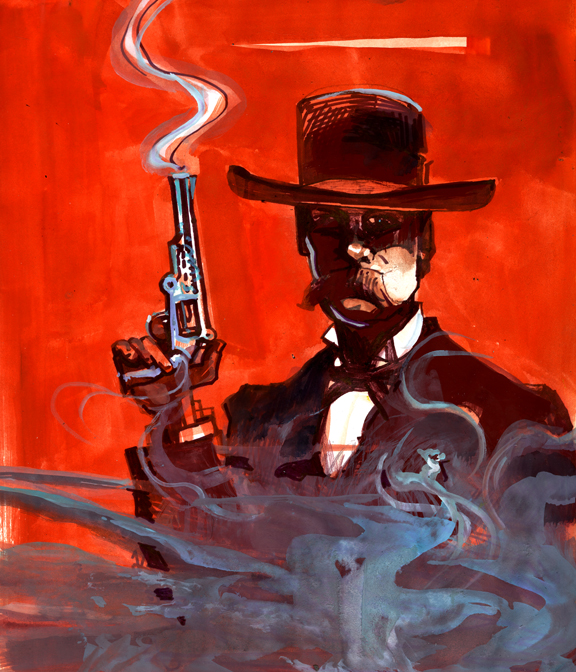 "When The Smoke Cleared #2"

"When the Old West was lawless, one man was flawless. . ." 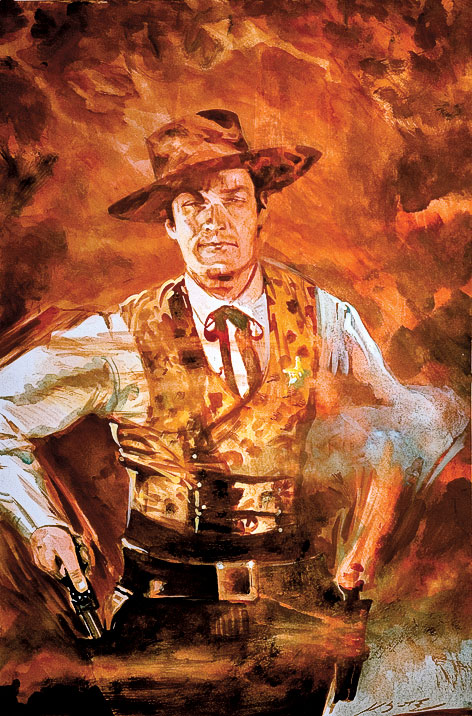 Let's just say that over the span of my life time, Wyatt Earp has been shown to not be flawless. In fact, any objective bystander would have to admit he played both sides of the law and at times he was as crooked as a dog's leg.

Still one should not underestimate the staying power of the Wyatt Earp brand.

None of these aforementioned bombshells have sunk the old, humorless bastard. Perhaps what we choose to believe about him says more about us than it does him. He no doubt would be chagrined that we found out most of his darkest secrets and that they directly challenge any claim that he was morally superior to any outlaw he was chasing or killing. 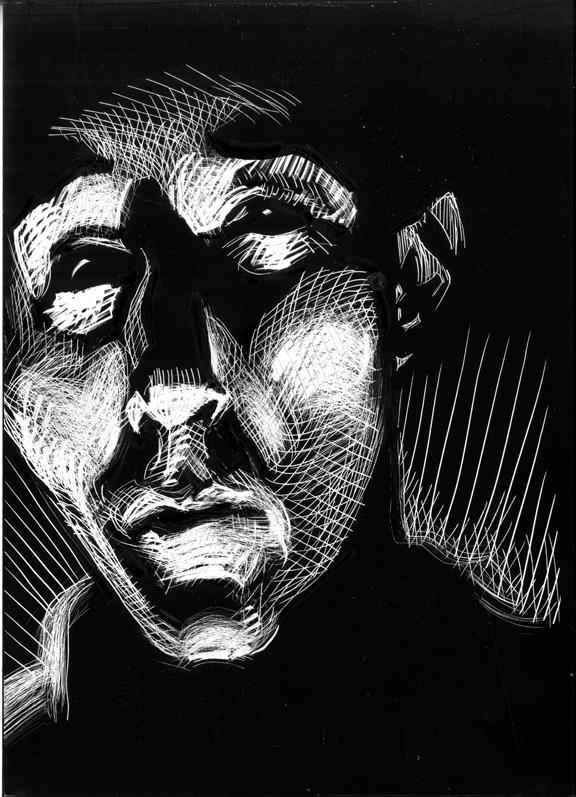 As for myself,  I always had a strong suspicion that Earp was not quite the legend that has been portrayed by O'Brian, Lancaster, Russell and Costner. Still, it's been a long journey of discovery and I have mixed feelings about the old part-time lawman, but the most wonderful part of this effort has been meeting the fellow buffs and historians who study this history and try to make sense of it, every day. That has been the true reward for me. So, thank you Wyatt Earp for bringing me together with some pretty brilliant and humorous people. I decided to ask all my friends and acquaintenences to weigh in on this question: Is Wyatt Earp still the hero?

Here for your edification and entertainment are just a few of the answers we will be running in the next issue of True West magazine.

"During the last three decades, an enormous amount of material has been dug out to better illuminate Wyatt Earp and the Tombstone saga. Some may seem to tarnish Earp; some may seem to enhance his reputation. Together it shows that Wyatt Earp was never the stainless hero created by legend-making writers and filmmakers. Very few historical figures can live up to their legends.

"With Earp, the more we learn, the more interesting he becomes. He certainly had his personal flaws, but when the time came to stand tall, tall he stood. The Tombstone story is really about what happens when outlawry grows out of control, and how a community responds. It resonates today as it did 14 decades ago.

"When that challenge came to Wyatt Earp, he responded with remarkable courage. If that is the test of heroism, then he passed with nobility."

"Directly after the shocking assassination of President Garfield, Tombstone’s city government enacted zero-tolerance gun control ordinances. On October 26, 1881, Police Chief Virgil Earp was ordered by Mayor Clum to disarm men seen carrying weapons inside city limits. Those men were at the O.K. Corral because they were leaving town and they had the right to take their guns with them, but the confrontation accelerated within moments. The officers were later exonerated using legal logic that protects police in officer-involved shootings to this day: they reacted quickly to a perceived threat in a pressured situation.

"Where’s the heroism? Wyatt never claimed it. He was dogged for the rest of his long life by the worst 30 seconds of it. After he died, his widow took control of his posthumous reputation, insisting that Stuart Lake write the hagiography that became a TV show: 'The Life and Legend of Wyatt Earp.'

"I can still sing the theme song, but the West was not lawless and no man is flawless. I look for my heroes elsewhere."

"Wyatt Earp: Frontier lawman, gambler, outlaw, Western legend. An icon whose reputation, justified or not, has been created and enhanced through literature, films, and television.  Justified by some, vilified by others.  Loyal, vengeful, complicated, egotistical, arrogant, passionate, moody, stoic. Before you develop your opinion, however, forget the film and televisions. They are just entertainment, and, in most cases, highly fictionalized. Read the books…plural. Some well researched, others not so. Then, make up your mind. All Earp wanted to do in life, as with many, is to take advantage of the situation and do what he thought was right."

"I'm not sure if Wyatt ever deserved the 'hero' designation. The Earps as a family were shameless opportunists who never took a stand without a buck being attached to it. The celebrated gunfight was the culmination of a petty political squabble that had little impact on the outcome of American history -- like so many legends, a local affair blown all-to-hell out of proportion. Unimportant and irrelevant, especially at a time when a new generation of learners fail to find themselves in the prevailing narrative."

"I don't think of Wyatt Earp as a hero.  The very premise of a 'good guys-bad guys' approach to history distorts the humanity of the individuals so labelled and the issues that they confronted.  Honestly. I can't even call him a good man, given his checkered career and flaws of character.  But he was respected and even admired by good men who saw in him qualities they envied.  He lived for eighty-one years, and the violent moment for which he is best remembered lasted less than thirty seconds.  Add the few months of the Vendetta and the deaths that came with it, and he was still a better man than those he killed."

"Wyatt Earp will always be my hero.  Sure, he wasn’t a saint, but don’t let the perfect be the enemy of the good.  Next to the Cowboys gang, Wyatt, brothers Virgil and Morgan, along with Doc Holliday, were a band of angels. The Cowboys terrorized both sides of the border for years with their rustling, robbing and rampaging, and were regarded by the people of Tombstone, as being bad for business.  It took Wyatt, Virgil, Morgan, and Doc to finally tame the town. In today’s upside down world, cops are the bad guys and robbers are the good ones.  Cops are handcuffed and criminals are set free!   Law and order is thrown out the window, as cops are thrown under the bus."

"I don’t look at Wyatt Earp as either a hero or a villain.  Projecting our own mores and values on people of another time leads to false perceptions and a warped view of history.   He was a man of his time, doing what seemed right by his own lights.  The heated rivalry between Republicans vs. Democrats, North vs. South, and the battle between different factions of law and anarchy was as tinder waiting for a spark.  Add to that, even all these years later, we do not know all their perceptions of events as they happened, what they thought, or what other course could have been taken at any given time along the way.  But, it's still makes for a ripping good story."

"It’s doubtful that any American has had more of his legend turned into 'fact' than Wyatt Earp, who had a brief career as a frontier peace officer and scarcely wore a badge over the last 48 years of his life. Before and after 'lawing,' as it was called in the 19th century, Earp was a teamster, boxing referee, prospector, buffalo hunter, racehorse owner, croupier, stagecoach guard, bouncer, saloon keeper, bodyguard, Hollywood movie advisor, and, for a while before he became a noted lawman in Kansas, a pimp. He’s been portrayed by more actors than any American president — Walter Huston, Henry Fonda, Burt Lancaster, Hugh O’Brian, James Stewart, James Garner, Kurt Russell, and Kevin Costner, to name just a few. But the only years Hollywood has taken notice of are those spent in the cow towns of Wichita and Dodge City, Kansas, and the silver mining camp, Tombstone, Arizona. What happened over that brief span has engendered enough books to fill a small library."

Expect even more comments when Paul Andrew Hutton, John Boessenecker and many other heavyweights in the Earp world weigh in.

"If you want to know what my friends really think of me, go ask them about Wyatt Earp."