One Tough Broad, One Tough Art Board

Is it possible to fail yourself to success? Sometimes, or more accurately, occasionally, assuming you don't give up at the first, or second, or third, set back.

I am looking to do a series of illlustrations for a teaser campaign on our new book on Women of the Wild West. I wanted to cover the dog, as we say, and do some scratchboards and some gouache portraits of a variety of frontier females in a variety of heroic situations. 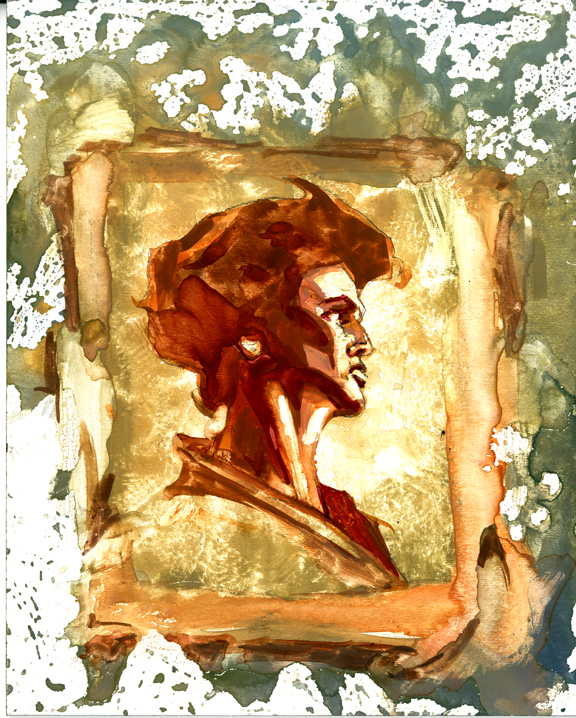 Daily Whip Out: "One Tough Broad"

So here's the inside skinny on how I got the, splotchy, border effects on the above illustration. My partner, Ken Amorosano, and I, were in the Valley last week in a rare rainstorm and we were on our way to an appointment in downtown Phoenix and we had about five minutes to spare, so, on a wild whim, I asked him to pull into a stripmall at 16th St. and Indian School Road, where Arizona Art Supply is. I told him to keep the car running and I ran inside and grabbed a handfull of scratchboards and paid for them and we went on to the appointment. Later, when I got home I realized I bought a few "hardboards" by mistake. I thought I was grabbing a bunch of scratchboards but a couple of these slick surface boards were in there (they were all stacked together side by side). So, I tried to paint on the surface of the hardboard with water soluable gouache paint and got all those islands of paint globs which was a total turnoff and failure, but then I kept going (key phrase) to see what might happen, trying to get some traction and after about four layers, I ended up here. Crazy, huh?

"Failure lies at the heart of all art and. . .any story about art is a story about progressive failure."