If you know anything about me at all, you know that I have a tendency to take things too far and overwork ideas until they turn to mush. Just ask my family therapist.

Here's a good example. Our intrepid editor, Stuart Rosebrook, asked me to illustrate a Sherry Monahan Frontier Fare food column in the current issue since there are no known photos of the participants. Long story short, Sherry found this hilarious article in an 1880's Tombstone newspaper about a naked foot race. Here is the key part of the article: 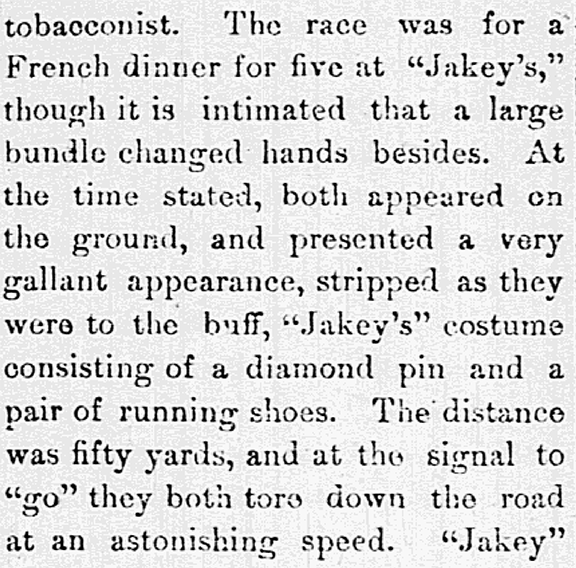 My first question is, if you are running nude, except for "running shoes," where exactly would you stick a "diamond pin"?

So, then I asked Sherry this question:

Are there any descriptions of the nude runners?

Sherry: "According to the Cochise County voter registration, Isaac Levi was born in Austria and was a merchant,  age 25 in 1881. He arrived in Tombstone July of 1880 and took over I. Goldtree's tobacco shop in August 1880. Both runners were named Isaac. Funny, two Isaacs running naked down Middle March Road!"

And where is the location of the foot race?

Sherry Monahan's speculation: "I deduced Middle March Road based on the newspaper account. It's less than 2 miles from Tombstone. The entrance is almost across from the Tombstone campground. The article says it was on 'The Dragoon road, just out of town.'" Sherry sent me a photo of that area. She and her husband Larry have property out there. And here I am going hog wild on the landscape rather than depicting the foot race. 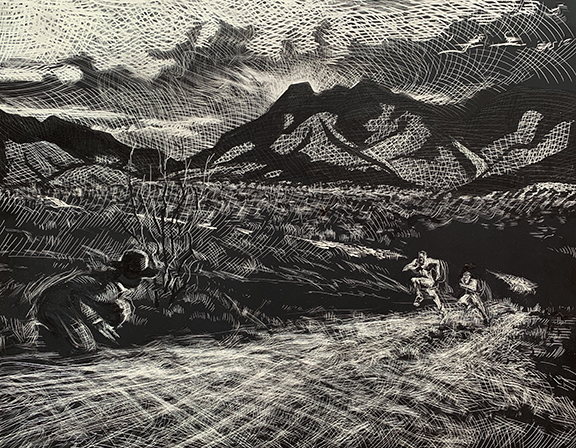 Daily Whip Out:
"Naked Foot Race Near South Pass Outside Tombstone, A.T."
So, what would "running shoes" look like in 1881? Well, here is a photograph of baseball players from that year: 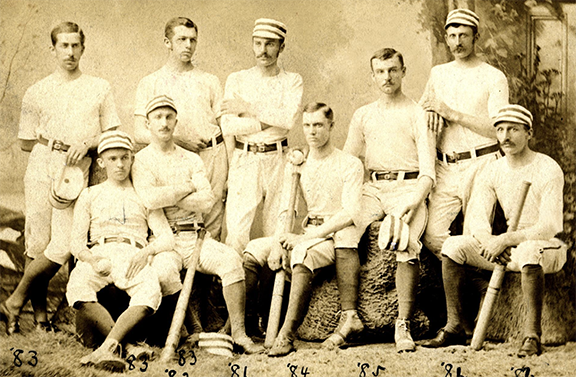 Baseball players and their shoes in 1881
Dig that arch stripe and you can see I emulated that in this sketch: 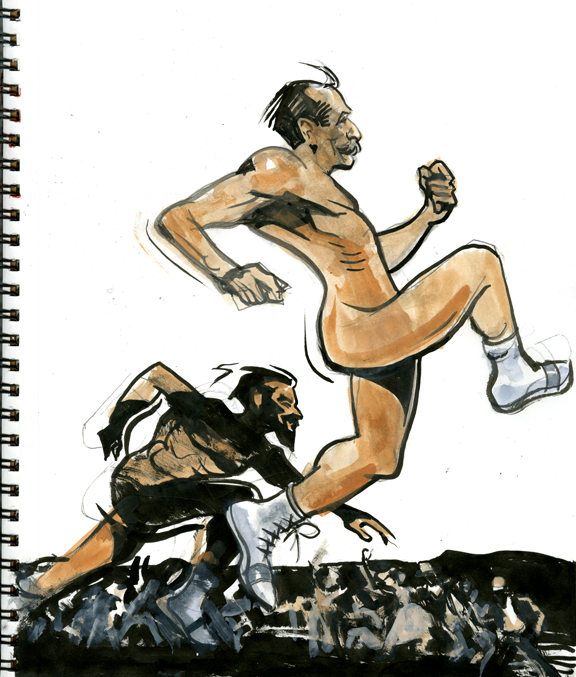 Daily Whip Out:
"The Floppy-Wang-Dang-Noodle Foot Race"
Not sure I believe it, though. That is the naked part. The whole article has a whimsical nature to it, but one thing is certain: We wouldn't be talking about it today if it was just a foot race. It's the naked part that captures our attention. Hmmmmm.
And, in case you are curious, here is my family therapist. 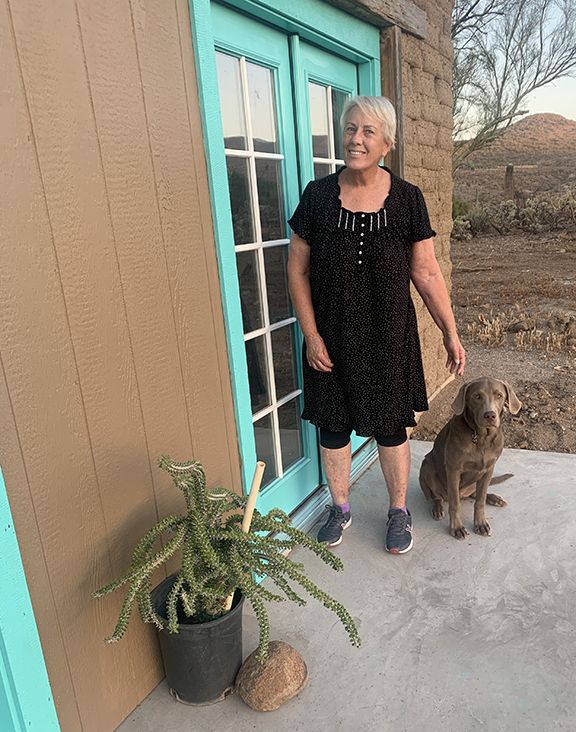 Kathy Radina, Licensed Family Therapist
Took this photo this morning of my therapist and her dog Uno admiring a new plant for the Triple B Bunkhouse that Carole Glenn gifted us and dropped off yesterday. It's a African Alcate and, according to Carole, it loves direct sunlight.
"Nakedness is the best disguise."
—Old Vaquero Saying
Posted by Bob Boze Bell at 8:31 AM