Still working on a variety of women representing different folks out on the wild American frontier. 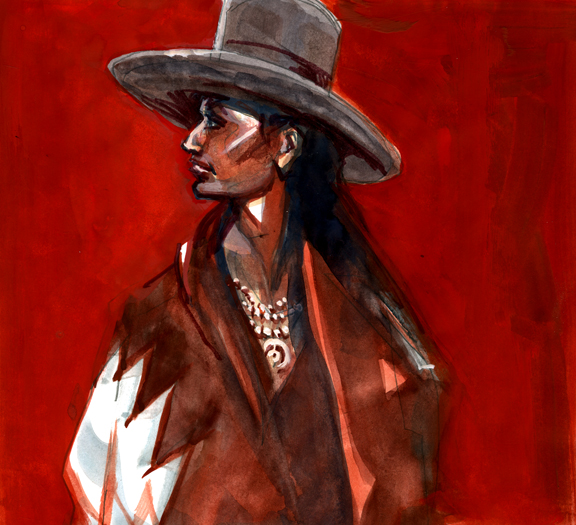 As promised, here is the illustration I talked about yesterday where I started out inking in the main figure with the intention of making it a full silhouette, but as I got toward the top I stopped and let his shirt and the reverse on the barbed wire, pop the effect. A very happy accident.

This is from a series of editorial cartoons for The New Times Weekly I did back in the eighties that ended up in a compilation book, "Even Lower Blows" which is not to be confused with "Low Blows," the first edition that quickly sold out. This drawing was part of a proposed mock ad campaign that Jerry Falwell wanted to do in support of Apartheid (seriously, I'm not making this up). So, I thought I'd save him the $1+ million he was threatening to spend, with ads like this one. As far as I know Falwell never did the ad campaign and he certainly didn't get the humor but I'm proud to say most of my family did.

Let the record show I have had Long Haul Covid symptoms for 17 weeks and counting. I am not alone. Some of my friends have been suffering from Long Haul for over a year. The good news is I received this notice yesterday:

So, if I tested negative after having two positive tests in June, does that mean I am out of the woods? And, if so, why do I still have the long haul symptoms? And why won't they give me known treatments, like Regeneron (the cocktail Trump got) or Ivermectin, which has not been approved by the yaddah yaddah?

I think I know the reason why:

They Don't Want The Liability of Treating It

Thanks to the lawyers and a litigious populace, my friendly and competent doctors cannot risk the liability of giving me something that might help at the risk that it might, somehow harm me.

An old drummer friend from Oregon, Beanie Bob, sent me a packet of Ivermectin, but none of my doctors will approve me taking it. Kind of at wits end, and I'm tempted to take it but I want a medical blessing. Haven't gotten it yet, but I guess I'll cross that river when I come to it. 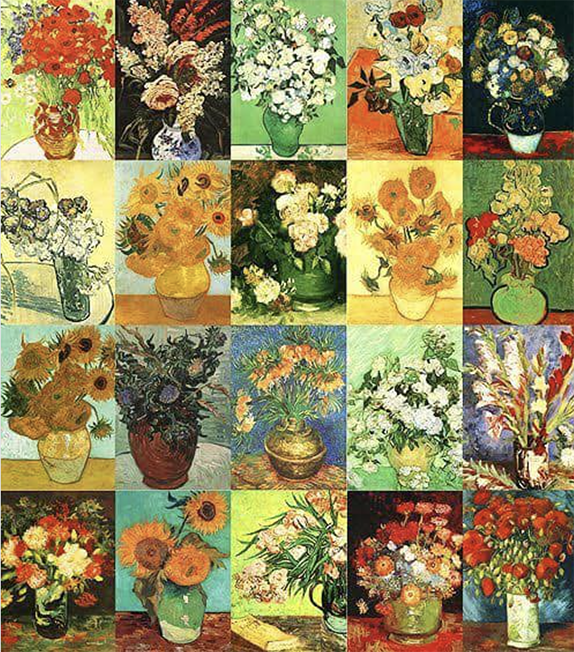 A Gaggle of Van Gogh Flowers

Greasy Days Without Inspiration and Encouragement to Beat The Iron

"Isn't it the emotion, the sincerity of the feeling of nature that guides us? And if these emotions are sometimes so strong that you work without realizing that you are working, when sometimes brushstrokes come with a follow-up and relationships with each other like words in a speech or a letter, you have to remember that it hasn't always been this way and in the future there will also be, unfortunately, greasy days, without inspiration. Therefore we need to beat the iron while it's hot and put aside the forged bars."

—Vincent van Gogh, in a letter to his brother Theo