Another Ridiculous Sunrise Over The Seven Sisters

August 3, 2017
Still off schedule, bent bad by jet lag. Woke up at midnite, just like the previous two nights. Rolled around and tried to read an article on fellow cartoonist and musician, Gary Panter, but finally decided to get up and do something with my life. In the old days, that would have been enough to put me right to sleep, but not now.

I want to see the new film "Dunkirk" by the director, Christopher Nolan. In an interview for the film Mr. Nolan had this advice: "Stay open." This resonated with me. One of the handicaps of being task driven is focusing too hard on a preconceived idea. You need to stay open for the Happy Accident, or something else that you did not plan on, but is actually better than what you started out with.

Did a quick sketch, inspired by a postcard I picked up in Wiesbaden, Germany, of a series of topo maps which apparently someone published as a postcard (I can't read the text). Having been a draftsman in my younger days, these topography renderings resonated with me. I'll post a couple of these sketches later.

Got out on the road at about 5:45 and was met with this spectacular sunrise shaping up over Ratcliff Ridge. 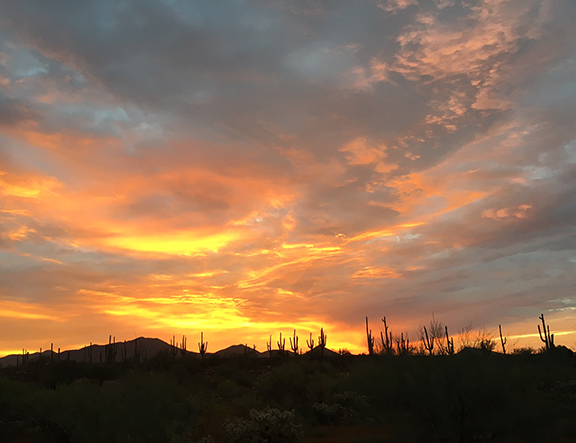 Turned around to see the clouds in the West and took a couple photos that way: 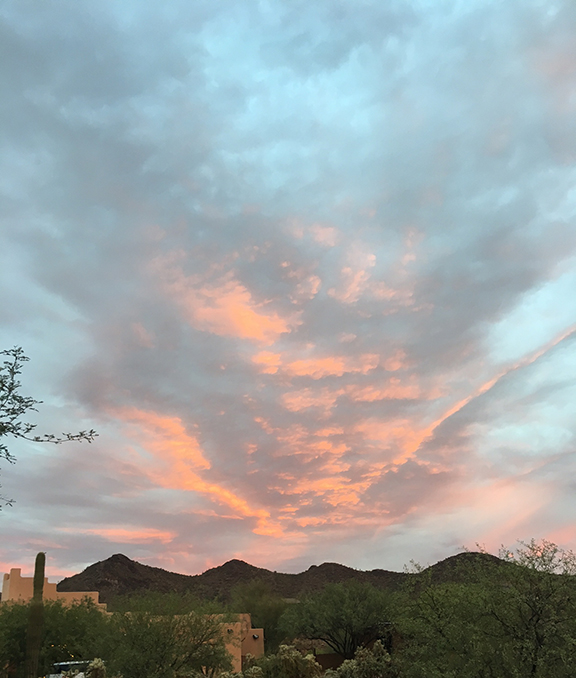 Another Ridiculous Sunrise Over The Seven Sisters


Kept walking and emailed them to myself and when I turned around it was all gone. The moral: pay attention and stop emailing stuff when you could be looking! The other takeaway is, I would never have seen this brief array display if I hadn't been under the influence of jet lag.