Monoprints Culled From The Crypt: "Apache Power" and "Ghost Night"

August 17, 2017
Thanks to my new curator, Kristi Jacobs, I got to take a gander this morning at a whole bunch of art pieces I created almost 20 years ago at Armstrong-Prior in Phoenix. They consist of chine colle and monoprints and to be honest, I had forgotten all about them, until Kristi brought them in from the garage and asked me to title them for her. Some were quite lame and I suggested we chuck them, but a few kind of stunned me, like these two monoprints: 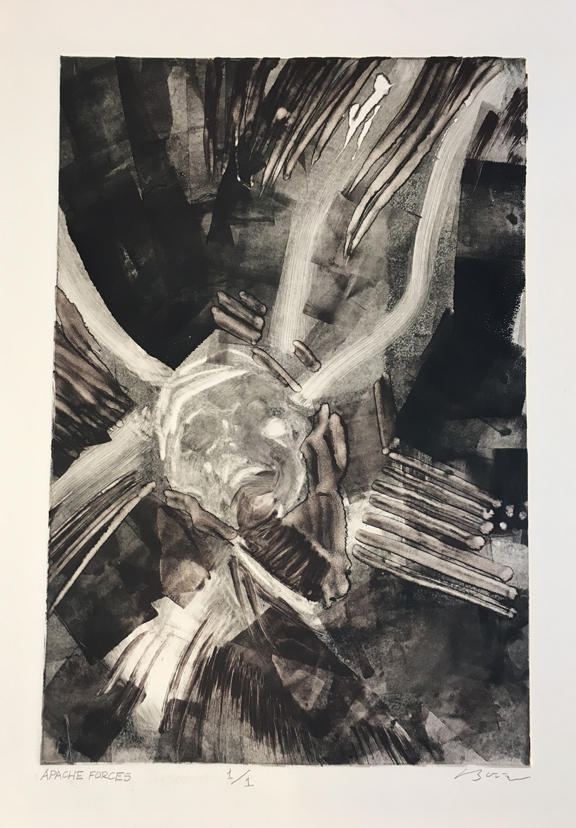 Meanwhile, back at the ranch: 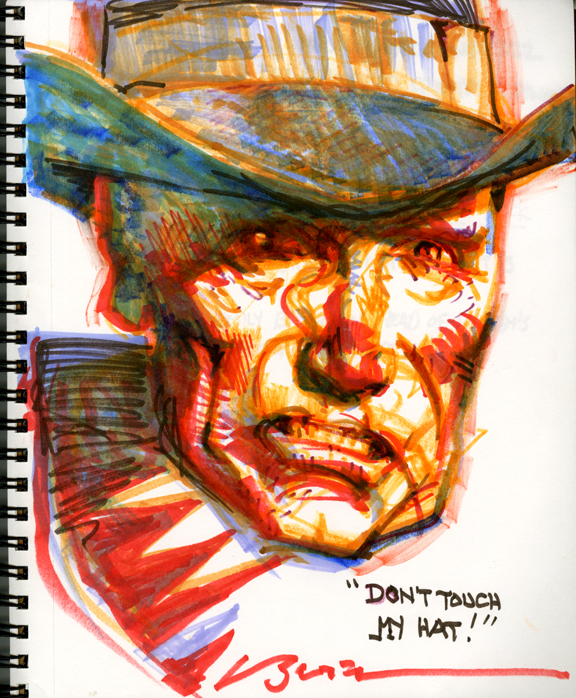 Finding Lost Treasures
An original daguerreotype of John Quincy Adams, circa 1843, will be auctioned off at Sotheby's. It was given as a gift to a congressman whose descendants "lost track of its significance." Man, that quote says it all. Everything we own conspires to be lost and forgotten.

"So much is considered lost until it's found."
—Emily Bierman, head of Sotheby's photographs department