Three Chords And The Truth

August 27, 2017
I was on my way to Ken's house for dinner last night when I saw a storm forming over Elephant Butte. It was in the shape of a big, fat, flying V. Got up this morning and took a couple cracks at it: 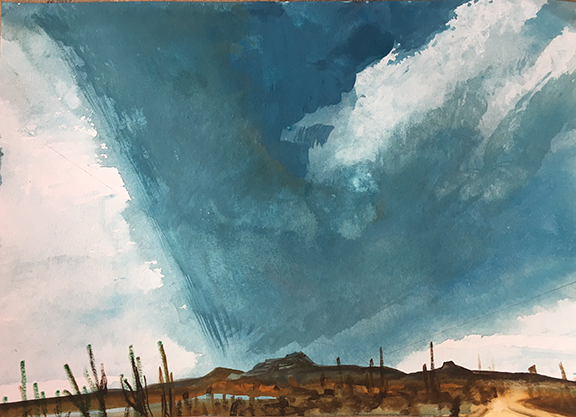 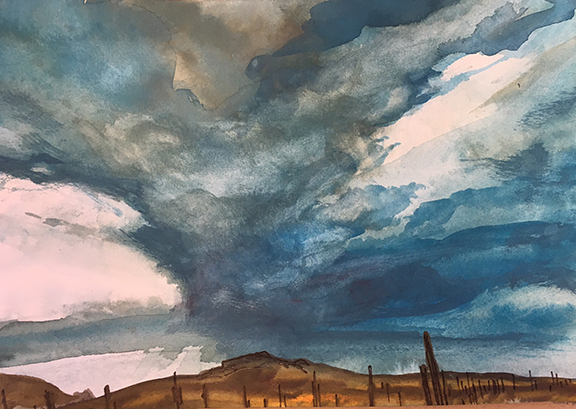 
My life improved when this guy showed up: 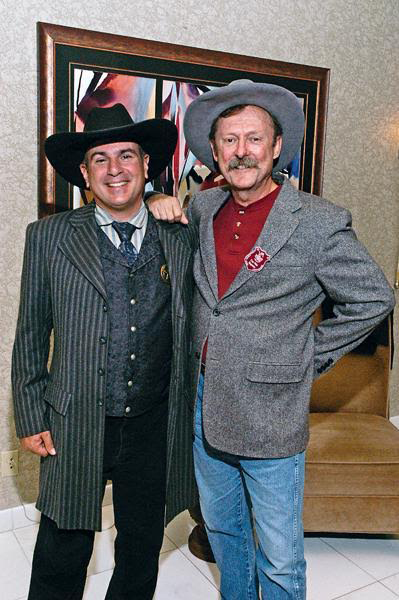 Two Roads West: One from New York and the other from Iowa.
Ken Amorosano and me at End of Trail, 2006

Together, we have accomplished something at True West that eluded me and my other partners for a decade-and-a-half. We have no debt and we pay our bills without having to use a credit card and we put out 12 hard-nosed, historically accurate issues a year, on time, every time.

Three Chords And The Truth
Here's a couple song lyrics and musicians that speak to me and mine on this crazy journey:

"Good guys, bad guys, which is which? The white collar worker or the digger in the ditch? Man, who's to say who's a better man, I've always done the best I can."
—The Standells, "Good Guys Don't Wear White"

"I've done some some foolish things, I've been downright stupid, been a sucker for a pretty face, Lord I was polluted, people say, would you go back, I say, no way, no how, because I like where I am now."
—Don Henley, Cass County "Where I Am Now"

"You know I Gotsta Get Paid."
—ZZ Top

"The best songs make you glad to be alive. It doesn't matter if it's Beethoven or the Monkees."
—Beck

"You should go to the Love show in Las Vegas. It's like drum boogie. It's so far-out."
—Ringo

And Here's Three Footnotes And The Truth
"The historian must not care what the truth is.  His only task is to find it.  It is a whole lot easier to 'prove' Doc, or any other Western figure was a scoundrel or a hero than to find the truth.  All you have to do is find sources that support preconceived prejudice."

"What people choose to believe, is a fact in itself."
—Leon Metz

"Our lives improve only when we take chances, and the first and most difficult risk is to be honest with ourselves."
—Walter Anderson