Those Were The Days My Friend

Last week when I was in Tombstone, I had a great talk with Ben Traywick who showed me the very first building he worked in when he came to town in 1968 (over his left shoulder). 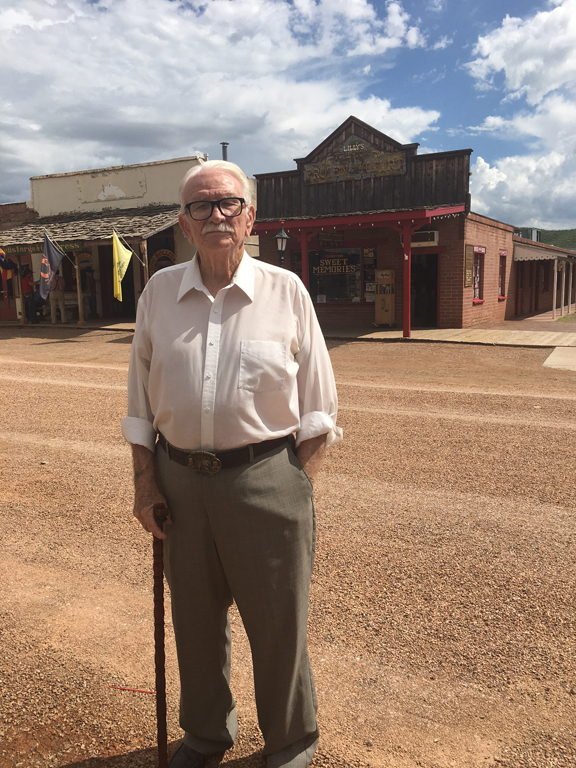 Ben said back in those days he wrote for ten different Western history magazines, four treasure magazines and two In-din mags. Those were the days, my friend, we thought they would never end.

Today, there are two Western history magazines and one In-din magazine that I know of. In general, I think maybe there's hope for the future.

"To generalize is to be an idiot."
—William Blake
Posted by Bob Boze Bell at 5:44 PM