August 5, 2017
When I was in the third grade in Swea City, Iowa, a blizzard hit after we all got to school and we couldn't go outside for recess so the teachers herded us all into the gym where they showed us a film. It was a World War II documentary called "Victory At Sea" and it showed actual nosecone footage of American planes shooting down "Jap" Zeroes who were trying to dive bomb into American ships in the Pacific. (imagine getting the clearance to show this film at a school today?!) Anyway, these  scenes thrilled me to no end and I began to draw aerial dogfights morning, noon and night. 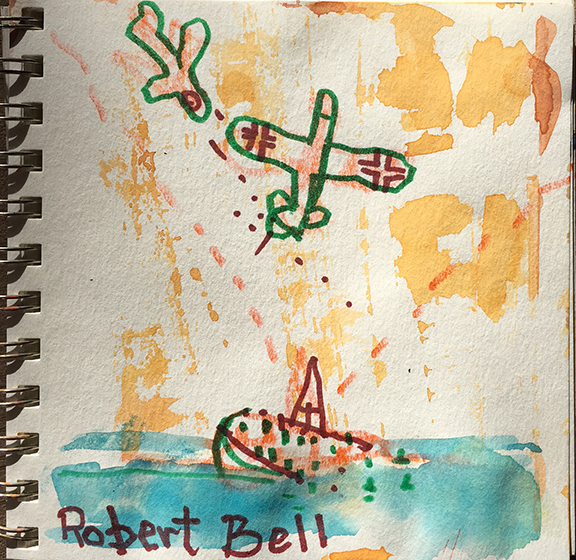 
Yesterday, I took off from work a little early to catch "Dunkirk" in IMAX format down at Desert Ridge and, I have to say, the aerial dogfights are worth the price of admission, alone. So damn cool. If you can see it in IMAX I highly recommend it.

Some old-timer complained in the Arizona Republic that the movie was too loud, commenting, "World War II wasn't that loud." Sorry, old geezer guy, you are confusing Glenn Miller with world war. Yes, the movie is extremely loud, just as war with automatic weapons and Spitfires with Rolls Royce engines WOULD BE, and as the planes bank and fly over, the noise is deafening and you can feel it in your chest. It doesn't get much cooler than that! The nine-year-old in me was cheering to beat the band!

One other selling point. If you need an actor to sell an RAF pilot just with the basic view thru his goggles that guy would be Tom Hardy. Damn that guy is cool as a hotshot flyboy who almost saves the day. Sorry, told you too much. Go see it before I ruin the rest of it for you.

One more thing: If you are disturbed, or puzzled, by the narrative rhythm of the film, "Stop thinking so hard and instead absorb the emotions and spectacle of it all."
—Christopher Nolan, the director of Dunkirk
Posted by Bob Boze Bell at 8:25 AM