August 3, 2017
When I was going through security last Monday at the Frankfurt, Germany, airport, Herr TSA-dude demanded that I put "ze cap" in the bucket to go through the X-Ray machine. Never mind that I hate that because they always place my hat wrong side down and my $750 hat invariably gets dinged as it goes through those car wash, rubber-fringe deals. Anyway, you want to see crazy caps? I'll show you some crazy caps.

Some of these caps are hard to believe, but there you have it. Photographic proof that there are more styles of headgear to be utilized in Westerns than have ever been donned in a movie—ever. Imagine if I submitted sketches inspired by this photo to the wardrobe designer on an upcoming Western. Do you think they would be approved? 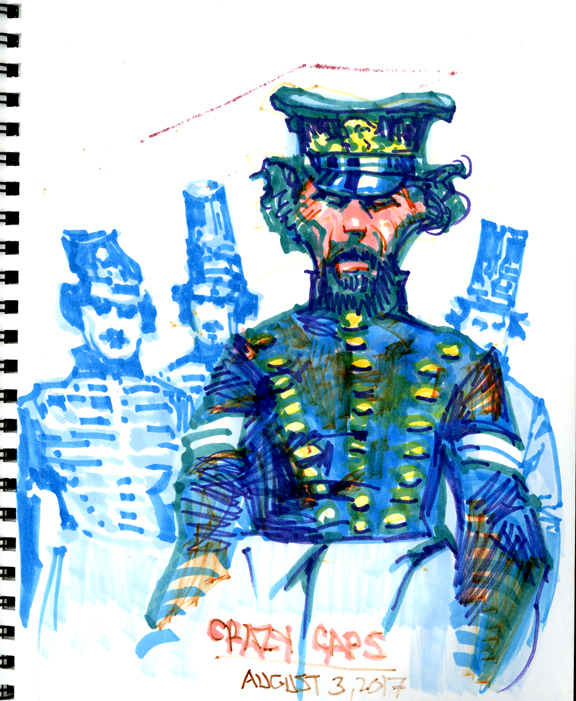 If I ever get the opportunity, you will see these caps in a Western I would probably call, "Ze Krazy Kaps der Frugen-Bozer." Or, something close to that. Danka.

"Germans are unable to speak the German language."
—Hans Georg Stengel
Posted by Bob Boze Bell at 10:39 AM