Everybody Wants A Piece of Wild Bill

September 18, 2017
We all want to own a piece of history. I have an original photo of Lotta Crabtree which I bought for $200 at Argonaut Bookstore in 1998. It is a treasure. I also have a rusted beer can I found at Wyatt Earp's campsite near his Happy Days Mine in 1995. It sits on my desk in my office at True West. It is a natural, or, at least a common human desire to take a souvenir home with you. It's known as "souvenir hunting" and like anything, it can be taken too far.

Everybody Wants A Piece of Wild Bill
A year after Hickok's death Agnes Lake Hickok shows up in Deadwood with Mr. and Mrs. "Buckskin" Charley Dalton and one "Texas" George Carson.

September 4, 1877
The widow, Agnes Lake Hickok visits Wild Bill's grave site and announces that a fenced monument to his memory will be erected with assistance from Buffalo Bill Cody, Texas Jack and Buckskin Charley.

In September of 1877, The Black Hills Daily Times reported "The inscription on the headboard of Wild Bill's grave has become a great curiosity among people outside of the hills, and many pilgrims pay the cemetery a visit before returning east, and copy it."

September 1, 1879
Deadwood is growing. Colorado Charlie, John McClintok and Lewis Shoenfield dig up Wild Bill to move him up to the new cemetery, high on the hill, to be called Mount Moriah. After digging for some time, the three men lift Wild Bill's coffin out of his old grave and cart it up the hill. Beside the new grave they open the casket and notice his body is white as stone. "Why, he's petrified!" Charlie gasps. After placing Hickok in his new grave, they replace the headstone. But, at this new location, traffic increases and relic hunters begin whittling away at the headboard until it is all but destroyed.

An Icon Behind Bars
A more ambitious headstone for Wild Bill is erected in 1891, this time with a statue of Hickok, with two crossed pistol carved into the stone at the base. Erected by J. H. Riordan of New York, this impressive monument stands nine feet tall. Souvenir hunters immediately began shaving off pieces of the statue and nine years later it is all but gone. 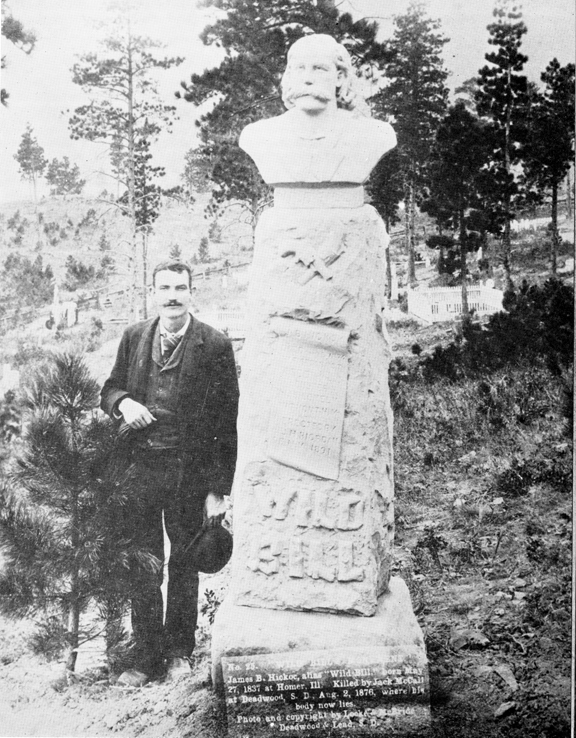 The Riordan Bust of Wild Bill was picked to pieces by souvenir hunters.


In 1902 another sculptor, Alvin Smith, of Deadwood, is commissioned to carve a statue using Black Hills sandstone. It is erected in 1903 and immediately relic hunters disfigure the monument. The citizens of Deadwood take drastic measures to protect it and enclose the statue with a heavy wire screen, but the relic retrievers simply cut the screen and get inside, carving off pieces of the new statue. 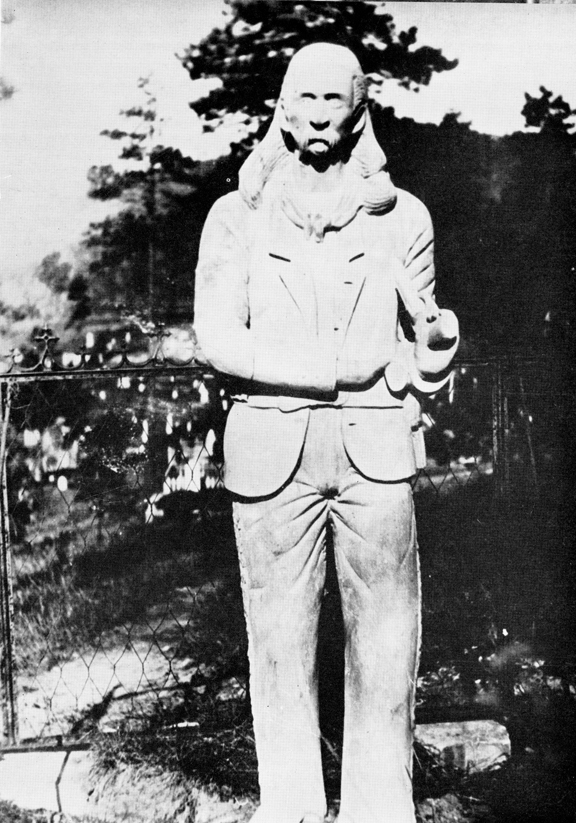 The Alvin Smith statue of Wild Bill before it was was picked to pieces. 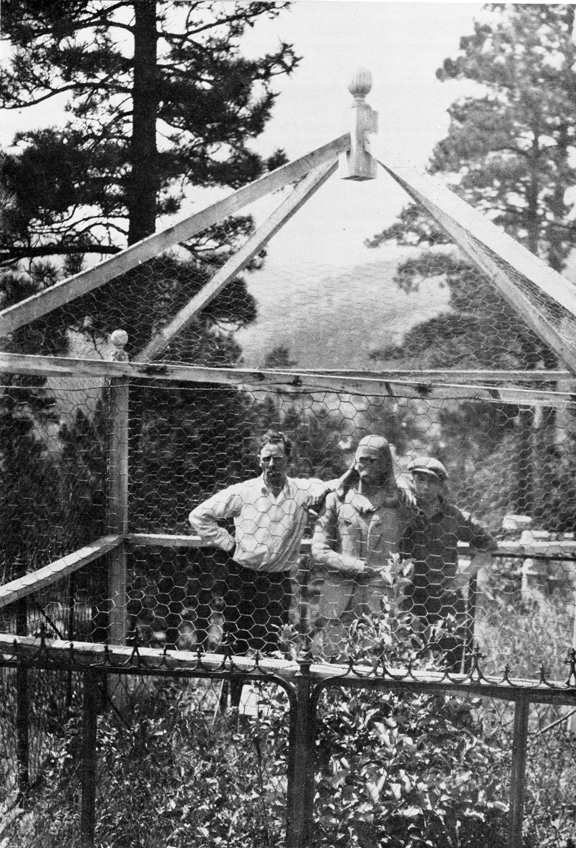 Wild Bill Behind Bars, 1919, with two souvenir hunters posing inside.

It lasts until 1955, but by then it has no head, a leg is broken and most of the detail work on the arms and hands is gone. 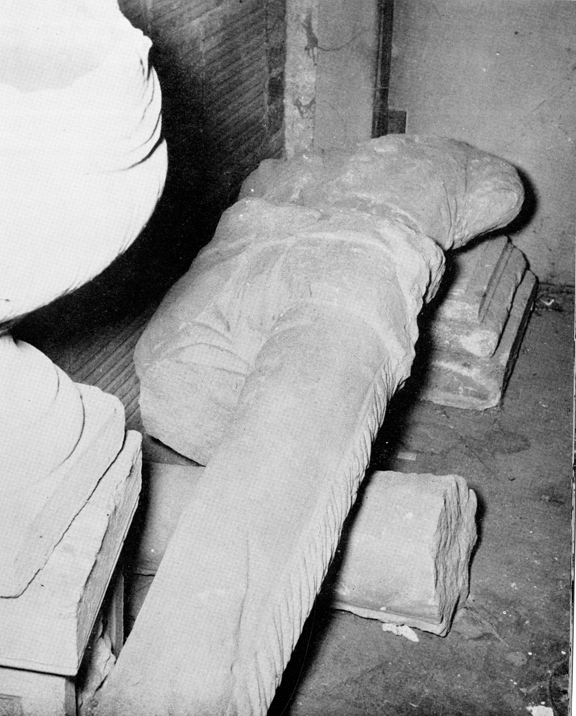 Wild Bill bowed and broken and stored in the Adams Memorial Hall, 1957


The remains of the statue are removed and a simple slab is put in the statue's place, but it is soon stolen. Today there is only a plaque marked "Wild Bill, James Butler Hickok." So far, no one has taken that.

"Are you satisfied?"
—Wild Bill Hickok