September 25, 2017
I worked all weekend on the Wild Bill book. Coming to the end of the project and his life. I've grown to like him even more than before, although I'm conflicted by his contradictions. He lived rough. He did bad things. He deserved a better ending.

Final Thoughts On Wild Bill
Did he suffer from a dose of syphilis that led to eyesight issues? In my opinion, he probably did. Could he have hit a big strike in Deadwood and settled down with Agnes on a horse ranch? Probably not, but that was his dream.

Instead, he became something else: "The Prince of The Pistoleers." All the terms that followed: "Gun Man," "Gunslinger," "The Showdown," and, of course, "Gunfighter," came directly from him and his storied life. He was the first. And his boast came true: he did things Kit Carson never dreamed of doing. Hickok started it all. He was the first gunfighter. 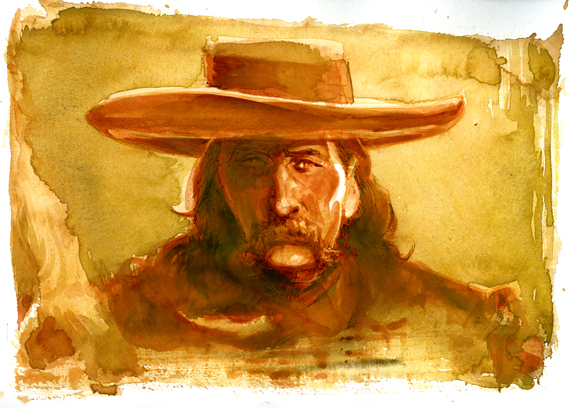 Going by that definition, good ol' Wild Bill still has some life left in him. Of course, there is a downside, if you listen to my crazy amigo from Lamy, New Mexico:

"Dying young is a great PR move, but it doesn't do much for family reunions."
—Thom Ross