September 29, 2017
Her real name is Martha Canary, but everyone today knows her as Calamity Jane. There are many myths about this wild woman who sometimes passed as a man and may, or may not, have been a Soiled Dove. For one thing, she is thought to be the most written about Western American woman of the nineteenth century. 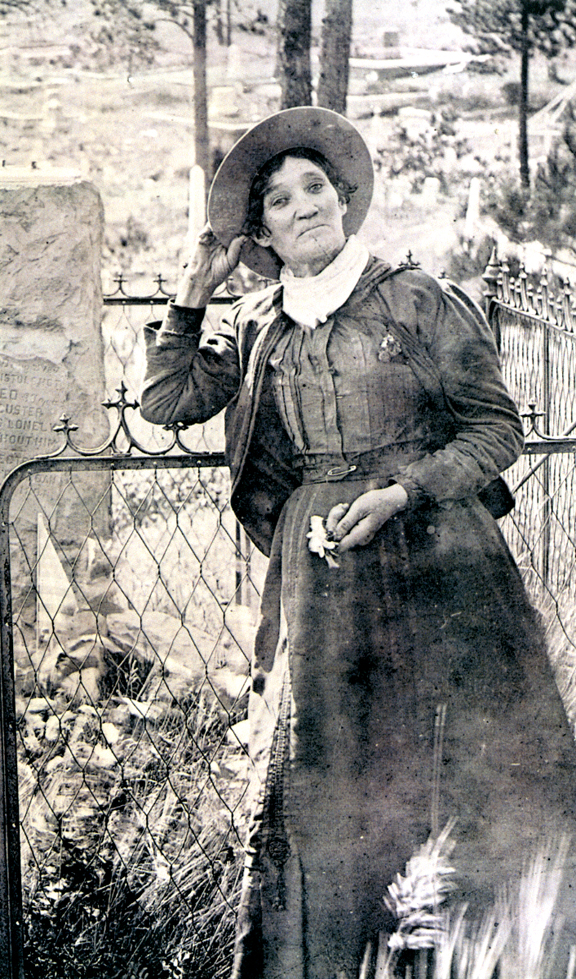 So why is the real Mrs. Wild Bill Hickok almost totally forgotten? I contacted Carrie Bowers, who co-wrote the book on Agnes Lake Hickok—Wild Bill's lawful wedded wife—and here is her main point:

• Calamity Jane lived until 1903, almost a quarter century beyond Hickok's death—and she spent much of that time inserting herself into the Hickok narrative. She didn't have to work real hard at it because Dime novelists jumped on Calamity Jane's version of events, such as cradling Wild Bill's head as he lay dying, or chasing after Jack MCall with a meat cleaver. This is much more exciting than Bill being married to Agnes Lake, a retired circus performer who was about to become a grandmother.

Before Calamity Jane's passing, she requested to be buried beside Hickok, who, in reality barely knew her. The town fathers of Deadwood granted her wish—partially as a joke on Bill and because they knew it would be a good tourist draw. They were right on both accounts!

Here's part of a letter in the Buffalo Bill Center of The West archives, stating the joke part:

"At the time of Jane's death, it so happened that several prominent Deadwood men met in Mike Russell's Saloon and someone remarked that Jane was dead. After another drink or two, they decided that Jane was entitled to a good funeral send-off in recognition of her untiring care of miners during the smallpox epidemic. Then the question came up, 'Where would they bury her?' Someone suggested it would be a good joke on Wild Bill if she would be buried alongside of him in the Mount Moriah Cemetery. As the conversation progressed, they were sure it would be a good joke on Bill if he knew that he would lay up with Jane for all eternity."
—Russell Thorp, August 31, 1960

Thanks to the Top Secret Writer for scoring this letter for the book.