September 4, 2017
Agnes Lake married two Wild Bills. The second one we all know, but the first one was a clown of some renown: William Lake Thatcher. I think of him as a Civil War era Sammy Hagar. 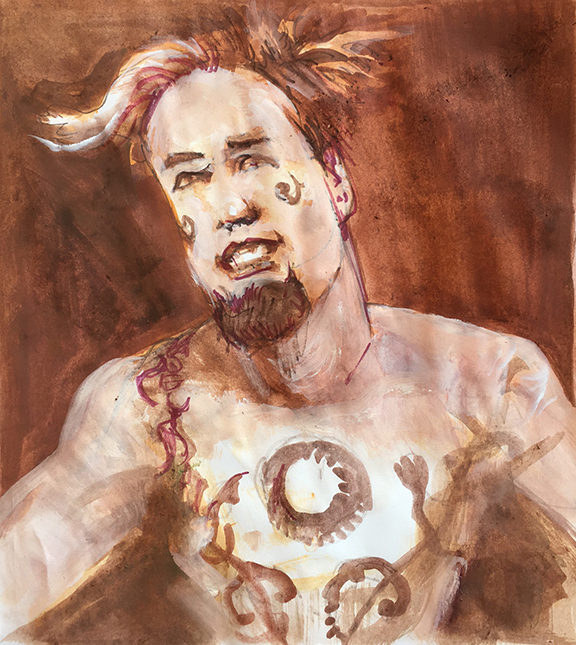 Daily Whip Out: "Clowning Around, Literally" From a photo.

Billed as "Master Thatcher" early in his career, the east coast native performed in a number of equestrian acts with multiple companies between 1834 and 1840. Some believe he suffered a bad accident while performing dangerous stunts on horseback and he was forced to switch his circus performances to the clown arena. After the 1841 season he focused on witty clown routines and developed a bit with his two dogs, Bibo and Rolla. He worked with multiple circuses before he met and married Mary Agnes Mersmann in New Orleans in 1846. Together the two traveled the country, with Bill becoming the "Master of the Arena" and "Director" for the next 20 years. The Lakes finally started their own circus because they were tired of not getting paid when the shows they worked for went out of business. Bill Lake developed a reputation as a solid performer and a steady employer. 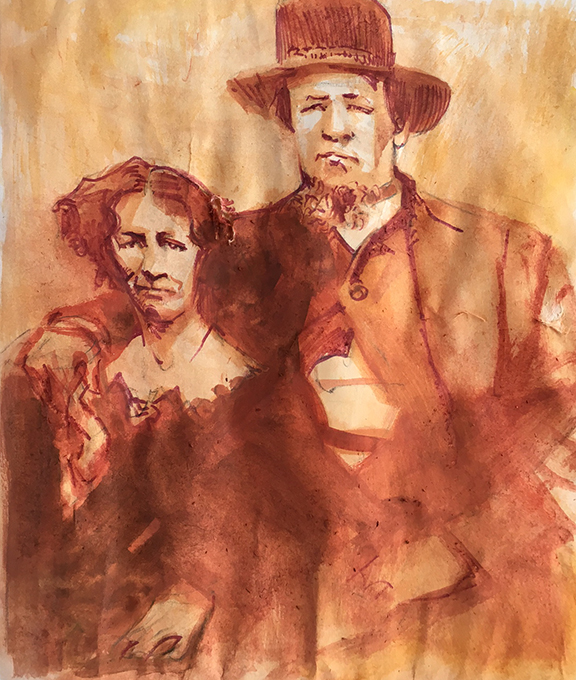 The Lake's Hippo-olympiad and Mammoth Circus was doing quite well and the circus veterans, Mr. and Mrs. Lake (the Thatchers used Bill's middle name professionally) had plans to buy a horse farm in Kentucky, right across the river from Cincinnati, at the end of the 1869 season.

A Bad Customer
The Lake's Hippo-olympiad and Mammoth Circus took a swing through rural Missouri, landing at  Granby in the southwestern part of the state.

August 21, 1869
After the evening's regular performance the ushers begin clearing the tent of circus goers who had not bought admission to the bonus feature, a minstrel show. A young, local ne'er-do-well is found hiding under one of the seats and when confronted, he refuses to leave. Bill Lake is summoned, who walks straight up the miscreant and tells him to pay up or get out. Jacob Killian (also spelled as Killyou, Killyon and Killen) gets smart and tries to pull a revolver, but Bill—used to dealing with punks like this around the country—immediately disarms the young man and escorts him to the door by the scruff of his collar and throws him out. Lake keeps Killian's pistol, and the local authorities are summoned. Humiliated, Killian stays at the entrance cursing and threatening to kill Lake. He finally leaves.

Bill Lake returns to his duties and gets ready for the minstrel show. Before the show begins, a local Deputy Marshal named Bailey shows up to interview Lake. Bill tells the lawman he will keep the young man's pistol and relinquish it in the morning.

At the front entrance, Killian has returned and tells the doorkeeper he is "not a quarrelsome man" and that he is willing to "pay to go in." The Sedalia Weekly Bazoo reports what happened next:

"While they were talking, Marshal Bailey and a Mr. Thompson were standing facing Mr. Lake, not three feet from him. Killyon again approached from behind Thompson, and throwing his revolver over Thompson's right shoulder, shot Mr. Lake, the ball entering about three inches above the right nipple, coursing, apparently downward towards the heart. Mr. Lake staggered a few yards and then fell down on his hands and said, 'My God, boys, I am killed; carry me home.' He was immediately carried to his room in the Southwestern Hotel, but expired almost as soon as it was reached."

Everyone scatters and ducks for cover, including the deputy. In his panic to escape, Killian trips and falls, accidentally discharging his pistol a second time, but he manages to slip out of the tent and escapes into the night.

Agnes offers a $1,000 cash reward for Killian's capture, but her desire to see justice done will take a long time and in the end, it takes a very unsatisfactory turn.

"War is both the simple shape of the arrowhead and the complicated life that it annihilates."
—Karl Ove Knausgaard, "Autumn"
Posted by Bob Boze Bell at 12:31 PM