September 17, 2017
If you are a subscriber to True West magazine you should be receiving the November issue this week. Inside this packed issue is my Cowboy Hat Etiquette feature, which is a survival guide for city folks who want to stay alive out West (Rule No. 1: Don't touch my hat!).

One of the rules we had the hardest time with is the rule about when do you take your hat off in doors? Many current day cowboys have been influenced by their service in the armed forces, where the standing rule is: if you are inside the hat comes off. However, we found plenty of exceptions to this rule, including Cowboy Church, where you can wear your hat in church, but it comes off during the Lord's prayer.

Meanwhile, we sometimes assume, incorrectly, that big hats didn't really come into vogue out West until the 1920s (Tom Mix, Tim McCoy, Hoot Gibson, those guys). Here's a guy in the 1870s sporting what can only be described as a monster brim. 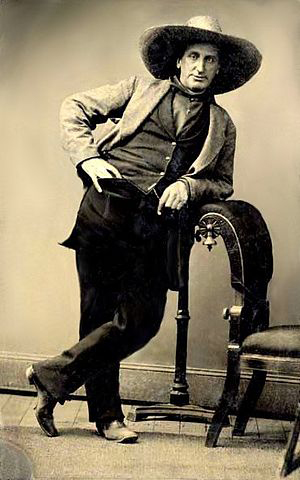 Here's another odd twist—okay, a French twist. I was searching for art reference on theatre goers from the 1870s-80s and I came across numerous paintings depicting the theatre and bar scene in Paris. In virtually every scene, we see men and women with hats on, inside. 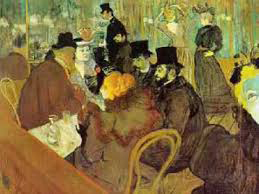 Toulouse Lautrec: "At The Moulin Rouge" 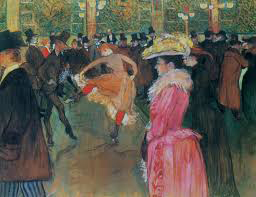 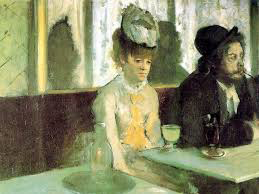 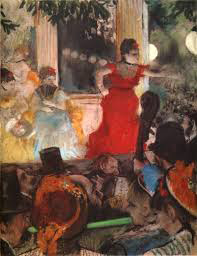 There must have been quite a few altercations, given those tall stove pipe hats blocking everyone's view. Now granted, this is French society, but you'd think they would be even more formal than the American frontier rubes, no? In terms of taking off your hat inside? Just very interesting, how hat etiquette evolved. I really think it was the military that changed the indoor hat etiquette, probably in WWII.