September 8, 2017
Lots of heated discussion around here about my comment in the last post about the "respected" historian who claims Wild Bill Hickok was homosexual because he wore his hair long, "like a woman." Several people have demanded that I out him, but I will not. And, as I mentioned yesterday, said historian is a World War II guy and he hated the hippies with their long hair who came along in the sixties. Still, it's a good example of how someone college educated, can still be so short-sighted and prejudiced—over hair length! But, as Mark Twain allegedly put it, "History doesn't repeat itself, but it does rhyme." 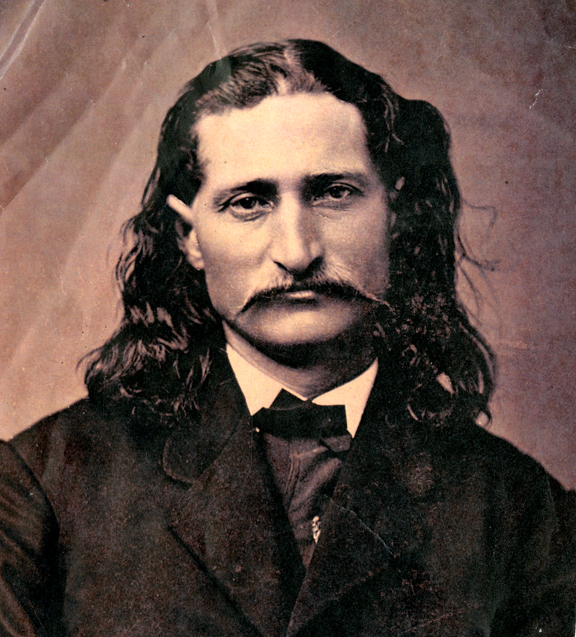 Got this from the Top Secret Writer:

"Long hair was a major statement in the 1860s-70s West as well. Long hair went out of style in the 1850s and was certainly done in for most folks during the Civil War (lice, grime). Westerners like Hickok and Cody wore their hair long as a statement that they were mimicking the old-style plainsman/mountain man. It was also a dare to their Indian opponents to come and try to take it. Santanta once taunted Sheridan by asking him to let his soldiers grow their hair long so his men could take worthy scalps. Sheridan said he couldn't cause the soldiers would get lice."
—Paul Andrew Hutton 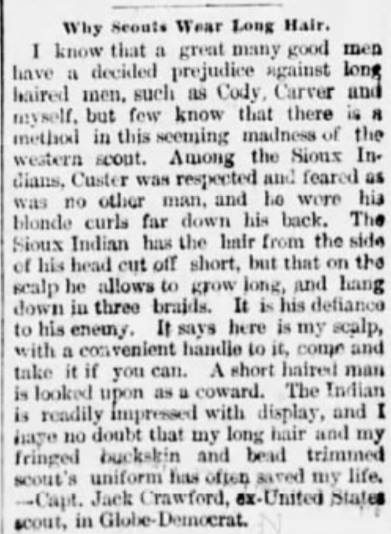 Thanks to Gay Mathis for sending me this.


"Hair today, gone tomorrow."
—Some balding guy, who looks at me every morning in the mirror