September 22, 2017
The Top Secret Writer successfully bid on an original stereoscope of Miss Emma Hickok Equestrian. Then he sent the original to me IN THE MAIL, for usage in my Wild Bill book. 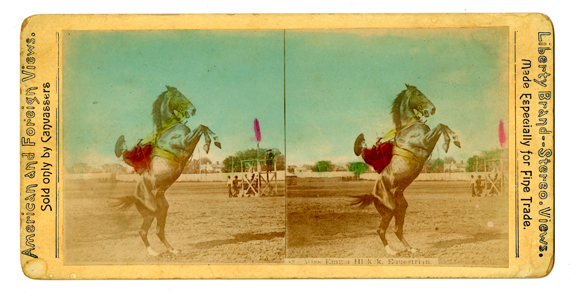 
With friends like these I could conquer the world. Or, at least, the publishing world. What's left of it, anyway.

Went home for lunch and finished a painting: 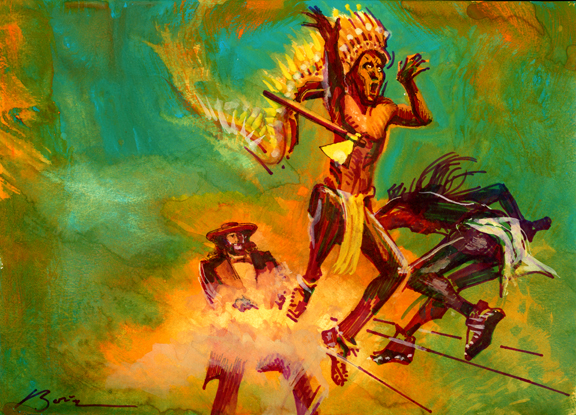 After a couple months on the road, Hickok hated show biz. He was bored and he especially hated the fakery. To amuse himself, he started firing his blanks closer to the "Indians" (anglos dressed as In-dins) legs. Sending them howling and hopping, instead of howling and dying, as the script of "Scouts of the Plains" called for.

In March of 1874, Hickok quit the show and went back out West. However, Cody and Omohundro continued to feature Wild Bill as a star in the show. This is a handbill for a show in Keokuk, Iowa in April of 1874, a month after he left the show! 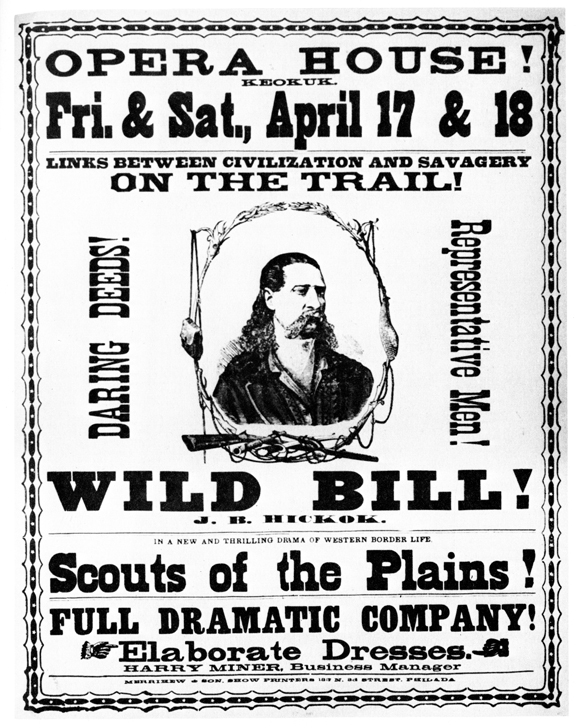 A handbill for an appearance by Wild Bill
but featuring an impersonator. Perhaps that's why it
says, "Representative Men!"

It also helps explain a handbill for Scouts of the Plains that belonged to the Hickok family, that had this hand written note on it: "I was not in the hall but I don't think Jim was there." The Hickok family always called him Jim, and this is an allusion to the show featuring a Wild Bill impersonator.

The Eternal Wash
Got a request for a Daily Whip Out from several years ago to be in an art show at Cattletrack Art Gallery in November. That was a couple hundred paintings ago, but thankfully I have this woman, Kristi Jacobs, who curates my artwork and she tracked it down and found it this morning, exactly where it was supposed to be. Sweet! 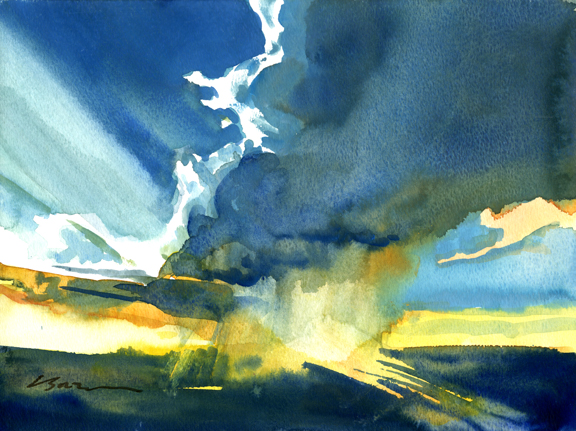 Daily Whip Out: "The Eternal Wash"

Rack Tweaking, Part II
I always encourage True West readers to rearrange the newsstand so that we get better exposure. We are often buried in the back. This is a good example: 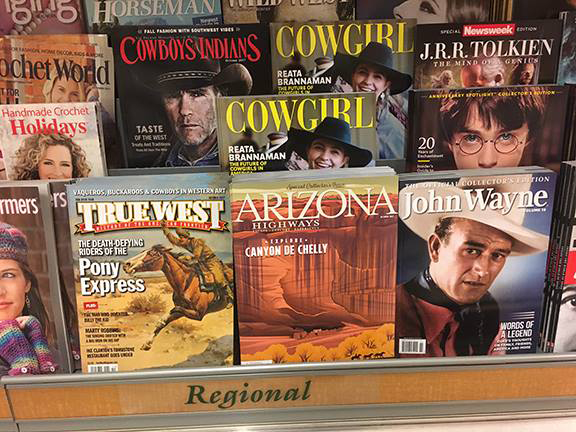 Full disclosure: there was rack position tweaking of two titles before this photo was taken. Just got this report from the owner and director of the Great American Wild West Show:

"Checked my Wal-Mart mag display yesterday. You were hidden behind gun magazine and I rose to my Western duty and moved you to the front. It was the Pony Express issue. And, of course, I told the manager if it happened again I would start getting my flip-flops and depends at the Dollar Store."
—Don Endsley