September 23, 2017
It ended, rather appropriately, in the blowing snow and freezing slush of the upper East Coast. Rochester, New York, to be exact. March misery. He started touring with The Combination in late September of 1873, but after only five months and change, Wild Bill Hickok was through with Show Biz.

True, he and Buffalo Bill and Texas Jack played to capacity houses wherever they went. 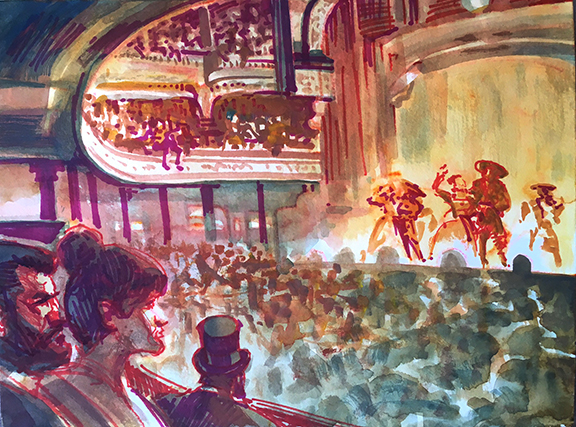 Daily Whip Out: "A Full House"


But Hickok hated the fakery and artifice. He drank to relieve the boredom of the road, and wounded his fellow actors with shots aimed too close to their legs. 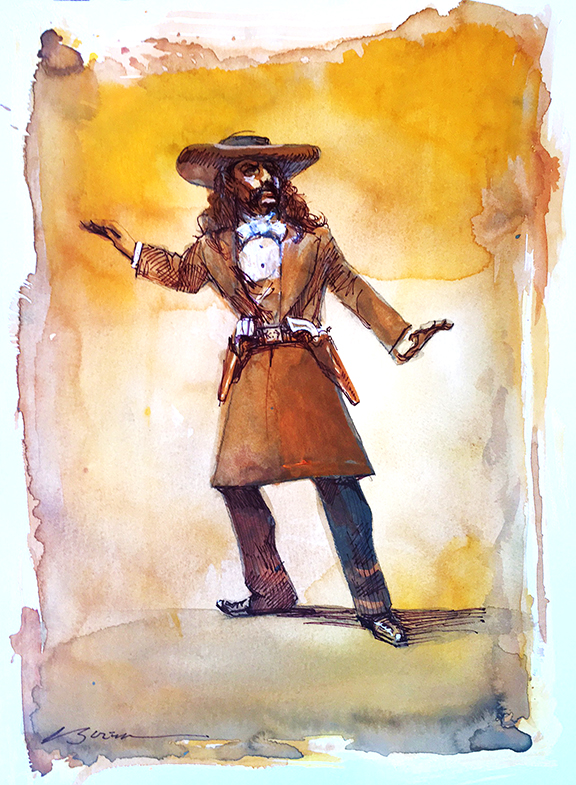 Daily Whip Out: "Stag His Nibs!"


The Rocky Mountains beckoned him home, but it was not to be a happy homecoming. He had two years to live.

"Years ago, before wine and women had ruined his constitution and impaired his facilities, he was more worthy of the fame which he attained on the border."
—Cheyenne Daily Leader, August 16, 1876
Posted by Bob Boze Bell at 5:16 PM