September 14, 2017
This is our last day in Maynard Country. Had a great little road trip yesterday, taking in Zion, Pipe Springs and Bryce Canyon. Amazing country. 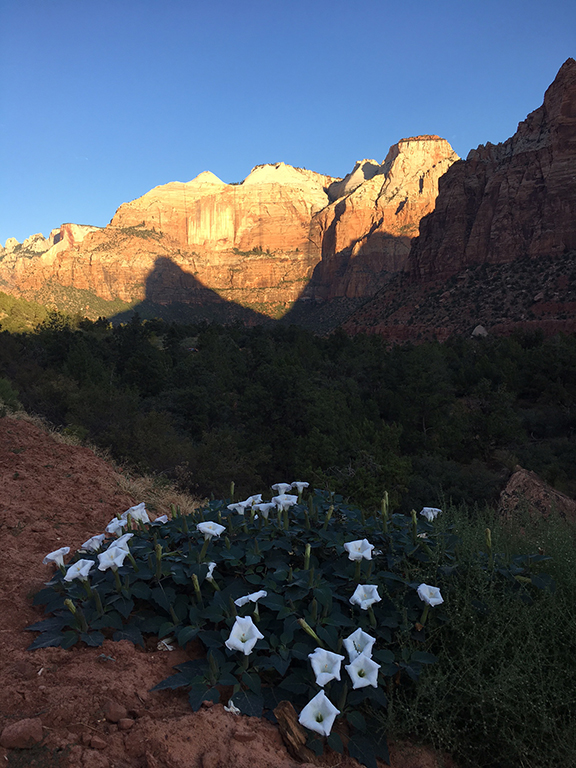 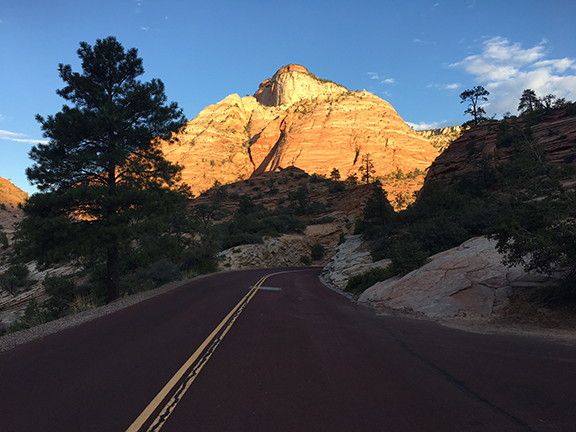 Daybreak On the road in Zion 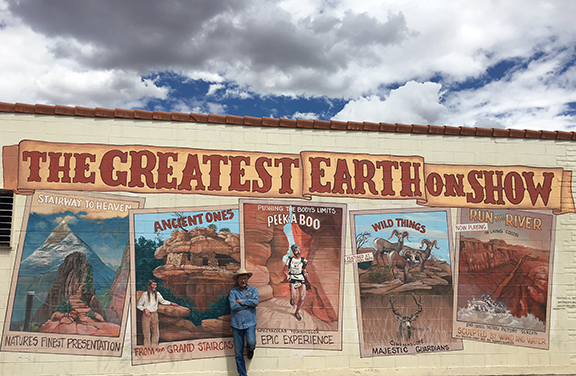 BBB in front of a clever play on words on the side of a gas station in Kanab, Utah. 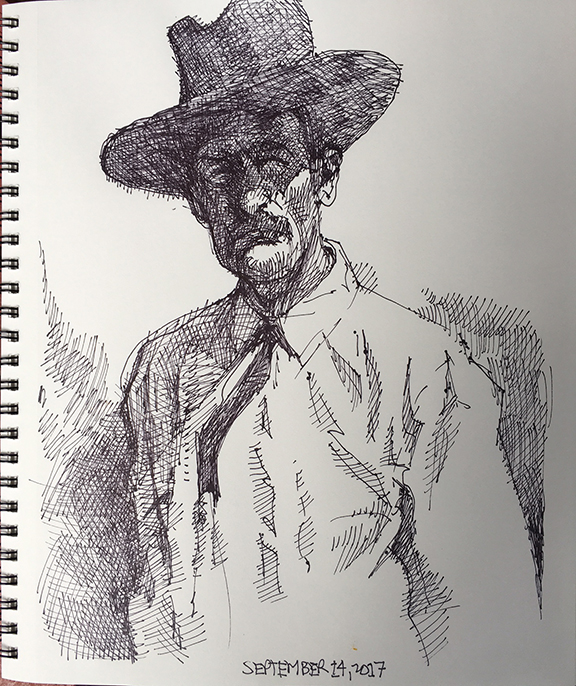 Daily Whip Out: "Maynard" From a photograph that hangs in the living room of his cabin. 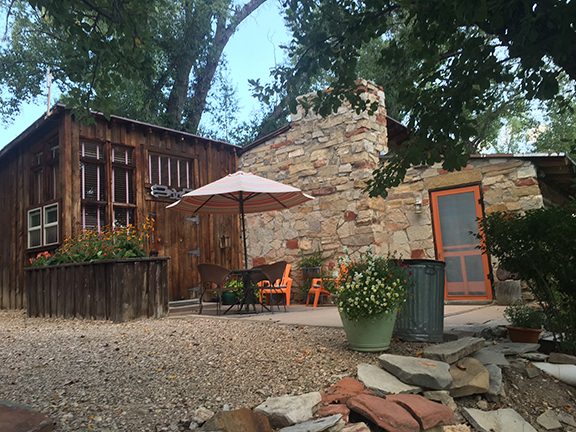 Maynard's art studio where I am finishing up work on my Wild Bill book.

Maynard's cabin and studio are located about halfway between Zion National Park and Bryce National Park, in Long Valley, on the southwestern edge of the Escalante Desert.

After Maynard's death in 1946 (he died a month before I was born), Dixon's wife transferred the ownership of the cabin to a painter named Milford Zornes who lived and worked here for 33 summers. There is a small catalogue of Milford's paintings in the cabin and I have enjoyed seeing his work, as well. He was very prolific and lived to be 100. He was also a teacher who had good observations on art, like this"

"An artist's job is to know what to leave out."
—Milford Zornes