Eye Yi Yi! The Future's So Bright Hickok's Got to Wear Shades

September 27, 2017
By the time Wild Bill reached Deadwood, he had some serious issues. His shooting days were over and his eyes were going bad. Some speculate he was suffering from syphilis and one report has him wearing sun glasses, which, believe it or not, were actually worn in the Old West. 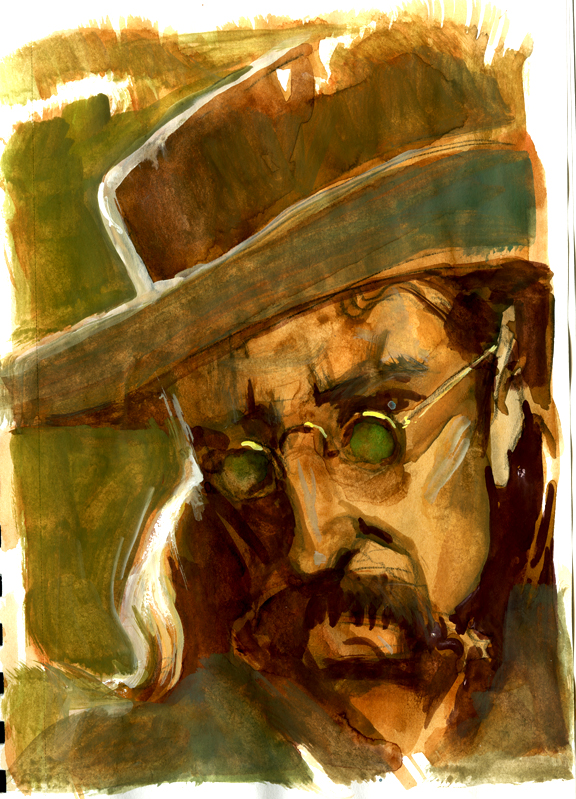 Daily Whip Out: "Wild Bill's Future Not So Bright"

And, by the way, this is why you get Charles Bronson wearing sunglasses as Hickok in "The White Buffalo," 1977.

The Legend of Wild Bill
Legend is presumed to have some basis in historical fact. The truth has merely been exaggerated for the sake of a good story. And if there is one thing historians do better than anybody else, it is ruining a good story.

"By the light of their rise and fall can be traced the outlines of the country itself, like night terrain glimpsed via flares."
—Tom Shone, in a review of "Warner Bros" in The New York Times
Posted by Bob Boze Bell at 11:26 AM