October 11, 2017
When I was a panelist at the Lone Pine Film Festival last Saturday, the panel moderator told us the word in Hollywood is that the reprise of "Deadwood," the HBO acclaimed series, is apparently a go. As I have been researching the authentic Wild Bill and his demise in the illegal boomtown, I have been struck with how authentic many of the characters in the fictional David Milch production really are: 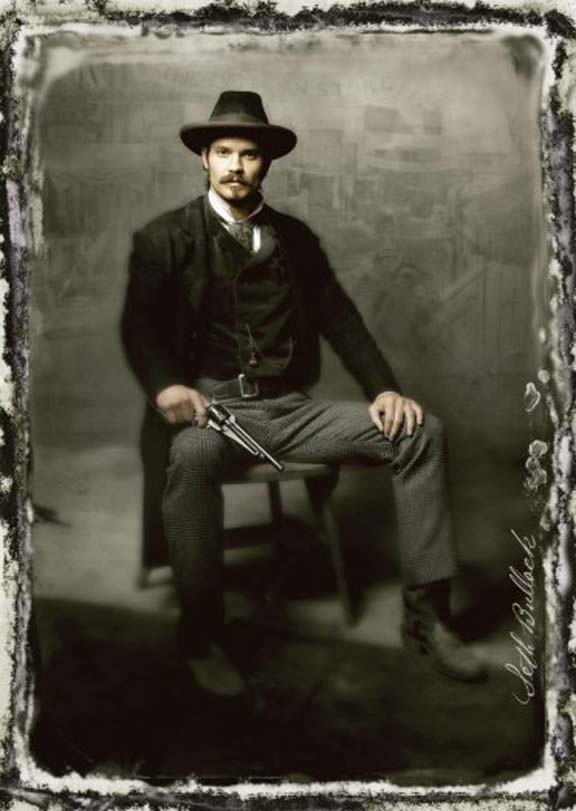 Timothy Oliphant as Seth Bullock in the HBO series "Deadwood"

Here are a few of the things the HBO show got right historically:

• Seth Bullock and Sol Star, did establish the Star and Bullock Hardware Store in 1876.
• Al Swearingen did own the Gem Theater but he was from Iowa, not England.
• As many as 400 Chinese lived in an area of Deadwood, known as the “Badlands.” They elected their own mayor and council, as well as establishing their own police force and fire department.
• George Hearst did come to Deadwood and eventually bought the Homestake Mine.
• E.B. Farnum was appointed as mayor by the first miners’ court in Deadwood.
• Calamity Jane was every bit as foul-mouthed and drunk as she is portrayed in the series.
• Lucretia  Marchbanks was known as “Aunt Lou” in the camp and she did work at the Grand Central Hotel as the kitchen manager.
• Albert W. Merrick did found the Deadwood Pioneer newspaper in 1876.
• There actually was a Gem Theater prostitute named Tricksie, who shot a man through the front of his skull for beating her up. The attending doctor was amazed that he survived the gunshot.
• Jack Langrishe did in fact come to Deadwood Gulch in 1876 along with the rest of his troupe. They temporarily conducted their productions at the Bella Union Theatre before building their own building.
A Slight Nitpick:
• Jack McCall’s first trial that acquitted him of murder was not held in the Gem as shown, but instead at the Deadwood Theatre, sometimes referred to as McDaniel’s Theatre (for its builder,) or the Langrishe Theatre, for Jack Langrishe, the performer’s troupe manager.
I need to thank Mary Kopco, director of the Adams Museum in Deadwood, and Jerry L. Bryant, the museum’s research curator and archaeologist for this great inside information.
Also, it must be said, the best portrayal of Jack McCall, based on the descriptions of him (there are no known photos) is this guy:

"Here's my counteroffer to your counteroffer: go f--- yourself!"
—Al Swearengen (Ian McShane), in "Deadwood"