November 17, 2017
I was sitting in the Triple B breezeway last night, enjoying a glass of Cabernet when I spied this view out the front gate. I would call this a "Mesquite Tree Sunset." By the way, the sun is setting on the opposite mountains, to the left of this and Continental Mountain, is in the east. A reflective sunset in more ways than one. 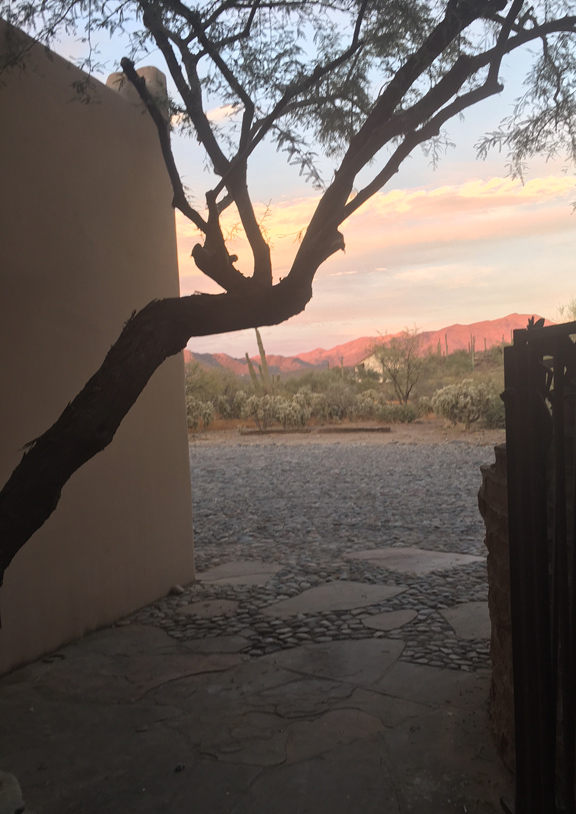 A Fool's Errand
So, back to work. This morning I wanted to make a solid case for our search for the most authentic Westerns and I asked Professor Paul Andrew Hutton to write up 100 words on the accuracy of "The Alamo" (2004). Instead, he wrote this.

"Be careful what you ask for."
—Old Vaquero Saying