When True West Had A Resident Punk

November 17, 2017
Doc Ingalls has a great look as an authentic Old West character and he shows up in a lot of my work, for example, right here: 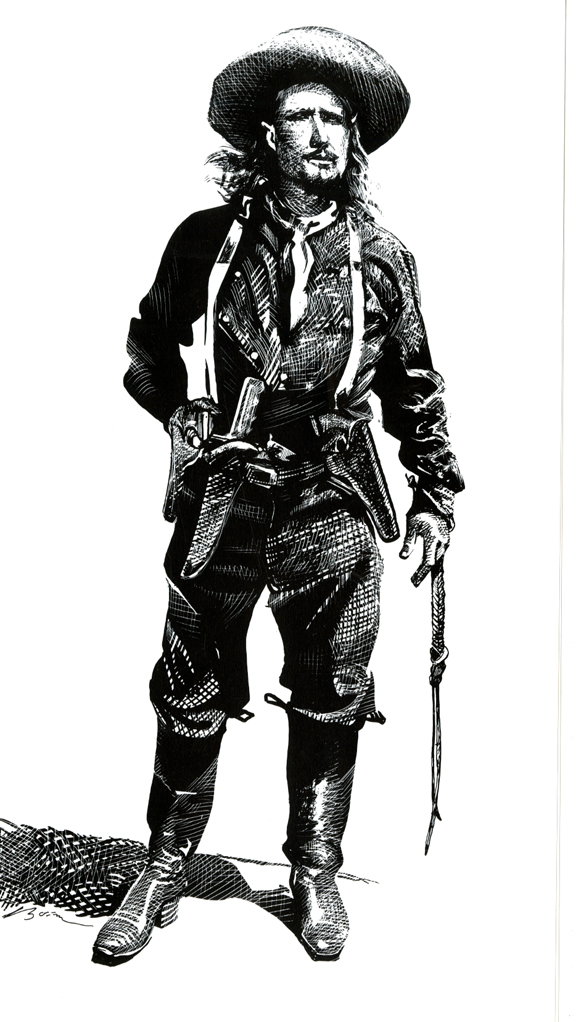 Doc has also posed for some Out-There concepts as well, like this: 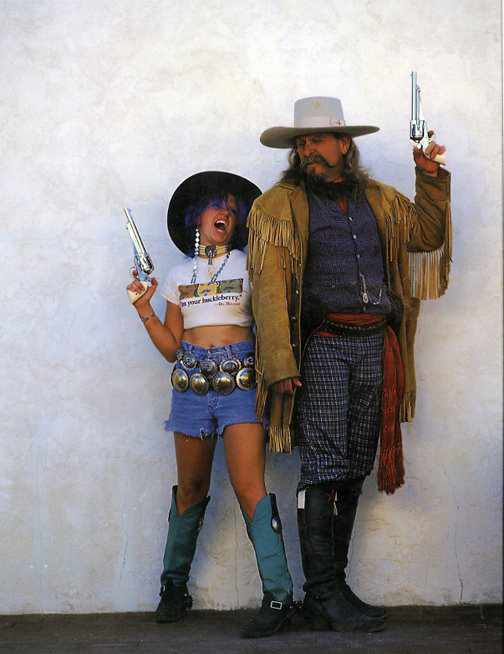 The Old West Has A New Look!

Indeed, this was back in the year 2000 when we had another publication, in addition to True West, called Old West Journal. Here is an ad for it: 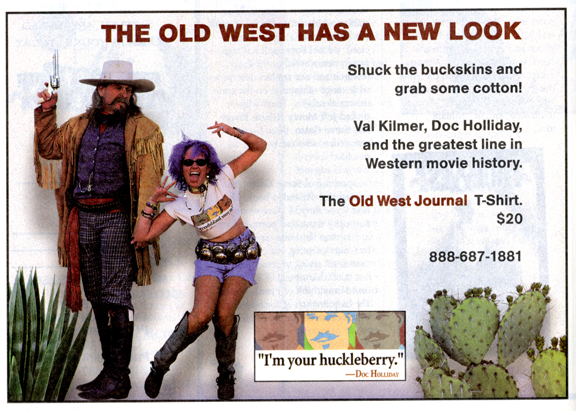 An ad for Old West Journal that ran in True West, July of 2000

"Old West Journal" was the brainchild of myself and Marcus Huff. It was daring and edgy and doomed after only a couple issues. Jesse worked at Clantonville, the shabby headquarters of True West, back in the day, located on the other side of the wash from The Goatsucker Saloon in downtown Cave Creek. Here she is in our masthead: 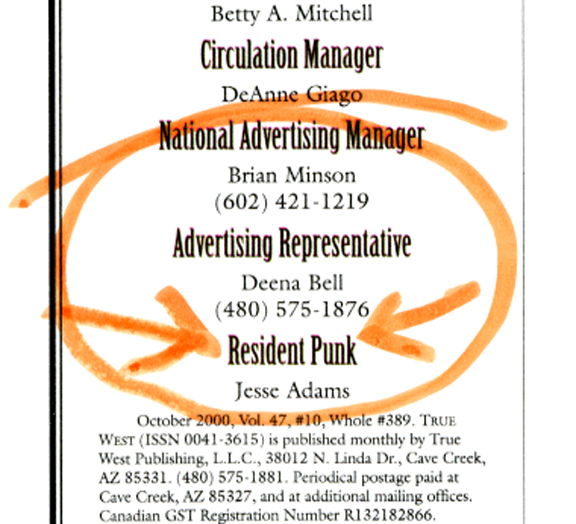 Gee, I wonder where she is today?

"Success is women you don't even know walking around your house."
—Old Vaquero Saying