November 2, 2017
Got up this morning and attacked a painting that conveys how I feel today. 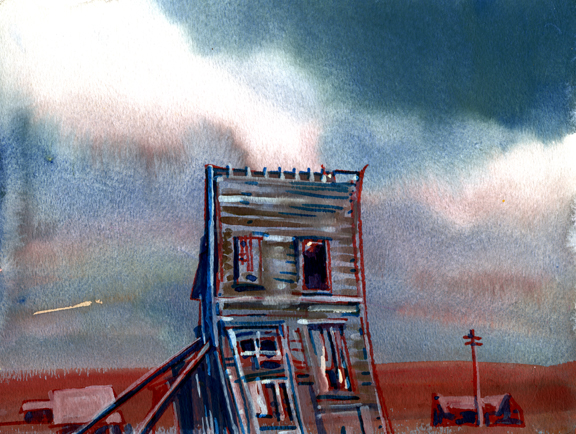 
Perhaps some of my friends and classmates can relate. An alternate title could be, "Bodie Boze Bell" since the sagging building is taken from a photo of a leaning wreck in the ghost town of Bodie. I took one look at it and thought to myself, that's exactly how I feel! A leaning wreck, but still standing with some side support.

Yesterday I wore my Rolling Stones T-shirt to the doctor's office to get a physical. The attending doctor looked very old to me, if I had to guess, he was in his late seventies, or early eighties. I'm sitting on the examining table and he is taking my pulse when he notices the shirt. "Did you ever see them?"

Yes, I told him I have seen the Stones six times, including the infamous 1972 tour that the T-shirt represents. The doctor says, "I missed them in DC back in the eighties. I'm too young." The doctor is younger than me! 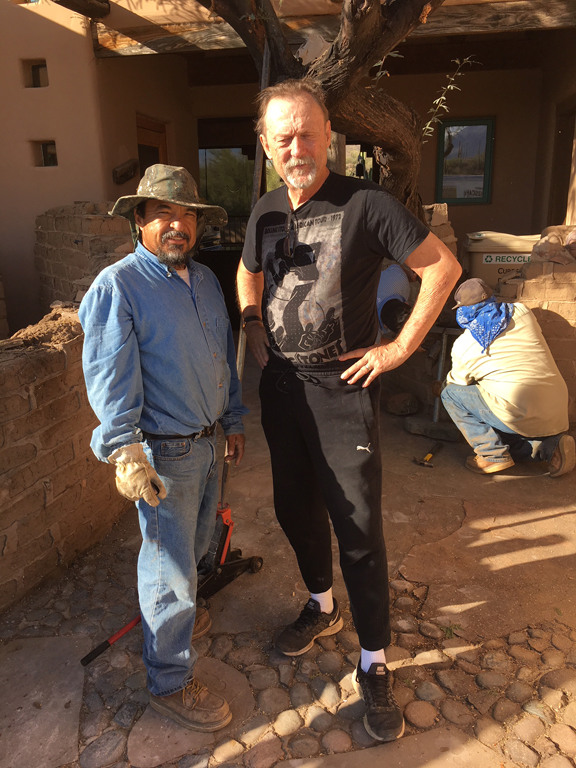 The tree doc is Ismael Garnica and that is the Rolling Stones T-Shirt I was wearing at the doctor's office. And, for the record, this is what seventy looks like.

Meanwhile, after the doctor handed me off to the tech who was going to draw my blood, the lab guy sees the shirt and says, "Did you ever see them?" This time I just nodded my head, then he says, "I always loved the Beatles growing up. Did you ever see them?" I said, "Yes, August 20, 1964 at the Las Vegas Convention Center." His eyes got wide. "Really? You actually saw them?!" He said this like it was an ancient revelation from another century (which it was) and his wonderment made me feel good, but then I realized, that concert was over a half century ago (the blood drawer was born in 1980) and it would be like me as a kid, hearing a guy say, "Yes-sir-ee Bob, that second Bull Run was terrible. Musket fire and cannonballs rippin' by my ears. Like'ta' deafened me."

"Old is twenty years older than you are now."
—Old Vaquero Saying