Billy the Kid Going The Other Way

November 17, 2017
I was getting beat up on Facebook about our proposed cover of Emilio Estevev in "Young Guns" and the real Kid. Buffs were berating Emilio's tie-down and so I called our Art Director, Dan "The Man" Harshberger, and when I told him the problem with the tie down he chortled and said, "He's got a tie down on both legs!" So, I asked him to reverse the images and take out the tie downs and here is how it looks going the other way: 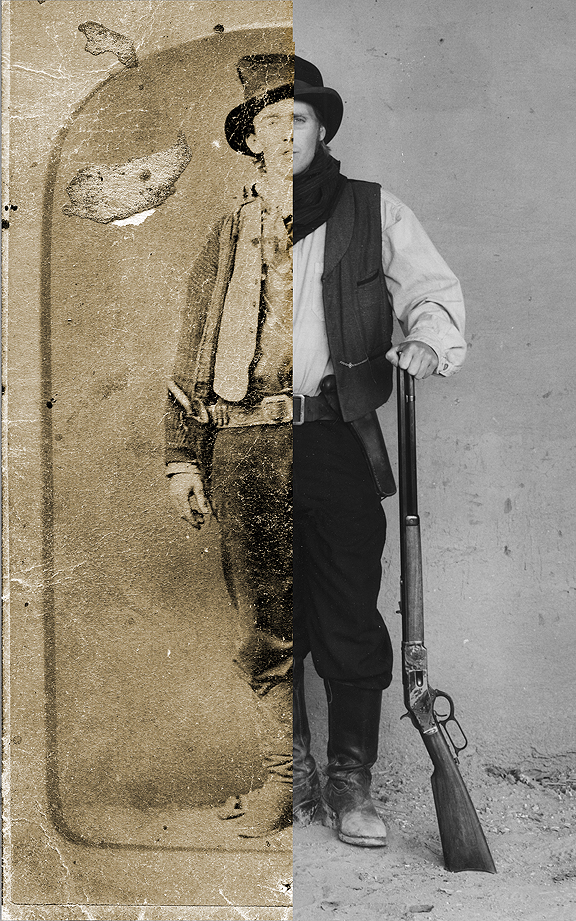 Billy the Kid: Split Down The Middle"

In addition to this, everyone is asking me about the new Billy the Kid photo that appeared in the New York Times. Is it really him? Here is my take on it:

Is it Billy the Kid?

"Rile up the natives, but Advise persons not to engage in killing."