Son of A Gun: The Return of "Young Guns"

November 15, 2017
Here's another sneak peek behind the curtain of our forthcoming Historically Accurate Westerns feature. One of our cover ideas was to take the real photo of Billy the Kid and mash it up against Emilio Estevev as the Kid, in the same pose. I remembered seeing the Emilio version in the Lincoln County Heritage Trust movie auditorium, in Lincoln, New Mexico, where they have it on the wall, framed. But when I tried to get someone there to take a photo of that picture, I hit a dead end.

So, I went straight to the source and contacted the Man who created the whole franchise: two movies, so far, and a TV show in development (Morgan Creek is in preproduction on a series, "Young Guns," and they have 48 episodes scheduled for the shoot, so someone is serious). Anyway, John Fusco graciously had the photo reshot from an original poster in his barn and sent me a high res scan. We ended up with this Frankenstein-ish cover, which some on the staff hate, but I think it has some freakish charm: 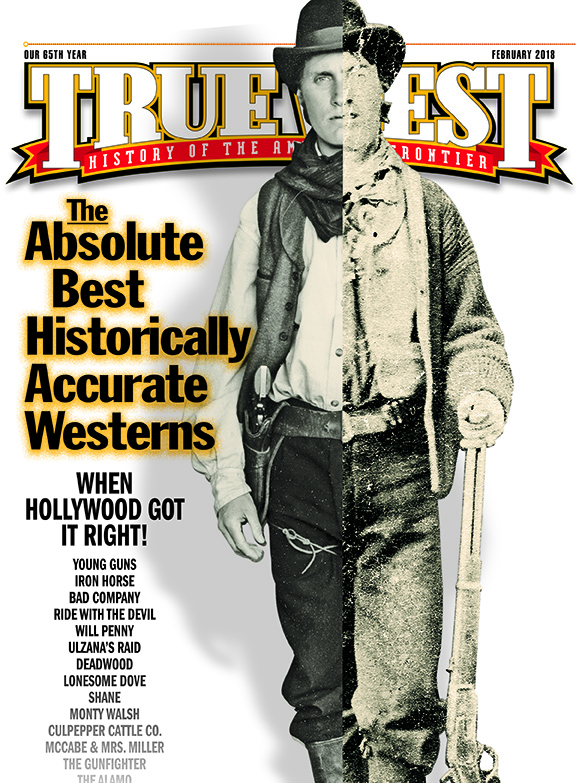 I asked Mr. Fusco to give me the background of the film and the taking of the photograph and here is what he sent me:

When Young Guns was released in 1988, its Number One opening at the box office was tempered, for me, by a critical bashing that assumed the movie was a contrived Hollywood ploy to put the “Brat Pack on Horseback.” Nothing could have been further from the truth.
I’ve been fairly obsessed with the historical Billy the Kid since I was a kid. It started with the famous tintype photo in a book on gunfighters; the image of Kid Antrim did not seem to square with the popular legends and the movie portrayals fueled by such myth. I wanted to know who the unvarnished Kid really was.
Years later, soon after starting my filmmaking career, I drove the Billy the Kid Trail alone in a jeep (searching for Blazer’s Mill, etc), spending a good deal of time in Lincoln, New Mexico, quietly researching and absorbing sense of place, interviewing old-timers and spending nights holed up with 1880s newspapers and every serious text on the Kid I could find.
When I wrote the script on spec (against the panicked advice of my agents, who claimed that the Western had been dead for 20 years), I approached it with an ample degree of imagination and liberty, but always following the historical signposts and mining the obscure nooks and crannies of true-life characters and unexplored conflict. The Murphy-Dolan faction versus John Tunstall, Irish-English conflict, attorney McSween and the Regulators—that was material I always thought was more compelling than the myth of the lone “left-handed gun” dressed in black and whistling sad ballads.
The fact that the young age of the Kid—and many other participants in the Lincoln Wars—lent itself to casting opportunities was just a bonus. The studio I sold the spec script to (much to the delight of my shocked agents) saw the marketing gold there, but it all started with me and a lifetime fascination with the history.
Every young male star, from Sean Penn to Tom Cruise, wanted to saddle up for the movie. After we cast Emilio Estevez as Billy, the actor joined me for another research trip to Lincoln and an immersion period (during which he bought a mint 1881 Colt Lightning with his own cash, eschewing the prop guns). Emilio, too, became obsessed with the history.
How that history became myth—even in the Kid’s lifetime—is dramatized some in both Young Guns I and II, and that’s something that meant a lot to me. Wherever I could get in verified quotes (“many a slip twixt the cup and the lip”) from the historical Kid, I did, weaving it into the dialogue. The day that we replicated the taking of the tintype photo, I got into a scrum with the studio. They said we were taking too long to get the tintype right. In fact, they didn’t see what the damn shot represented. For me, and Emilio, it exemplified the commitment to authenticity and those signposts; and that was a full-circle moment for me, as it was that Upham photo that started the obsession.
If I was to write the script today, would I do it differently? I’m an 'old gun' now and value restraint and purity of authenticity a lot more. Audiences are also more demanding of historical ballast—and I greatly appreciate that. But then the strange Neo-Western that has became the iconic Young Guns would not exist, nor would the generations of fans who developed an interest in the Old West because of it.
My proudest moment during the experience was hearing Dr. Paul Hutton reference Young Guns as one of the more historically-accurate portrayals of the Lincoln County War. That meant a ton to me.
Recently, with the run of my Original Netflix series Marco Polo, historian John Man said something to me that I think could apply to Young Guns. Man said, "As long as you know the true history—which clearly you do—you can wring truth from the facts through dramatization that might not resonate as deeply otherwise." 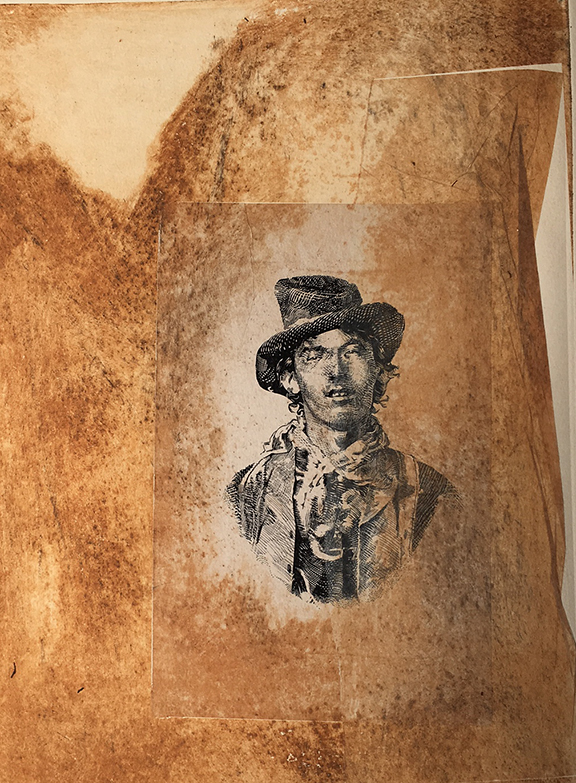