Ross Takes One From The Heart for "Shane"

November 11, 2017
My partial list of historically accurate Westerns from yesterday, elicited some pretty strong comments from a whole lot of readers and movie lovers, but this one takes the cake: 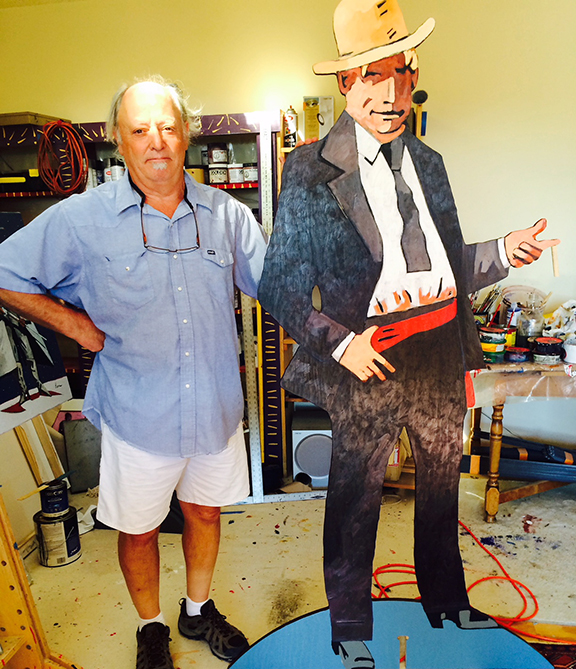 Artist Thom Ross in his studio with Charlie Russell cutout


One From The Heart for "Shane"

"Well, for me 'Shane' would top the Gooseberry List (I asked Thom what Western gives him the Gooseberries), and I'll tell you why....but first:

"Schaffer's story was inspired by the Johnson County War and that comes thru very clearly (and more so, and earlier, in the movie then in the novel)....it asks The Great American Question of "whose land is this anyway?"

"And, to be sure, Ryker (Emil Meyer & his men) are shown to BE bad, but not really evil (that arrives later in the slow-walk of Jack Palance's horse).

"The very real fear that the homesteaders have towards Ryker and his men and how Ryker's men never miss an opportunity to harass the homesteaders.....it's all very real....especially the shooting of "Stonewall" Tory.  When Wilson guns poor Tory down in that muddy street it just hits POW.   That poor sap was really shot and killed by a very powerful bullet.  (When Peckinpaugh saw that he knew that the western was headed into deeper waters!)

"But what IS interesting is that there is the scene where the family is coming back from the 4th of July dance.  Waiting at their gate is Ryker, his brother Morgan (John Dierkes) and Wilson (Jack Palalnce) and what happens next is very unusual: the director (George Stevens) allows Ryker to make a case for HIS vision of the land and he makes some good points in his favor.  This is HUGELY rare for the "bad guy" to be allowed to make an honest case for his rights as he sees them.  Maybe he really isn't all that bad......but the presence of Wilson shows just how close he is to BEING not only bad, but evil. 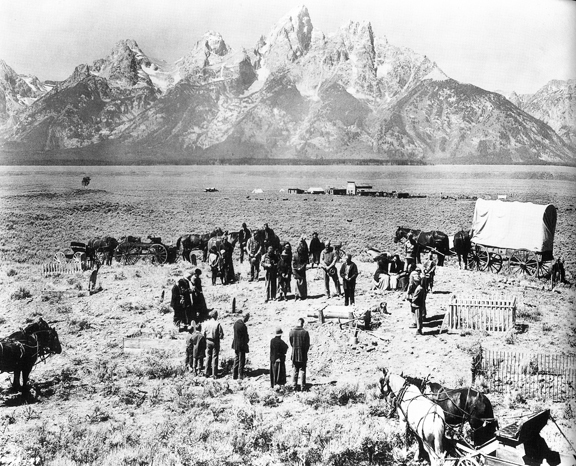 "Like several other movies the heroic gunfighter (in this case Shane) knows that his time is over....he even says so to Ryker right before the final shoot-out.  And in his last statement TO Ryker, Shane includes Ryker as a fellow anachronism.....a man who has outlived his own time in the same way that Shane has.

"And the final gunfight itself is over very quickly...no drawn out saloon shoot-em-up.  Ryker and Wilson are dispatched in a heart-beat.  Then there is that lull where Shane holsters his pistol, unaware of Morgan upstairs with the rifle.  And then in another intensely short burst of gunfire Shane dispatches Morgan. 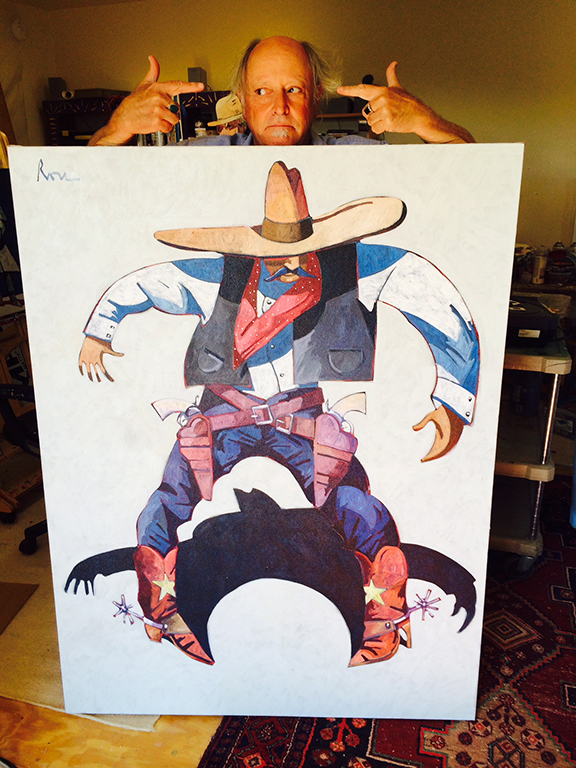 "And Marion, the mother/wife, is drawn to Shane in a very real human way.  When first seen she is dressed as a man...work shirt and pants; but as the movie moves along she dresses more and more like woman....a woman almost "on the make".  As Shane gets set to ride into town to face Ryker, she even asks, "Shane, are you doing this for me?"  But when the two finally must part, she shakes his hand rather then jumping into his arms covered in tears.  It's beautiful because the love is obviously there, we don't need to see it.

"And thru it all is Shane himself.  In the novel he is dressed EXACTLY like Wilson is!  But in the film, to avoid frightening the audience with a menacing, darkly clad Shane, he wears organic buckskins and a white hat that almost resembles a halo.....and Alan Ladd's near-angelic face......and all underscored by that great music of Victor Young.....this realistic western has myth all over it."

"Now, on a more personal note.  I lived in Jackson (where Shane was filmed) from 1977 until 1986.  It was my adopted hometown and holds many cherished memories.  But as I have gotten older and those memories fade further and further away I now realize that I was that little boy (although I was 23 when I moved there, not 10 like Little Joey is in the film).  And then Shane enters the valley and straightens it all out before moving on. And when Shane leaves the valley I know now that it is ME, myself, now leaving the very same valley as an older, and maybe wiser, man!  So I KNOW that it is a young ME who calls out to the departing older ME....."Shane!  COME BACK!"....and I can't "come back" in any kind of permanent way anymore than Shane can. So when I watch the film now with that kind of personal interpretation to it...why, it slays me.  And though unlike Shane I have "come back" to Jackson Hole, it will never be the same.....and every time I leave it I become saddened and I guess I cry for myself.

"So I see Shane as the movie that it was intended to be, and for the mythic qualities it has, but also, for me, as a kind of melancholy "home movie" about myself, my lost childhood, and my growing old....in fact, the very last time we see Shane in the movie he is, indeed, riding thru the graveyard!

"So now I am no longer able to judge these things unemotionally, "Shane" is now, far and away, my favorite western of all time and the greatest western ever made.  Chalk that one up to my heart."
—Thom Ross, artist, fellow Hat Nazi, and crazy amigo 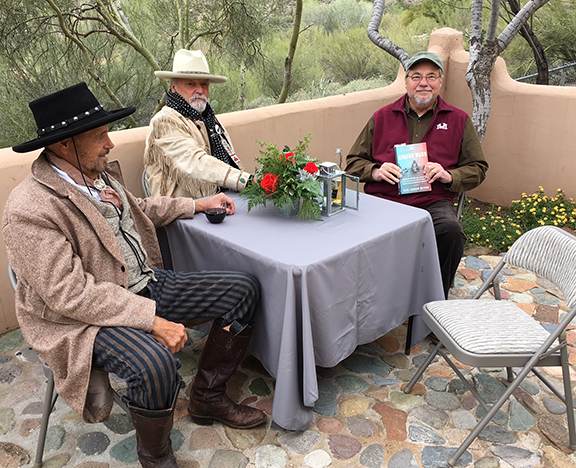 "And you thought I was out there."
—BBB