November 20, 2017
I've got to hand it to Dr. John Langallier, who just returned from a road trip to LA and brought me a slew of very cool still photos for our big, Historically Accurate Westerns feature. John sure knows how to find rare gems: 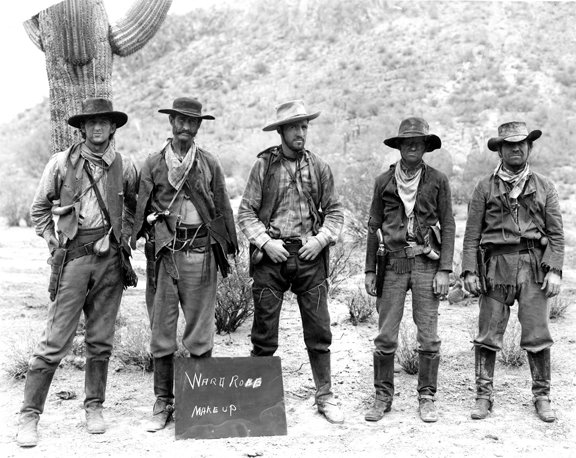 Those guys look darn good with a couple nitpick criticisms. And this is pretty early. Shows you people have been trying to get it right for a long time.

Here's a jaw-dropping set with a specially built train that had to be packed in, piece by piece to the set. Check out the steam rising from the multiple chimneys and the hordes of extras snaking back up that street. 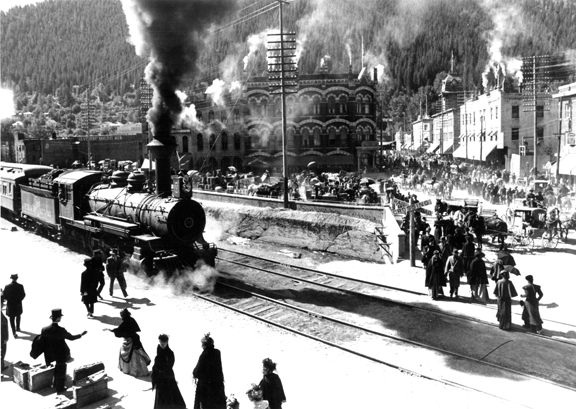 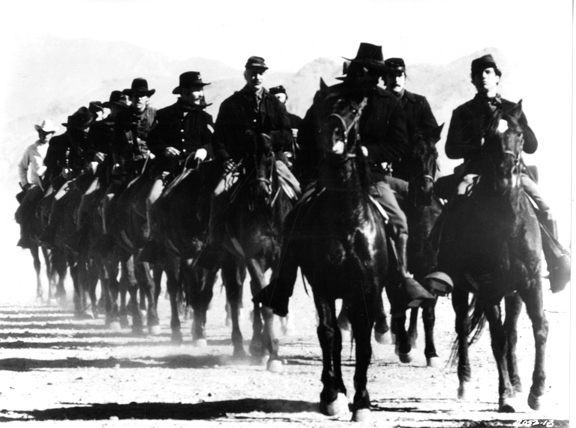 Great photo and it looks really authentic, except for that wrangler at the end of the line in the 1972 Resistol. This remind me of a great quote about directing:

“It is all detail, detail, detail. A hundred million, thousand, billion details. When it's raining and your girlfriend or your wife is saying, 'Why aren't you doing such and such?' and the person you are working with has to go home and return a call to his press agent, and lunch is being served, and the head of the union says, ‘Well, you have to stay out there for another 10 minutes because they have to have coffee,’ and then the camera breaks down, and there is noise, a plane flying over, and this wasn’t the location that you wanted... are you going to have the energy to devote to the detail of saying, ‘That license plate is the wrong year’? That’s where the stamina, the real fight comes in.”
—Warren Beatty