Painting Until The Cows Come Home And Punched In The Nose With A Sombrero?

May 29, 2018
Had a grand weekend. I was home alone (Kathy is in Korea serving with the troops there), and I basically painted until the cows came home. 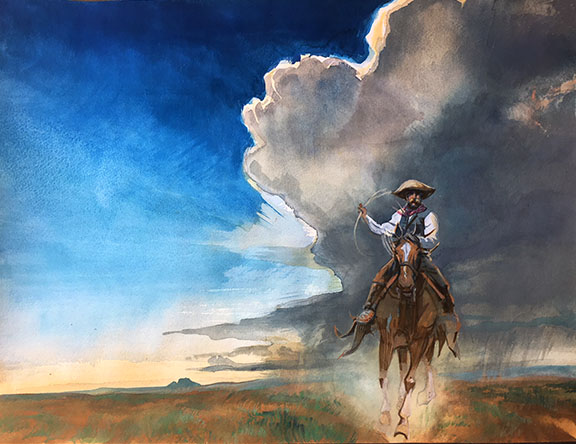 The second edition of my first Old West book, The Illustrated Life & Times of Billy the Kid, has sold out and we are going into a third printing. One of the sequences I wanted to take another run at is this one: 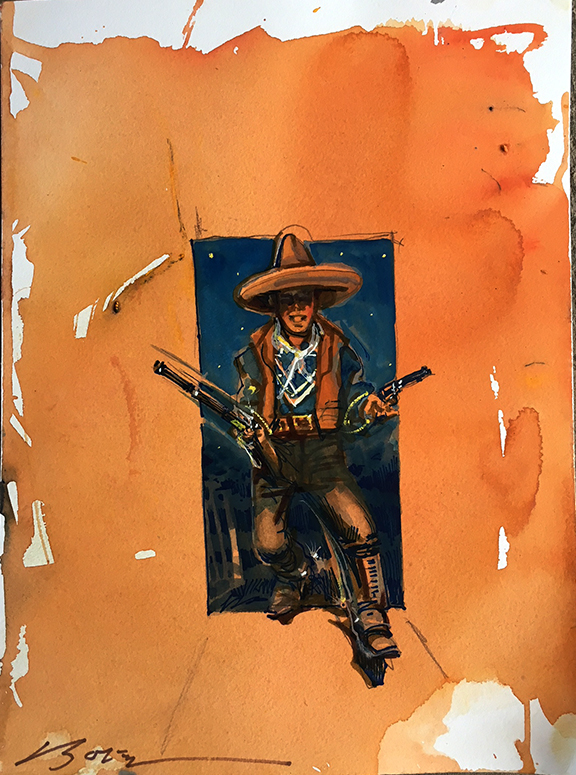 "I heard a knock at the door, and I called out, 'Come in.' The door opened somewhat slowly and carefully, and there stood the young fellow generally known as the Kid, his Winchester in his right hand, his revolver in his left."
—Lew Wallace, remarking on the events of March 17, 1879

Earlier, the Kid jumped out of a burning kitchen into the face of the blazing guns brandished by his awaiting enemies, and, at the moment, he became the most famous man in New Mexico: 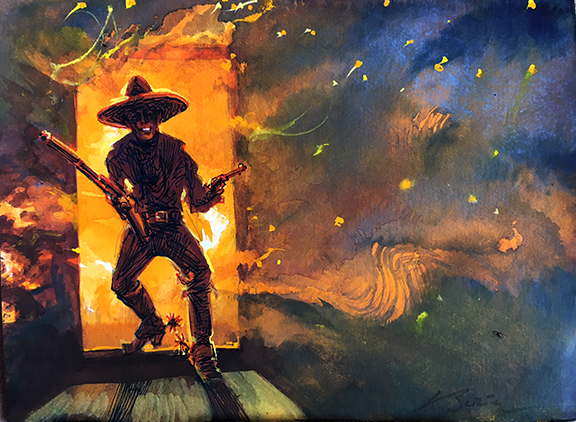 Two years later when he was shot down in the Maxwell house, he became one of the most famous outlaws in the history of the West, rising above the mountains to claim the turbulent sky. 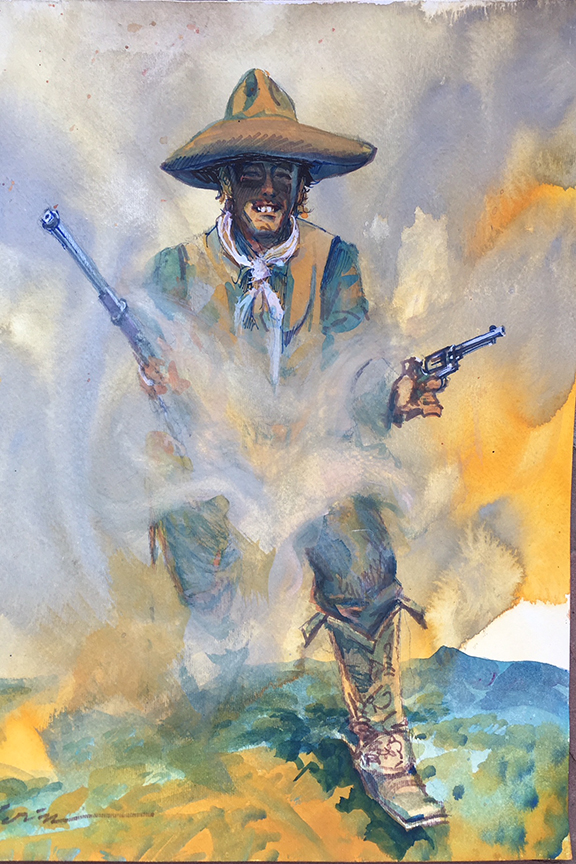 Daily Whip Out: "The Kid In Turbulent Skies"

I also had fun with a couple other subjects: 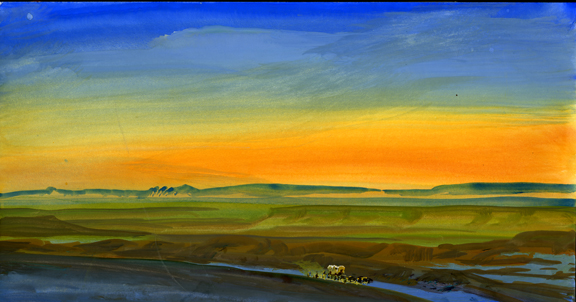 Daily Whip Out:
"The Oatman Wagon Train, Down to One" 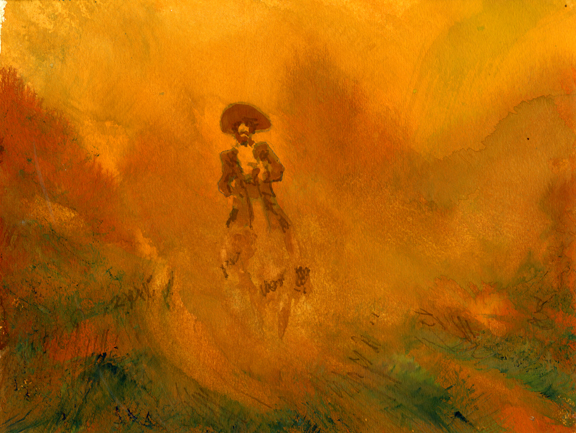 Yes, this is one I couldn't leave alone and had to "fix" over the weekend. I also took a run at a scratchboard, idea I have been noodling: 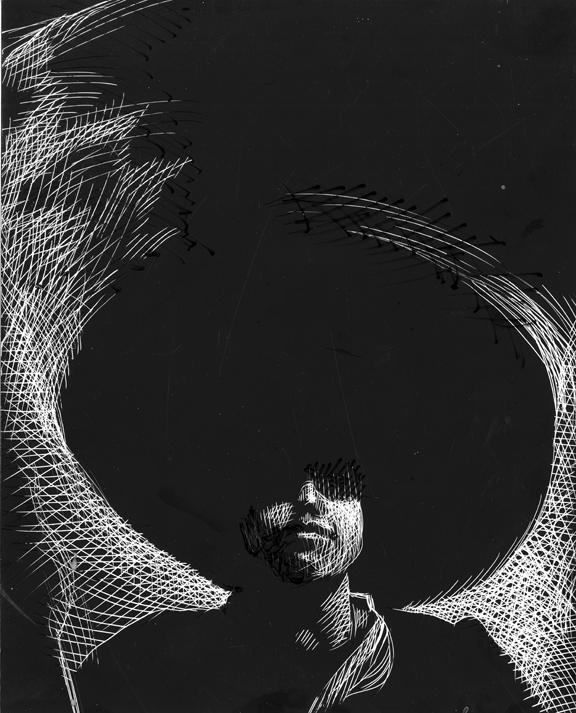 Speaking of big, bad sombreros, I read with some interest about a computer generated joke writing program called The Headlinertron, which tries to capture the awkward incoherences and flashes of brilliance associated with open-mic stand-up comedy. The computer program was created by C. J. Henderson and he claims he created the monster by importing transcripts of shows from Dave Chappelle, John Mulaney, Sarah Silverman and Chris Rock. Here is an example: